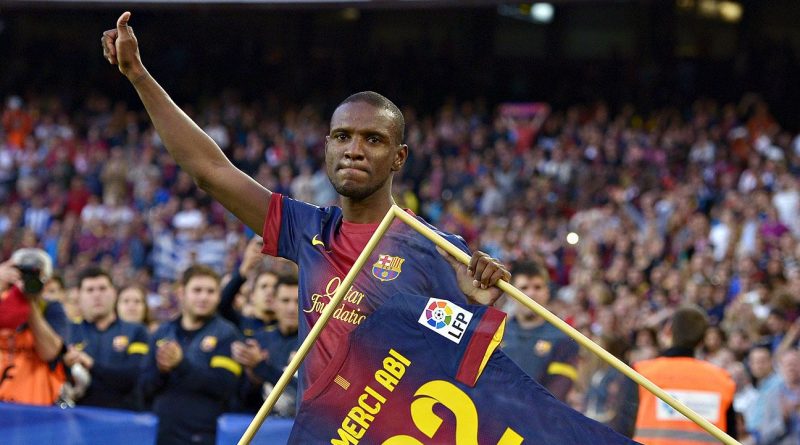 It would have happened three years ago if Joan Laporta had returned to the Barcelona presidency. Laporta went head-to-head with Josep Maria Bartomeu in the club’s elections and he thought he had a trump card: Eric Abidal. If he was elected, he said, fans’ favourite Abidal would return to Camp Nou as the club’s sporting director.

Boosted by a Treble under Luis Enrique, though, Barca’s members decided to stick with the status quo. Bartomeu saw off the Laporta challenge and the job destined for Abidal went to Robert Fernandez instead.

Bartomeu was always keen to have Abidal involved with the club in some capacity. The only issue was Abidal’s initial reluctance to work with a board that, at times, have come in for heavy criticism. The Neymar transfer has dirtied the club’s name and former president Sandro Rosell, who was replaced by Bartomeu, is currently in jail.

Abidal finally relented and agreed to return to the club in 2017 in an ambassadorial role and now, three years later, lands the job Laporta had said he would give him. He replaces Robert, who will not have his contract renewed when it expires at the end of June.

During his time at the club, Robert has overseen 12 signings and the expenditure of north of €440 million — although a large chunk of that came from the Neymar sale. However, the incoming players have been hit and miss and the idea at Camp Nou is that a lot of work still needs to be done on the squad this summer. Abidal is not inheriting an easy job and he is untested in this type of work (although he will be aided by Ramon Planes, who has previously worked in a similar role for Espanyol, Tottenham and Getafe, who joins Barca as his assistant).

The former Barca player — he played for the club between 2007 and 2013, beating cancer twice during his time in Catalonia — will work with former Liverpool technical manager Pep Segura. Segura’s role as Barca’s general manager places him above Abidal in the pecking order, but it’s the ex-France international’s face which will be connected with the club’s transfer business from now on.

Diario Sport have reported that Abidal’s first task is to convince Antoine Griezmann to join the club. One month ago there was a certainty around the club that the Atletico Madrid forward would join for his €100m release clause on July 1.

Now there are doubts. Griezmann doesn’t even seem sure whether he should move to Barca or stick at Atletico, where there’s a new contract on the table.

With time running out before Griezmann’s self-imposed deadline — he’s said he will make an announcement on his future before the World Cup — Barca will look to Abidal to swing the deal their way. Not long retired, they hope his ability to interact with the modern player will help bring his compatriot on board.

On a similar note, Barca see in Abidal someone who can act as a go-between between the dressing room and the boardroom. The signing committee — which includes Bartomeu, Segura, Jordi Mestre, Oscar Grau and, until this week, Robert — lacks that personal relationship. The hope was that the appointment of Guillermo Amor as the club’s director of institutional relations would help. But it hasn’t.

Abidal’s role is not limited to targeting players and taking part in negotiations. He will also be expected to be involved with renewing the contracts of those at the club — Sergio Busquets, Jordi Alba and Thomas Vermaelen (so he doesn’t leave for free next summer) are next in the queue for new terms.

That’s why it’s seen as so important to have someone who can keep the players and the directors moving in the same direction.

Lenglet and other signings

However, ultimately what will mark his time back in Les Corts will be his activity — or lack of — in the transfer market.

If he can help bring Griezmann in that will be his first big win but there are other questions Barca need answering this summer. Whether or not to sign Clement Lenglet is one of them. And then, if it’s decided that Sevilla’s French centre-back is needed, there’s the small matter of talking him into the move. With Samuel Umtiti and Gerard Pique around, he’s not guaranteed to play regularly. Manchester United and Chelsea can offer more assurances of minutes and more money.

Then there’s replacing Andres Iniesta. Is bringing Thiago Alcantara back an option? Or are Barca already covered with Philippe Coutinho, Denis Suarez and Carles Alena, who will be sidelined for the next three-and-a-half months.

All of that comes before Abidal even begins putting his own mark on the role. Maybe he has something up his sleeve?

Barca struggled to shift players during Robert’s time at the club.

This summer, there are a number of squad members they will be looking to get decent money for: Andre Gomes, Paco Alcacer, Lucas Digne, Aleix Vidal, Rafinha, Munir El Haddadi, Jasper Cillessen, Yerry Mina and Sergi Samper could all be available for the right price. Can Abidal help them kick-start their careers elsewhere while bringing in cash to improve the La Liga champions’ playing staff?

Others will take responsibility for La Masia but it’s important that Abidal has a handle on what is going on with the club’s academy. Too many players have left in recent seasons because the path to the first team has been blocked.

Jose Mari Bakero, who oversees the older age groups in the setup, says a lot of that is to do with money.

“The problem we have is that in other countries there are no clauses and everyone is offering preseason with the first teams and higher salaries,” he told RAC1 this week. “We’re talking about offers of up to €600,000 [annually]. We’re also seeing situations where bonuses of €1m or even €2m are being offered to the player or their representatives.”

However, money is not the only issue. Sergi Roberto is the most recent player to join the first team from the academy — Alena will follow this summer. Others, though, have left, their paths blocked by signings like Gomes, Alcacer and Mina.

Can Abidal help re-open the path to the first team? 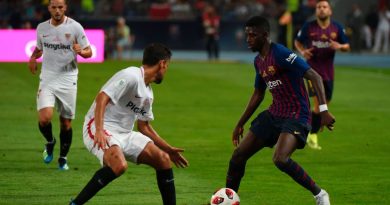 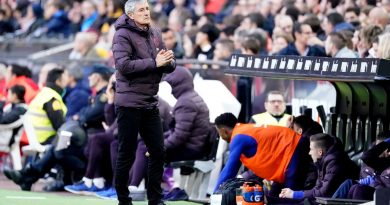 Jan 26, 2020 ayman022 Comments Off on Barcelona boss Setien: Players still struggling to adapt to my style