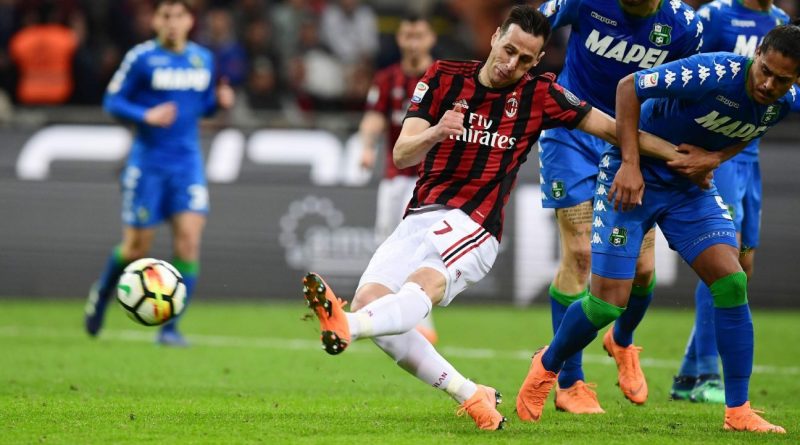 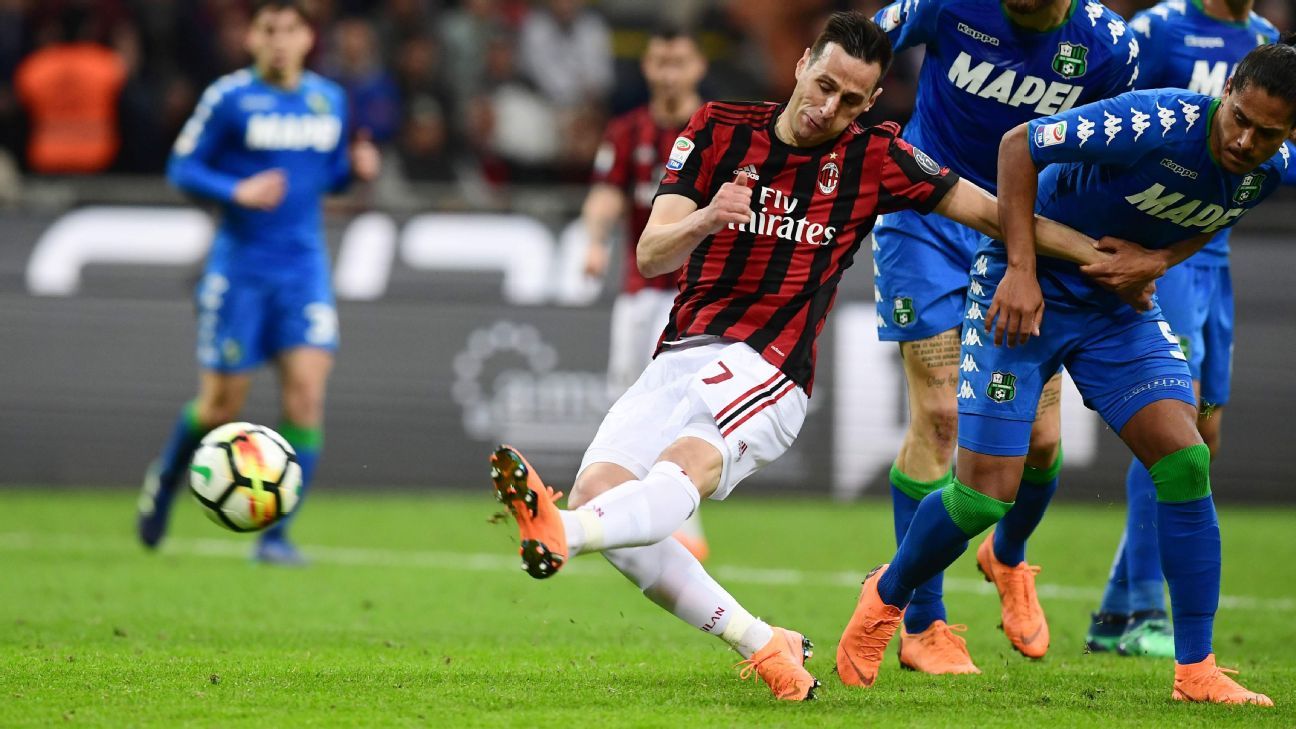 AC Milan’s hopes of qualifying for the Champions League took a hit on Sunday as they settled for a 1-1 draw at home against lowly Sassuolo.

The point leaves Milan seven points behind their city rivals Inter Milan in fifth place and eight back of Lazio and Roma, who hold the final two Champions League qualification spots.

Matteo Politano enhanced his growing reputation with a well-taken goal in the 75th minute to give the visitors the lead.

But Nikola Kalinic equalised for Milan with four minutes remaining after receiving a pass in the centre of the area and controlling the ball before turning around and hitting the target.

Leonardo Bonucci picked up a yellow card that will rule him out of Milan’s meeting with second-place Napoli next week.

Sassuolo’s draw allowed them to move past Chievo and Cagliari into 14th place, and they are now three points clear of the relegation zone with seven games to play. 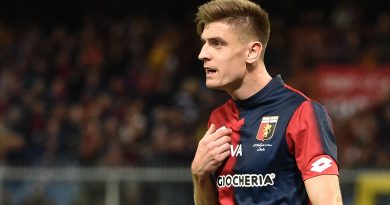 Marcotti: Piatek the first domino that needs to fall in Higuain deal

Jan 23, 2019 ayman022 Comments Off on Marcotti: Piatek the first domino that needs to fall in Higuain deal 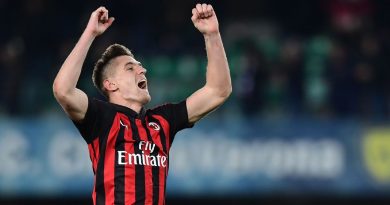 Jan 27, 2020 ayman022 Comments Off on Transfer Talk – Tottenham’s quest for Milan’s Piatek back on for January 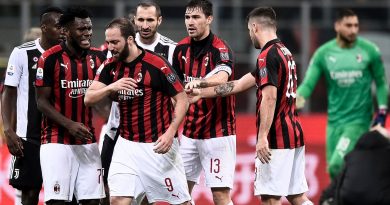 Gattuso: Higuain overreacted in sending off for Milan

Nov 12, 2018 ayman022 Comments Off on Gattuso: Higuain overreacted in sending off for Milan