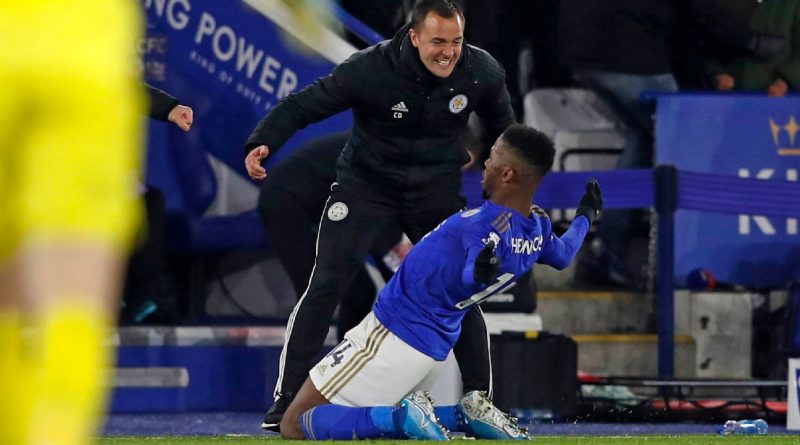 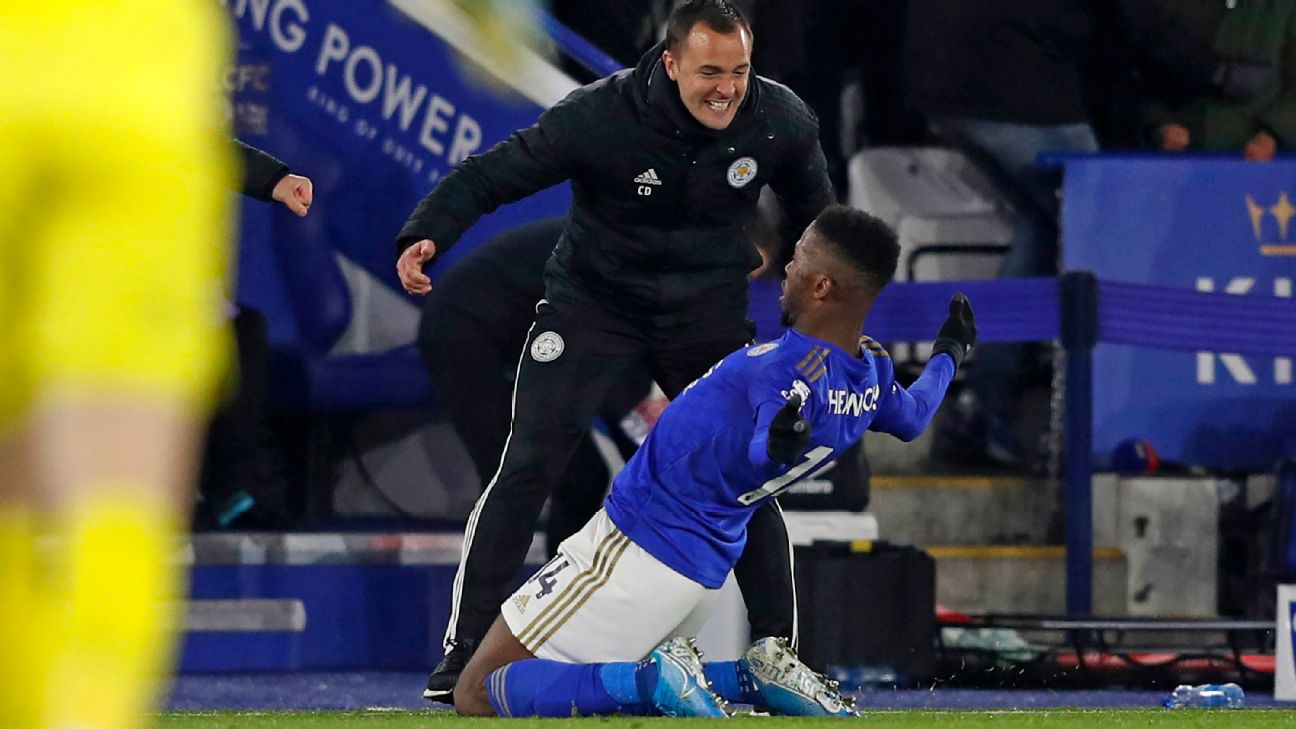 Few people doubt Kelechi Iheanacho‘s abilities, and that number will be fewer still after his man-of-the-match performance, as a substitute, against Everton on Sunday.

As if it was not enough to set up Jamie Vardy for the goal that drew Leicester City level against a gutsy Everton fighting to save their manager’s job, the Nigerian then went on to become the hero of the day, showing off the best tools in his locker, as he whipped in an unstoppable winner.

And what a beauty of a goal it was. He split the Everton centrebacks with a superb run, held his line perfectly to receive Ricardo’s through ball before using his excellent foot skills to lose one defender and plant home a peach of a desperately needed winner.

For a man who had not seen Premier league action all season, this was a strong and remarkable statement of readiness. And one he needed to make with some emphasis.

It is fair to say that the 23-year-old has not had much of a fair shake at Leicester this season. Down in the dumps after a horrible miss against Manchester City last season, and then given a public roasting by Nigeria coach Gernot Rohr for not taking training seriously, Iheanacho was left out of Nigeria’s squad for the 2019 Africa Cup of Nations.

But he bounced back to fire home three goals in two preseason games for the Foxes. The expectations were that those pre-season performances would be the springboard for extended Premier League minutes.

Alas, it was not to be. He sat out the first two games of the season, played and scored in a League Cup win over Luton Town and then failed to even make the matchday squad for the next few league games until a match day 7 fixture against Newcastle, where he again sat out the entire 90 minutes.

Fourteen matches into the Premier League season, Iheanacho had only been on the match day squad five times. On none of those occasions did he get on the pitch.

True, Kelechi’s talent has never been in doubt. What may have been in question however, was if, having spent so long on the sidelines, he would be sharp enough to take his opportunities when it was presented.

It is a credit to the lad’s focus and professionalism that when he came on for Ayoze Perez after 62 minutes, there was no sign of the match rustiness that would have been expected of a player in his position.

Instead, he proceeded to propel Leicester City to a gritty, stuff-of-champions win against a difficult opponent.

“Kelechi is a wonderful demonstration of someone who trains with a great attitude every day,” Foxes manager Brendan Rodgers said in his post game remarks. Rodgers took some time to speak to Iheanacho before the striker went on, and he explained that it was about giving him the confidence he needed

He’s very much there for the team and I think he showed his quality today.

“His set-up play was very good when came into the game, he was aggressive, he was strong, and he had an assist and then he scored a wonderful goal, so it was a brilliant performance by him.”

The matter of that confidence was addressed earlier in the season

A striker needs confidence. That confidence comes from scoring goals, but scoring goals can only come from seeing minutes on the pitch. Leicester, sitting pretty in second and challenging Liverpool, are justifying their manager’s selections, which leaves Iheanacho in something of a limbo.

Does he stay and wait it out? Or does he move elsewhere to get the minutes he needs to build both his goal scoring and confidence? It all depends on what happens over the next few weeks.

The question of his confidence has now been rendered somewhat moot after that display.

But he will need to do so on a consistent basis. And with the festive fixtures coming up thick and fast, he may just get those opportunities.

Opportunities which might present a chance to repeat what he did on Sunday and put himself in the shop window for clubs that will give him the minutes he needs, or convince Rodgers to give him more consistent runouts.

Few sights were as moving as the sight of the entire Leicester team piling on Iheanacho once VAR confirmed his goal. It could be down to the importance of the win. But again, the genuine affection shown by the players showed that perhaps, there is empathy for a long-suffering fellow professional finally coming good.

My man @67Kelechi!!! Man of the match – so deserved. But what a group to be a part of! #LCFC #Team @LCFC @ProperFootball_ pic.twitter.com/qrSkVsCMON

“I’ve been waiting for this opportunity,” the striker told Sky Sports. “I knew one day it was going to come. I’m happy today to get the goal and to assist Jamie. “You can call me Mr. VAR,” he quipped. “I knew it was a goal, I was onside, [and I’m] happy that VAR gave me it.”

January is not too far away now. If he cannot get time on the field with Leicester, then he has shown that he has the talent to succeed elsewhere and he should make that move.

Elsewhere in the English Premier League

Serge Aurier is a player at an earlier stage of his own revival this term, and the Tottenham Hotspur fullback continued his resurgence under Jose Mourinho with an excellent display as Bournemouth were dispatched 3-2.

The Ivorian was a dynamic presence down Spurs’ right flank, creating two goal-scoring chances and making a series of key defensive contributions.

Pierre-Emerick Aubameyang double for Arsenal away at Norwich City wasn’t enough to ensure Freddie Ljungberg’s interim tenure got off to a winning start, although it did take the Gabon international up to 10 goals for the season, while Lys Mousset continued his hot streak with the opener for Sheffield United away at Wolverhampton Wanderers.

Wilfried Zaha and Jefferey Schlupp netted in a 2-0 victory for Crystal Palace at Burnley, but Ismaila Sarr‘s 24th-minute goal for Watford wasn’t enough to prevent defeat at Southampton — or save the job of Quique Sanchez Flores.

In Italy, Jeremie Boga was the star African performer of the weekend, equalising for lowly Sassuolo as the Serie A minnows threatened a shock result at Juventus.

The reigning champions had taken a 20th-minute lead through Leonardo Bonucci, but Boga pinned them back with a delicious chip over the helpless Gianluigi Buffon two minutes later.

Francesco Caputo then gave the visitors an unlikely lead before Cristiano Ronaldo struck from the penalty spot in the 68th minute — although it wasn’t enough to prevent Internazionale leapfrogging Juve into top spot in Serie A.

Ivory Coast international Boga, highly rated during his previous time at Chelsea, has now scored four in the Italian top flight this term — a career best.

Ramy Bensebaini‘s Borussia Monchengladbach remain top of the Bundesliga after downing Freiburg 4-2, and they have now opened up a four-point gap to fourth-placed Bayern Munich after the reigning champions were stunned 2-1 at home by 10-man Bayer Leverkusen.

Franco-Malian wideman Moussa Diaby continues to impress on Leverkusen’s right flank after signing from Paris Saint-Germain, the 20-year-old consistently getting the better of Alphonso Davies and Ivan Perisic, ending the game with four completed dribbles and two goal-scoring chances created.

Borussia Dortmund are one point behind Bayern after defeating Hertha Berlin 2-1 away, with Achraf Hakimi, restored to a wing-back role, contributing the decisive assist — his fourth of the season — to set up Thorgan Hazard in the 17th minute.

Thomas Partey‘s Atletico Madrid came up short in the big game of the weekend in La Liga, Atleti defeated 1-0 at home by Barcelona after Lionel Messi’s 86th-minute intervention.

It was a frustrating encounter for Thomas, who wasn’t at his usual commanding best after receiving an eighth-minute booking that subsequently limited his impact and the tenacity with which he could limit the influence of Frenkie de Jong and Ivan Rakitic.

He nonetheless ended the match with game highs of four tackles and five interceptions.

Lago Junior scored his fourth goal of the season — from the penalty spot — to give Real Mallorca hope of a comeback at home against Real Betis, but the hosts failed to equalise in a 2-1 defeat and lost Ghana’s Lumor Agbenyenu to a 91st-minute red card.

The Ivorian forward is proving to be one of the revelations of the season, having not scored in a top flight league before this term.

Villarreal’s Andre-Frank Zambo Anguissa and Eibar’s Pape Diop were also on the scoresheet in losing efforts to Valencia and Real Sociedad respectively.

All but one of the Ligue 1 games played this weekend featured an African goal scorer, demonstrating the influence of the continent’s stars within the division.

Habib Diallo of Metz is the top scoring African international in the league this season, and he netted his ninth of the campaign as the Grenats held Nimes 1-1 away on Saturday.

He’s now only one goal behind France Under-21 international Moussa Dembele of Olympique Lyonnais, himself eligible for Mali, although it was Ivorian Maxwel Cornet who excelled for OL this weekend — scoring the equaliser in their 2-1 victory at Strasbourg.

Nigeria’s Victor Osimhen also returned among the goals to take his tally to eight in 14, as he netted for the first time in Ligue 1 since early October.

The Super Eagles striker ended his four-game goalless run in the top flight from the spot to secure a 1-0 victory for Lille at home against Dijon.

Josh Maja, Gael Kakuta and Andy Delort were among the other high-profile African players to find the net this weekend. 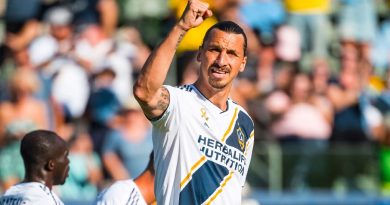 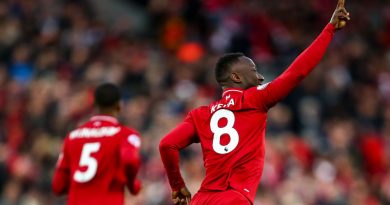 Apr 26, 2019 ayman022 Comments Off on Keita scores within 15 seconds for Liverpool’s fastest ever Premier goal 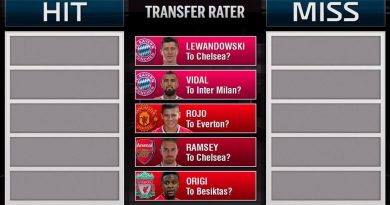