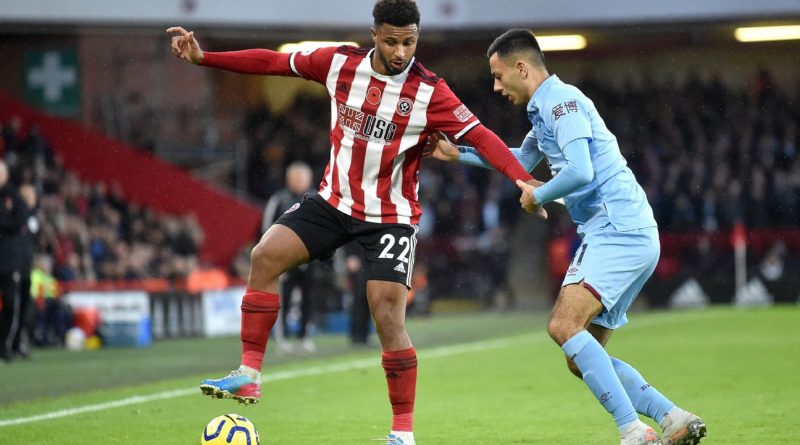 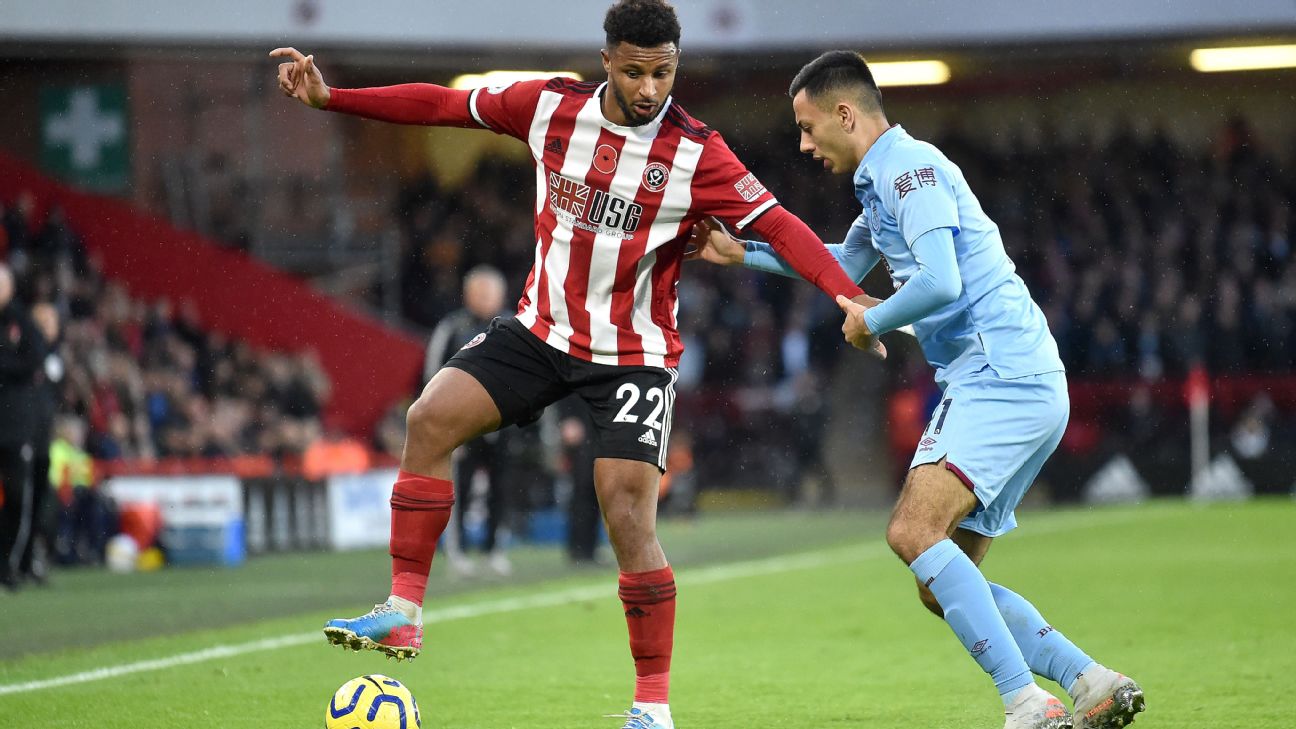 Sadio Mane scored a last-minute winner for Liverpool as they picked up maximum points against Aston Villa in the English Premier League action on Saturday, prompting a stinging response from Manchester City manager Pep Guardiola.

Manchester City toiled to their own late 2-1 victory over Southampton at home on Saturday, and Guardiola opted subsequently to take a snipe at Liverpool hero Mane, accusing the attacker of being a diver after the striker had been booked for simulation before netting the late winner.

“It has happened many times, what Liverpool have done, in the last few years,” Guardiola told BBC Sport when asked about the Reds’ late comeback.

“It’s because [Mane] is a special talent.

Having lost their 100% record in the top flight against Manchester United at Old Trafford on Oct. 20, Liverpool cut it fine before claiming all three points against Villa — coming from behind as they had done against Tottenham Hotspur six days previously.

Mohamed Salah netted the winning penalty against Spurs, but he was ineffective against Villa before being replaced by the lively Alex Oxlade-Chamberlain in the 65th minute, with Jurgen Klopp seeking to revitalise his side’s attacking options as they went in search of an equaliser.

Trezeguet had opened the scoring for the hosts with a 21st-minute close-range volley, becoming the eighth Egyptian to score in the Premier League in the process, before Andy Robertson equalised when he met a delicious Mane cross three minute from time.

The Senegal international then netted the winner in the 94th minute, when he headed home a Trent Alexander-Arnold corner at the near post. It could prove to be yet another critical intervention as the Merseysiders look to end their three-decade wait for the title.

“He got the yellow card, and when you see it back it was not diving,” Klopp said after the match, in defence of his star striker. “There was contact, but it’s a decision we have to accept.”

Mane’s strike takes him up to six goals in 11 Premier League outings this term, although he remains two behind Pierre-Emerick Aubameyang — Africa’s top scorer — who added his eighth of the campaign in Arsenal’s 1-1 home draw with Wolverhampton Wanderers.

Perhaps Africa’s top Premier League performer of the weekend, however, was Sheffield United’s Lys Mousset — again — as the Franco-Senegalese forward maintained his fine form with a trio of assists at home against Burnley.

Having scored twice in his previous two matches, Mousset demonstrated another side to his game in becoming only the fifth player in Premier League history to assist three or more goals for a promoted side — and the first since Norwich City’s Darren Huckerby in January 2005.

Only eight players previously have contributed three assists in the first half of a Premier League fixture, and the former Bournemouth man will surely relish Saturday’s visit to Spurs with the London side looking particularly vulnerable in their 1-1 away draw at Everton on Sunday.

In Italy, Gervinho struck the opener for Parma — his third goal of the season — as they held Fiorentina 1-1 away in Serie A, while Angola’s Bastos scored an own goal for Lazio as the Rome side secured an impressive 2-1 win at AC Milan to extend their undefeated streak in the league to six matches.

The big three all struggled in Spain, with Barcelona falling to a 3-1 defeat at Levante in La Liga, while Real Madrid were held 0-0 by Real Betis, for whom Aissa Mandi and Zou Feddal proved resolute in the heart of the defence.

Atletico Madrid fared only slightly better, taking a 1-1 draw at Sevilla, with Thomas Partey picking up a booking during a commanding midfield display in which he completed two tackles and made two further interceptions.

Youssef En-Nesyri‘s opener for Leganes wasn’t enough to prevent them from falling to a 2-1 home defeat by Eibar, and Los Pepineros remain at the foot of the table with just five points from their opening 12 fixtures.

– Ogden: Mane more valuable than Salah
– Marcotti: – Are Liverpool and Man City cooling off a little?

In Germany, Amine Harit was Africa’s star performer in the Bundesliga, the Morocco sensation maintaining his fine form with a solo winner as Schalke 04 dispatched Augsburg 3-2 away on Sunday.

Harit, who participated for the Atlas Lions at the 2018 World Cup, scored just once and contributed one assist during the entirety of a troubled 2018-19 Bundesliga season, but already he has five goals and two assists this campaign.

He dedicated his goal to teammate and Senegal international Salif Sane, who had been stretchered off and taken to hospital with a significant injury earlier in the encounter.

“Difficult game, but with three points at the end, and one goal for you my bro Salif Sane,” he wrote on Twitter. “The victory was for you my man, we are all with you.”

Schalke coach David Wagner suggested in the aftermath of the contest that Sane had picked up a “serious knee injury”, but the defender offered a more positive outlook on Instagram, suggesting the injury was not as grave as first feared.

Also in Germany, Franco-Congolese pair Nordi Mukiele and Christopher Nkunku were on the scoresheet during RasenBallsport Leipzig’s eye-catching 8-0 demolition of Mainz, the latter also weighing in with two assists.

In France, as ever in Ligue 1, Africa’s stars were among the key protagonists during an engrossing weekend, notably at Dijon, where the hosts stunned Paris Saint-Germain 2-1, despite the return of Idrissa Gueye.

Elsewhere, there were winning goals for Saint-Etienne’s Denis Bouanga, against 10-men AS Monaco, and Stephane Bahoken as Angers downed Strasbourg, while Francois Kamano (Bordeaux), Yaya Sanogo (Toulouse), Habib Diallo, Opa Nguette (both Metz), Andy Delort and Junior Sambia (both Montpellier) were all also on the scoresheet. 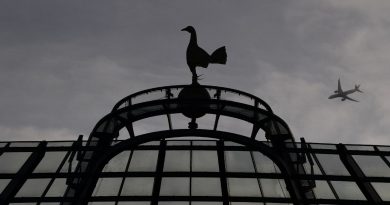 Jan 11, 2020 ayman022 Comments Off on Tottenham launch own beer brand ahead of Premier League clash with Liverpool 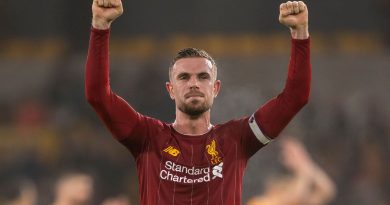 Jan 24, 2020 ayman022 Comments Off on Liverpool rise to every challenge presented to them be it Mane’s injury or Traore’s trickery 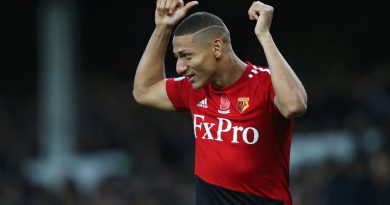