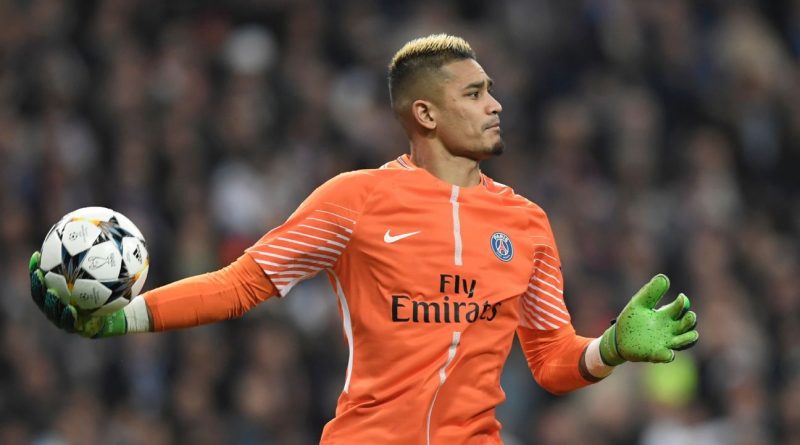 PARIS — Since Antero Henrique’s arrival as Paris Saint-Germain’s sporting director last summer, the Ligue 1 leaders have regularly been linked with a new goalkeeper. Alphonse Areola and Kevin Trapp have both been given chances under coach Unai Emery but it has only been since the start of this season, Emery’s second in charge, that one of the pair has been an undisputed first choice.

That man is Areola, who saved a first half Remy Cabella penalty to help 10-man PSG escape from Saint-Etienne with a scarcely deserved point, yet rumours persist that the French capital outfit are looking at replacing their youth academy graduate. Despite his performances, the likes of Atletico Madrid’s Jan Oblak, AC Milan’s Gianluigi Donnarumma and AS Roma’s Alisson have been linked.

Areola, now 25, has developed into a very well-rounded shot-stopper and even if he does not excel in any particular areas, he is a very solid presence for PSG behind a four-man defence. Out of contract in 2019, Henrique and team coordinator Maxwell have yet to enter into talks with the France international but Areola is focused on extending his Parc des Princes stay into the foreseeable future.

“For the moment, I have a contract until 2019,” the player recently told Ultimo Diez. “What is certain is that I am one of this club’s children: I was born here [in Paris], I grew up here, and I have lived here.

“Even if I was loaned out for three consecutive seasons, the club is in my body more than my heart: I am a true Parisien. I am especially fond of this club.

“If I have the opportunity to keep going here, to establish myself here and to develop further here, then I will not hesitate to stay.”

Areola has made one or two mistakes this campaign — notably with Nabil Fekir’s spectacular opening goal away at Lyon during a 2-1 loss in January — but his positive contributions have long outweighed the negative. He has excelled in big matches like he did against Real Madrid away in the first leg of the Champions League Round of 16.

On top of that, Trapp has hardly been faultless when given a chance to impress: just take a look at his reckless red card during the 4-1 win away at Sochaux in the Coupe de France Round of 16 back in February.

Trapp’s penalty save at Stade Geoffroy-Guichard last week was his third with PSG after facing six spot kicks. He also repelled penalties against Ludogorets Razgrad in last term’s Champions League group stage and Rennes in Ligue 1 before Christmas. Trapp is also known for his ability to keep close-range shots out but Emery has preferred Areola because of his stronger all-round game.

“In France, it is a bit of a habit of ours to talk about hierarchy,” said PSG’s No. 16 about his rivalry with Trapp. “I learned while in Spain that the hierarchy can move from one day to the next and that nothing can be taken for granted. For the Spanish, unlike the French, hierarchy is unimportant.

“That aside, the competition between Kevin and I is healthy. We work together every single day. I am not going to say that Kevin and I are best friends — that would be a lie, but we respect each other — we are moving forward together and we both feel the same way.

“The most important thing is that the team does as well as possible in every competition.”

Areola has flourished since Emery put his faith in him and the 2013 FIFA under-20 World Cup winner with Les Bleuets has 15 clean sheets during 29 appearances in Ligue 1 alone.

Trapp has exclusively handled both domestic cups but Areola is happy that Emery trusted him enough to be the starting net minder in both Le Championnat and the Champions League. That might change under Thomas Tuchel (or whoever PSG eventually confirm as Emery’s successor) but Areola will remain grateful to Emery for his trust.

“I met Unai when I was with Villarreal [on loan],” said the former Lens and Bastia man. “I had the chance to play against his Sevilla side, and I played well in both matches. We won at home but lost away from home. My performance stood out, though.

“So when he arrived in Paris, I think that played a little into his thinking. However, everybody knows that nothing was clear from the beginning. We have spoken and things are now clearer: I am happy today because I get regular game time.”

Assuming that Tuchel is the man officially confirmed by PSG as their next coach once Emery’s reign is over, Trapp may well re-establish himself ahead of Areola.

However, Tuchel or not, whoever follows Emery at Parc des Princes will have two capable goalkeepers and crucially, one that came through the youth academy, is still improving and gives the current squad some Parisien identity.

Along with the likes of Adrien Rabiot and Presnel Kimpembe, also youth academy graduates, Areola should be part of the young spine preserved by PSG this summer, saving anywhere up to around €100 million in unnecessary transfer fees with more important areas to focus on in the rebuild. 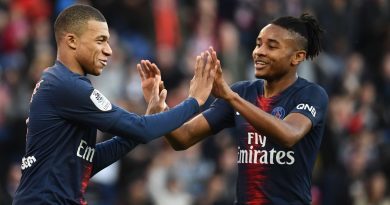 Mbappé scores his 2nd with a counter 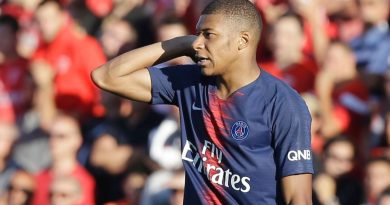 Sep 3, 2018 ayman022 Comments Off on Paris Saint-Germain’s Kylian Mbappe apologises to club supporters for red card in win at Nimes