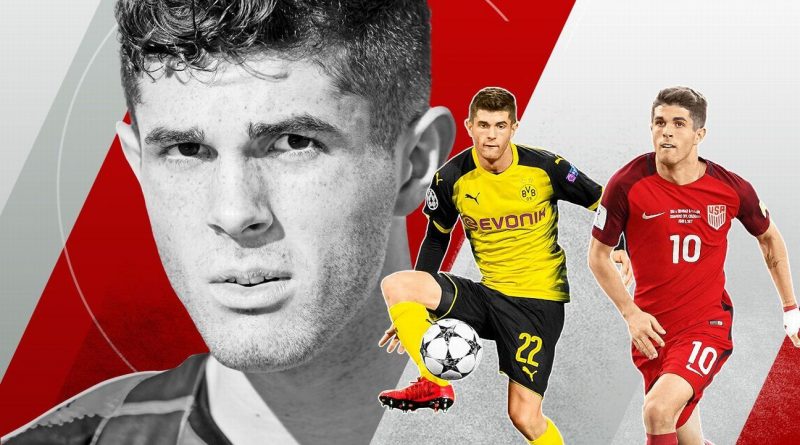 Rather than at the World Cup in Russia a month later, the competitive part of Christian Pulisic’s season ended with a 3-1 defeat in Hoffenheim on May 12. Borussia Dortmund’s woeful trip to provincial region of Kraichgau was perhaps a fitting denouement: Overall, 2017-18 has been a frustrating 10 months for the 19-year-old American and his two teams.

After a superb start, which featured six wins in seven league games, autumn brought a raft of painful defeats that saw BVB coach Peter Bosz, a proponent of a radical pressing game, lose his job. Meanwhile and despite Pulisic’s best efforts, the United States fell apart in World Cup qualifying.

New coach Peter Stoger gave the Black and Yellow more stability with a conservative set-up but Dortmund’s attacking game lost structure and fluidity in the process. Easily the second-best team in Germany with regard to squad quality, they barely finished in the top four: 55 points (down from 64 in 2016-17) with 64 goals scored (down from 72) and 47 conceded (up from 40) tells the story.

The lack of continuity at the managerial level hampered players collectively and individually, while the unseemly departures of Ousmane Dembele last summer and Pierre Emerick-Aubameyang in January did not do much for team spirit either. With the possible exception of Marco Reus, Borussia players were unable to show any sign of pronounced progress and Pulisic was among those whose performances suffered.

While 2300 minutes of Bundesliga game time — an increase of 53 percent from last season — speak of his growth in stature within the team, his overall output did not nearly go up at the same rate.

He was directly involved in nine league goals, scoring four and providing five assists, which equaled last season’s tally of three goals and six assists. However, his expected goals per 90 minutes (xG90) and expected assists per 90 minutes (xA90) dropped from 0.24 and 0.28 to 0.21 and 0.21, according to data from by understat.com.

But an attacking midfielder’s duties go beyond playing the final pass and putting the ball in the net, so where does Pulisic rank when a more complex set of performance indicators are taken into account?

Former Bayer Leverkusen midfielder Stefan Reinartz has created a scouting and player analysis model called Impect, which is used by more than a dozen Bundesliga clubs to identify talent.

Its main innovation lies in ascribing value to the number of players — specifically defenders — that are bypassed by other players, whether by passing forward, dribbling or receiving the ball. To evaluate performance levels, the data is cross-referenced with other position-specific actions, then compared to others playing the same role in the same league.

The Impect results for Pulisic are somewhat surprising. Reinartz’s model had him at 49 percent in 2016-17, meaning that he was better than 49 percent of Bundesliga players with a similar attacking midfielder profile. In other words, he was almost exactly average. However, that overall number hides an interesting difference between attacking and defensive actions.

Going forward, Pulisic was rated at only 43 percent — slightly below average — whereas without the ball he came in at 82 percent (both sets of data are not equal but weighted according to profile). From this we can see that, when Thomas Tuchel was in charge and Dortmund were much better going forward, Pulisic’s greatest value was in providing defensive interventions high up the pitch.

The picture for the season just completed is different. Pulisic’s combined attacking performance was almost the same: slightly below average level at 42 percent. Defensively, though, he was significantly poorer at 29 percent. To put it the other way, 71 percent of players in his position were better defensively. This lack of what Reinartz calls Zugriff — the ability to win the ball and disrupt opposition moves — saw his overall rating go down to 37 percent. Compared with his peers, Pulisic was firmly below average.

“His profile is special,” says Reinartz. “We usually don’t see players scoring this many goals and creating as many assists as he does without being extraordinarily good at bypassing defenders with killer passes, making deep runs to bypass defenders as a receiver or taking up good positions between the lines to bypass players as a receiver. He’s merely at a reasonable level in all of these departments.”

The data suggests that Pulisic is excellent at creating dangerous moments in the final third, even without beating many defenders, but that he doesn’t do much to help his team get there in the first place. Reinartz suggests that these characteristics meant the teenager was particularly negatively impacted by Stoger’s unconvincing attacking game.

Unlike Tuchel, whose detailed patterns and processes ensured Dortmund regularly arrived in the opposition box, where Pulisic comes alive, Stoger had a harder time getting his team into good final-third positions. Attacks often broke down well before Pulisic could apply his telling final touch.

He is not a player who can do things alone, without the help of joined-up tactics and productive teammates. At least, not yet. But Pulisic is only 19 and his performances must be seen in the context of his age group. Pulisic might have only reached average levels of output as an attacking midfielder, but for his age he has been outstandingly good.

“A comparison with Bundesliga attacking midfielders under 20 shows that only Ousmane Dembele (Dortmund) and Kai Havertz (Leverkusen) have done better over the last two seasons,” says Reinartz. “Scouts read his profile as that of a very talented player who is great in the final third and can still progress in all other departments.”

The figures that get bandied about as possible transfer fees seem high, considering his past performances. However, it’s not the player Pulisic is that other clubs covet, but the player he is likely to become. Even in a season that largely went nowhere for him, his potential points to a spectacular future. 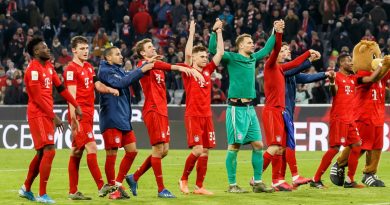 Bayern Munich are back: how they got back on track for an eighth straight Bundesliga title

Feb 4, 2020 ayman022 Comments Off on Bayern Munich are back: how they got back on track for an eighth straight Bundesliga title 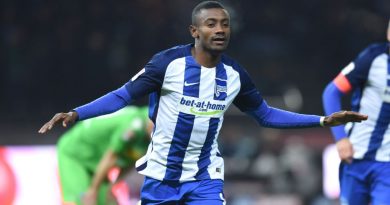 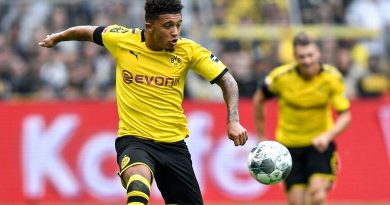 Sep 26, 2019 ayman022 Comments Off on Jadon Sancho will be soccer’s next superstar … but only on his terms