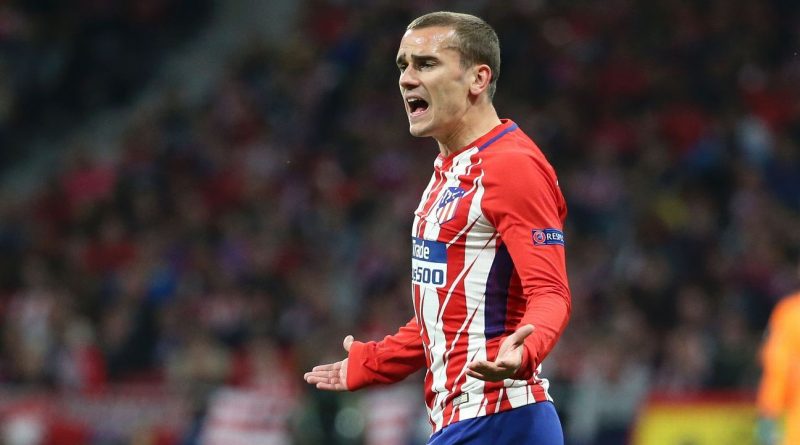 One name hovered over all the activities at Atletico Madrid’s media day ahead of next Wednesday’s Europa League final against Marseille, although the afternoon’s main protagonist was himself kept well away from any microphones.

Club captain Gabi was the first player to appear in the Wanda Metropolitano pressroom, where reporters had been invited to get the quotes and angles required for their preview pieces ahead of next week’s game in Lyon. The first journalist called upon wasted no time in bringing up this week’s big talking point around the club: how the Atletico dressing room felt about the buildup to such an important game being dominated by speculation about star forward Antoine Griezmann potentially joining Barcelona in the summer.

“There are things we cannot control,” replied Gabi, stoic in his response. “We are very relaxed, focused on the final, then we’ll see about his future. Antoine is a very important player for us and could play for any team in the world. We have been talking about him all year, and his situation, but all we want to focus on now is the final, and winning a trophy.”

The context was — of course — that Atletico chief executive Miguel Angel Gil Marin had felt the need Tuesday evening to issue an official statement saying “enough is enough” after recent days had seen both Barca president Josep Maria Bartomeu and striker Luis Suarez speak openly about their club’s interest in the rojiblanco No. 7.

The line of inquiry didn’t really change as the media day progressed, either. Diego Godin, Koke, Diego Costa, Filipe Luis, Fernando Torres and Saul Niguez were all asked for their views on whether Griezmann would stay, how he was feeling, if the speculation was a distraction, if they had any advice for their teammate, whether winning the trophy would make him more likely to stay next season, and so on.

Griezmann himself was proverbially locked away in a cupboard all this time, a wise move given the 27-year-old’s tendency to muddy the waters whenever he is asked about his future. The player was later spotted taking part in the open training session on the Wanda’s pitch, but safely far away from the watching media pack.

His teammates generally tried their best to answer openly and honestly in what cannot have been the most comfortable situation. Nobody tried to hide the reality that Griezmann could well leave the club this summer and that Barca could be an attractive destination. There were a few flickers of irritation and even anger from his current teammates, but aimed only at the media asking the questions, not the player who has regularly fed new narratives over his future at various times over the past 18 months.

Most responses tried, in some way, to bring the focus back to next Wednesday’s game.

“I never want them to touch our teammates,” Koke said. “I want everyone to stay here as we have a great group. It brings pride that a team as big as Barca wants Griezmann, but the reality is that he is with us, wants to win a trophy with us and then we will see at end of the season. He has a contract with Atletico Madrid and for sure he will play well next Wednesday in the final.”

As the assembled reporters devised new ways to pitch the same question, Costa was asked whether his experience of leaving for Chelsea in 2014, only to return three years later, meant he would advise his teammate that the grass was not always greener elsewhere.

“I went and was happy to go: I won things [at Chelsea], had a good experience,” said Costa, rejecting the premise of what he had been asked. “That I am here again does not mean he should stay or leave. Griezmann is big enough to know what he needs to do himself. He knows how important he is for us, and that we want him here, but it is his decision whether he goes or no; he must take it himself. Inside the dressing room with us he is very normal, not in any way different. He’s fully committed and wants to win this final.”

Saul smiled when asked if he, as someone who had previously rejected the chance to move to Barcelona in a big-money transfer, had any advice to offer his teammate.

“My advice to Griezmann is to put on an Atletico jersey and give everything for the team,” Saul said. “We do not know the future, but he gives everything when he plays, which is what is important for me. Griezi is extra motivated, as he wants to win a trophy with Atletico Madrid, and be important in the final, in his home city furthermore.

“[Griezmann] always wants to improve, is our best player, and he wants to show that again.”

Timing remains a problem for all concerned — Griezmann has said that he wants his future sorted before the World Cup begins in mid-June — but his release clause reportedly does not drop from the very steep €200 million to the more accessible €100m until July 1. Therefore, negotiations between Atletico and Barca would be required, something that looks difficult given their current relations.

One veteran Atletico player pointed out honestly that the lower price looked a bargain given the fees paid for less accomplished players elsewhere.

“Griezmann is cheap — for sure — at €100m in this market,” Filipe Luis said. “He is even cheaper if he plays a good final. Without doubt he has been our most decisive player this season so we want him to stay, but what happens afterwards is something completely away from what happens this week.”

That gave those present a nice headline to top their news pieces from Wednesday’s event, although the media left none the wiser about where Griezmann will be playing his football next season.

Timeline: Barca’s efforts to get Griezmann

Dec. 15: Atletico coach Diego Simeone says he wouldn’t stand in Griezmann’s way if he wanted to leave the club.

Dec. 17: Barca director Guillermo Amor suggests that reports the club have been in contact with Griezmann over a summer transfer have some truth to them.

Dec. 19: Atletico report Barca to FIFA for making an illegal approach for Griezmann.

Jan. 20: Following speculation they have already reached an agreement with Griezmann, Barca issue a statement denying the forward’s “supposed move” to Camp Nou.

March 21: Griezmann says his future “will be decided before the World Cup” this summer.

April 27: Griezmann says he’s waiting on the result of talks with Atletico before deciding his future.

May 5: Luis Suarez gives an interview in Uruguay in which he talks about Griezmann as if the deal is already done.

May 8: Atletico say “enough is enough” and release a furious statement condemning Barca’s “inappropriate conduct” in their pursuit of Griezmann. 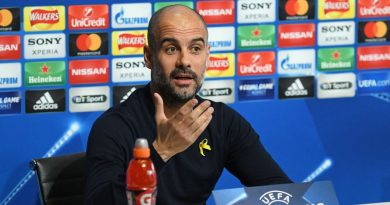 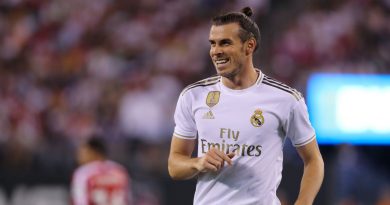 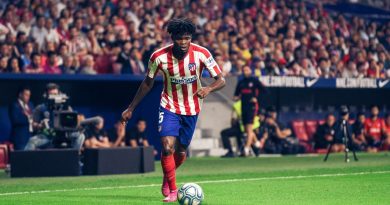 Sources: Atletico Madrid’s Thomas burgled for the second time in a week

Oct 8, 2019 ayman022 Comments Off on Sources: Atletico Madrid’s Thomas burgled for the second time in a week