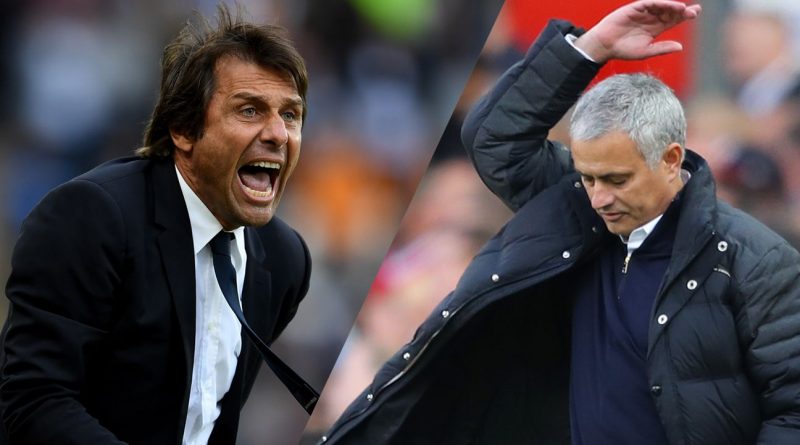 Tensions between Antonio Conte and Jose Mourinho have subsided in recent months, but the enduring contempt between the two men remains a key subplot heading into Saturday’s FA Cup final between Chelsea and Manchester United.

ESPN FC takes a look back at how such antipathy developed between two of English football’s most high-profile coaches.

Chelsea won 4-0 on Mourinho’s Stamford Bridge return and Conte riled his opposite number by waving his arms to encourage the home fans to raise the volume for their team in the final minutes. Mourinho was reported as telling him in Italian: “You don’t celebrate like that at 4-0. You can do it at 1-0, otherwise it’s humiliating for us.”

Speaking to Sky Italia after the match, Conte insisted he had no regrets. “I’ve been a player too and I know how to behave,” he said pointedly.

Ahead of another United visit to Stamford Bridge to take on Chelsea in the FA Cup quarterfinals, Mourinho had a simple explanation for why his former club were 10 points clear at the top of the Premier League.

“The most difficult thing to have is time to work, and they have time to work,” he said, referring to Chelsea’s lack of Champions League commitments. “They have time so they are in a position of privilege, but I don’t want to say that they don’t deserve credit for it.”

Mourinho also offered Conte a back-handed compliment for his team’s style of play. “They defend a lot and well, and they counter-attack and kill opponents on the counter-attack, similar to my Chelsea,” he added.

Chelsea beat United again, this time 1-0, in a game marked by heated touchline exchanges between Conte and Mourinho.

The Italian was angered by the visitors’ persistent fouling of Eden Hazard that led to the early dismissal of Ander Herrera, interpreting it as a deliberate and cynical strategy. “This tactic, to play by going to kick the opponent, does not exist,” he insisted afterwards. “It’s not football for me.”

Shortly after a 2-0 defeat to United at Old Trafford cut Chelsea’s lead over Tottenham to four points, Conte pointed out that the failure of both Manchester clubs to compete for the Premier League title proved that spending big in the transfer market is no guarantee of success.

“I think this season it’s very important to understand that it’s not always who spends more money who wins,” he said. “Otherwise, in this league, this season the name [at the top] would not be Chelsea or Tottenham or Arsenal or Liverpool.”

Flushed with Premier League title success, an emboldened Conte revealed he had warned his Chelsea players that he would not tolerate a repeat of the spectacular collapse Mourinho presided over in the 2015-16 season.

“Two years ago, the team finished 10th place in the league and we want to avoid this,” he said during the club’s preseason tour of the Far East. “I want to avoid, and the players want to avoid, the last season with Mourinho.”

Mourinho couldn’t resist responding with athinly-veiled reference to the hair transplant that Conte reportedly underwent before embarking on his coaching career. “I could answer in many different ways but I’m not going to lose my hair to speak about Antonio Conte,” he said.

Mourinho poked at Conte again after United’s Champions League win over Benfica. “Other managers, they cry, they cry, they cry when a player is injured,” he said, referring to the Italian’s frequent mentions of the key absentees that were undermining Chelsea’s season. “If I want to moan and cry like the others, I can cry for the next five minutes. But I don’t.”

“I think he has to think about his team and start looking at himself, not others,” Conte bristled in reply. “I think that a lot of times Mourinho [likes] to see what happens at Chelsea. A lot of times, also last season.”

November 2017 — Mourinho and Conte blank each other

Chelsea beat United 1-0 again at Stamford Bridge, this time in a match that passed largely without incident. The tension between Conte and Mourinho was palpable, however, and the Italian strode on to the pitch at the final whistle without looking to shake his rival’s hand.

“You want me to go and chase him into the middle of the pitch?” Mourinho said when asked about it. “I was there. I shook hands with the people who were there. I think one of them was his brother, the assistant, so I feel that, by shaking the hands of his brother and the other assistants, I did my duty.”

“It’s not important,” Conte insisted to Sky Sports. “It’s important to win the game. You have to have the respect on the pitch, not outside the pitch.”

The latest escalation in hostilities was sparked by Mourinho, who insisted he retains his passion for football despite not acting like “a clown on the touchline” — widely interpreted to be a reference to Conte’s demonstrative style.

Conte certainly thought so, and when the comment was put to him he suggested Mourinho had a memory problem that had made him forget his own past actions. He used the Italian phrase “demenza senile“, which translates as senile dementia, though Chelsea insisted he meant to say amnesia.

“I don’t need the Chelsea manager to say I made mistakes in the past,” Mourinho responded when asked about Conte’s comments, before adding: “What has never happened to me and will never happen is to be suspended for match-fixing.”

Conte was accused of failing to report match-fixing during his time in charge of Siena and banned for four months by the Italian football authorities while coach of Juventus in 2011, though he was cleared of wrongdoing five years later.

Conte did not react kindly to Mourinho bringing up one of the most traumatic experiences of his career, and renewed his attack after Chelsea’s goalless draw with Norwich City in the FA Cup third round.

He also accused the Portuguese of insincerity. “When he was in Italy he offended [Claudio] Ranieri for his English,” Conte added. “Then when Ranieri was sacked [by Leicester City] he put on a shirt [with initials on it in support of] Ranieri. This shows you are a fake.”

Conte concluded his extraordinary rant with a comment that will ensure huge anticipation ahead of next month’s meeting. “It will be the opportunity [to clarify things] in the game against United when we go to Old Trafford,” he insisted. “Me and him, face to face. I’m ready. I don’t know if he’s ready.”

February 2018 — A surprise truce is called

The hotly-anticipated touchline showdown did not materialise at Old Trafford. Having avoided any further incendiary comments in their prematch news conferences, Mourinho and Conte shook hands and co-existed peacefully as United beat Chelsea 2-1.

“The handshake doesn’t need any words,” the United boss said afterwards. “Mourinho and Conte, they are not two ordinary persons in football. We have a history, we have an image and I’m really happy with that.”

Conte’s take on the ceasefire was less enthusiastic. “We wanted to shake hands and we did this,” he said simply.

When it was pointed out that Mourinho won 72 of his first 100 matches as Chelsea manager compared to Conte’s 65, the Italian was keen to point out the context of his own achievements.

“We are talking about a great manager,” he said of Mourinho. “[But] don’t forget that the first 100 games with Mourinho were many years ago. Now it’s not so simple, I think, to have this type of results in this moment, in this present Chelsea.”

Facing criticism for missing out on the top four and with many predicting his exit, Conte stressed that Chelsea will begin next season in a stronger position than when he arrived in the summer of 2016, only months removed from Mourinho’s disastrous title defence.

“Last season, after a 10th place, we won the Premier League,” he said. “It was difficult. We worked very hard, but we won. After a 10th-place finish. Now, probably, you can finish fifth and start with a bit of an advantage compared to when you finish 10th.” 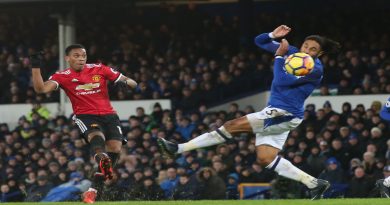 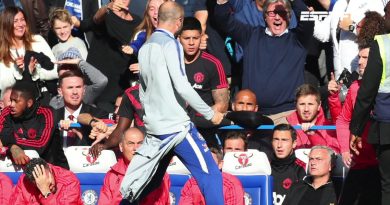 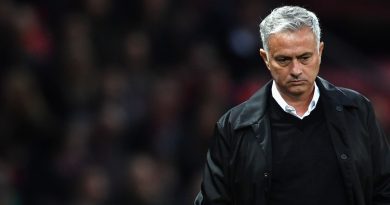