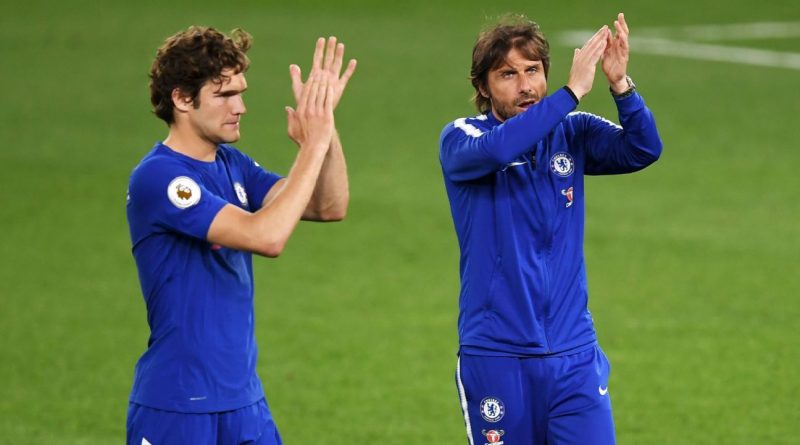 Chelsea left-back Marcos Alonso has said rumours regarding Antonio Conte’s future at the club are not the reason for the team’s disappointing campaign.

Chelsea ended their Premier League season with a 3-0 defeat at Newcastle on Sunday and finished fifth in the league table and out of the Champions League qualifying places.

There has been speculation about Conte, with the former Juventus and Italy coach expected to part ways with the club at the end of the season.

“It [speculation] can affect a little but not so much to make us be in the position that we are in,” Alonso told AS. “In the end, it’s the players who play and if we are not where we want to be it’s because other teams have been better than us.

“Collectively, the team has been a little inconsistent, having been [Premier League] champions last season it’s a little tough to face the fact that we have not qualified for the Champions League.

“We played very good games at the same level as last season, some even better, like the one [2-1 win] against Atletico Madrid at the Wanda Metropolitano [on Sept. 27]. We played well in our two games against Barcelona despite the result. Perhaps what we were lacking as the coach recently said was to be more clinical, more decisive in front of goal.”

Alonso admits changes at Chelsea in the summer of 2017 made things more challenging for the defending Premier League champions. Diego Costa, Nemanja Matic and Nathan Ake left the club while Tiemoue Bakayoko, Alvaro Morata, Antonio Rudiger and Davide Zappacosta were brought in to make their Premier League debuts.

“A Premier League champion that does not maintain the same block of players as last season makes it all the more difficult because players require time to adapt,” the Spain international said.

Manchester City claimed the domestic title with five games to spare and won 32, drew four and and lost just two of their league games.

“City’s consistency has hurt us at times,” Alonso said. “Just when we were fighting to get close they immediately pulled away. The truth is that it’s a year to give merit to them [City] and that has emotionally affected us. I think we didn’t start the season very well and City and Manchester United took advantage but then we had a good spell.

“It was the game at home to Bournemouth [in January] that hurt the most. We had many opportunities and in three counter-attacks we lost, 3-0. Since that game, I wouldn’t say we threw in the towel because we tried to compete until the end, but that is when our possibilities began to decrease. Now we have to think about next season, to continue to improve in order to fight again for the Premier League title.”

Alonso would not be surprised if Conte were to leave after two seasons in charge.

“Nowadays it’s difficult that a coach lasts more than one or two years,” Alonso said. “What has been lost is the patience with respect. It’s what it is. In the end the player stays and it’s not possible not to give everything always or not to be focused. That doesn’t depend on the coach but on each and everyone of us, one has to be always ready to give 100 percent.”

Alonso is happy with his performances in his second season at the club. He scored scored seven goals and set up two more in 33 league starts.

“I’ve improved with respect to last year and I’ve felt good, I’ve felt more confident,” the 27-year-old said. “I can play in any position on the left flank and I’m very happy because I like to have opportunities to score and run. I’ve scored eight goals this season.”

Alonso is hoping Chelsea can finish the campaign on a high by lifting the FA Cup in Saturday’s final against Manchester United.

“I imagine the final being similar to our league games against Manchester [United] this season,” he said. “They will have less possession but they will have clear ideas, causing danger in their counter-attacks. With the quality, goal and speed they have up front, it will be complicated for us if we are not focused. There is great importance given to the Cup by the fans, the clubs and the players.” 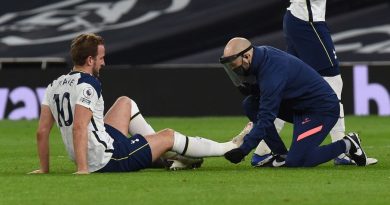 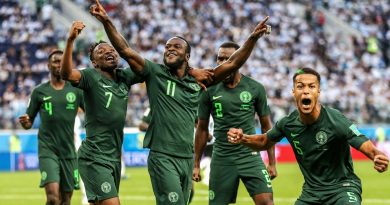 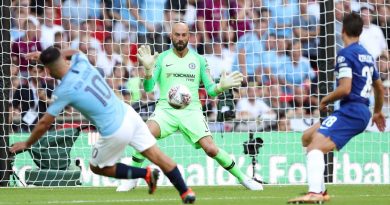 Aug 5, 2018 ayman022 Comments Off on Willy Caballero 8 out of 10 as Chelsea slump to defeat in Community Shield