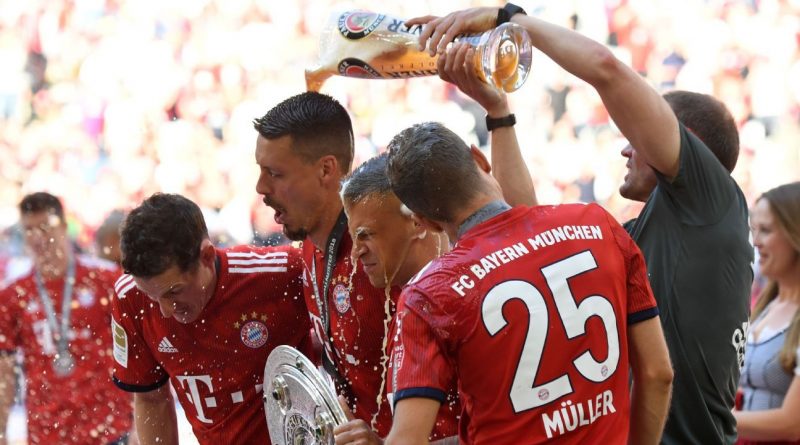 Arjen Robben was not thrilled with Bayern Munich’s flat title celebrations following their 4-1 loss to Stuttgart on Saturday and has revealed he is already focussing on Champions League success next term.

Robben, 34, hasn’t played in a match since limping off with a muscle injury in Bayern’s 2-1 Champions League first-leg defeat against Real Madrid on April 25. He also missed the 2-2 draw in the return leg six days later in the Bernabeu as the German champions narrowly exited 4-3 on aggregate.

However, despite another agonising defeat to the reigning champions, Robben felt Bayern have the squad to go close in Europe’s top club competition again next season.

“We are very well set if the team remains intact and no one leaves. The semifinal against [Real] Madrid gave me the feeling that something similar is possible again next year.”

Robben, who last week extended his contract with the club for another year, joined Bayern from Real Madrid in 2009 and has won seven Bundesliga titles since. He also scored the winner in the 2013 Champions League final victory over Borussia Dortmund.

He added: “Bayern is a top club, all that counts here is winning titles. I have extended my stay because I want to give it a good go next season and be important for the team.”

Despite their heaviest defeat of the season on Saturday, Bayern celebrated their sixth Bundesliga title in succession with the obligatory wheat beer showers after the final whistle.

However, Robben criticised the increasingly underwhelming title celebrations, which this season came five weeks after Bayern sealed the title in Augsburg back in April.

He said: “When you win the title, you are super happy with spontaneous joy. We witnessed today it was no longer spontaneous. That’s a shame. It’s something that can — actually must be — changed.

The ex-Netherlands captain, who won his first domestic title in 2003 with PSV Eindhoven, added: “In Holland we do it differently. When you win the championship, you celebrate with the trophy straight away.” 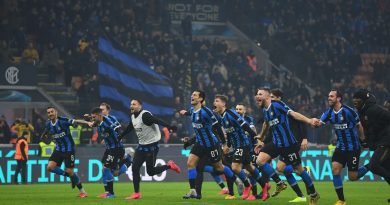 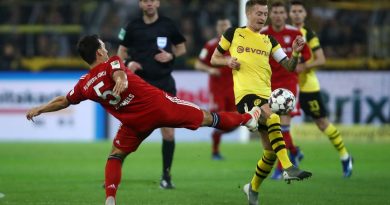 Mar 8, 2019 ayman022 Comments Off on With Bundesliga at stake Dortmund might be supporting Bayern in Champions League 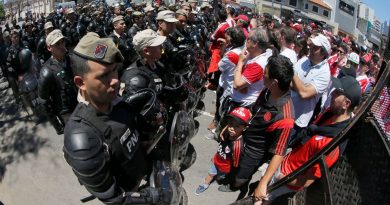