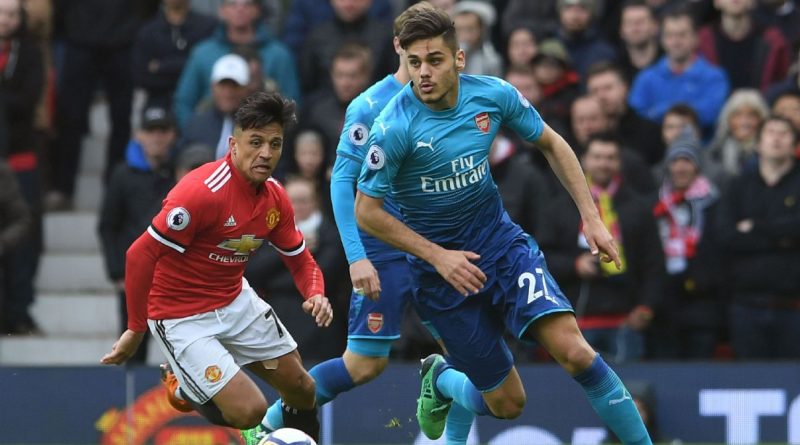 Arsene Wenger picked a team with Thursday’s Europa League semifinal second leg in mind and his mix of young players, fringe members of the squad with and a smattering of experience performed creditably despite going down 2-1 to Marouane Fellaini’s late winner for Man United.

The home side went ahead through Paul Pogba in the 16th minute but the pre-game narrative about how heavy a defeat this would be for the Gunners didn’t transpire. With debutant Konstantinos Mavropanos dovetailing well with Calum Chambers and Ainsley Maitland-Niles playing with discipline in midfield, there was a lot to like about how Arsenal responded.

A goal early in the second half from Henrikh Mkhitaryan drew Wenger’s team level and it looked as if they’d hang on to earn their first away point of the calendar year until Fellaini’s late header crept in to take all three points.

It seems odd to say it after a defeat but there were some. Mavropanos, a £2 million signing from PAS Giannina, looked assured and composed on his full debut — especially impressive at such an intimidating arena like Old Trafford. Chambers and Hector Bellerin defended very well also, while Maitland-Niles and Reiss Nelson showed that any new manager has got some talented youth prospects to work with.

Yet another away defeat marked the first time Arsenal have lost six consecutive league games away since 1966. As much as the sentimentality around the Arsenal manager is understandable, this is part of the reason why he won’t be at the club next season.

6 — One of Wenger’s great strengths has been his willingness to use young players, and even with Thursday’s importance overshadowing this game, it was brave to use some of the players he did. The defensive weaknesses are part of why he’s moving on, though.

GK David Ospina, 5 — Didn’t have a huge amount to do but managed to squeeze in his now-traditional injury scare as well as a laboured, ineffective dive for the winner. A top goalkeeper should have saved it.

DF Hector Bellerin, 7 — His block on the Sanchez header in the first half was superb though sadly, it rebounded off the post to Pogba to score. Yet his defending throughout was excellent. Hopefully he can keep it up in Madrid.

DF Calum Chambers, 7 — A little careless on the ball at times but made nine clearances, three interceptions and two blocks. His best game for some time.

DF Konstantinos Mavropanos, 8 — Under the circumstances, it was an outstanding debut for the 20-year-old. He didn’t look at all fazed by the occasion, won his headers and to finish with 92 percent pass accuracy at Old Trafford speaks to a real sense of composure.

DF Sead Kolasinac, 5 — He’s had an up-and-down first season with Arsenal, not least because he’s appeared rather suspect to injury. He was forced off again today.

MF Granit Xhaka, 7 — Sloppy for the second United goal but otherwise, the Swiss international played well despite what some TV pundits want you to believe. He won four tackles, his persistence won the ball for Mkhitaryan’s goal and he defended well throughout.

MF Ainsley Maitland-Niles, 8 — There’s no question Arsenal have a talented player on their hands here. Used throughout this season in the full-back position, he showed he can do it in his favourite position in central midfield as well. Calm, assured and inventive, he worked hard on top of that too.

MF Alex Iwobi, 7 — Ran himself into the ground and helped Arsenal get between the United lines more than once.

MF Henrikh Mkhitaryan, 7 — The referee allowed Ashley Young to kick him from first whistle until he went off, but he took his goal well. A timely return from injury with Madrid on the horizon.

MF Reiss Nelson, 7 — We saw flashes of why he’s one of the most highly rated young talents at the club. Had a good sight of goal in the first half, flashing a header not far wide.

FW, Pierre-Emerick Aubameyang, 6 — Worked hard but didn’t get much service. The one real chance he got he headed tamely at David de Gea.

DF Nacho Monreal, 6 — Came on for Kolasinac, did what was expected.

MF Danny Welbeck, 6 — As you’d expect, he worked hard on his return to his former club but couldn’t make an attacking impact.

MF Joe Willock, 6 — Another one off the Arsenal Academy production line, solid when he came on. 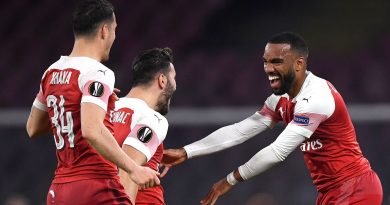 What can Arsenal expect from Valencia? 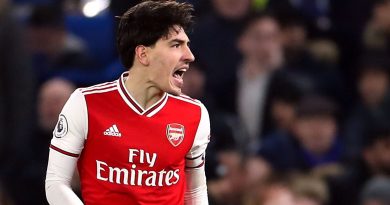 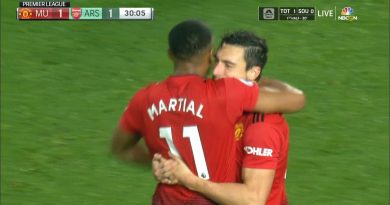