Mikel Arteta has said he’s hoping for a busy end to the transfer window and reports have now surfaced that suggest he’s looking to swoop for Renato Sanches and Houssem Aouar to bolster Arsenal‘s midfield, according to the Mirror and Eurosport, respectively.

Sanches, remarkably still only 24, has turned down a new contract at Lille after helping them win the Ligue 1 title last season, and he’s admitted that he’s ready to move on and re-join a major European side. Former Bayern Munich star Sanches is open to a return to the Premier League, where he feels he has unfinished business after a disappointing loan spell at Swansea City in 2017-18.

Arsenal have been heavily linked with the Portugal midfielder, who is available to leave on a free transfer in the summer but is keen to leave in the current window.

Meanwhile, the Gunners are also one of three clubs currently battling it out for 23-year-old midfielder Aouar. Lyon president Jean-Michel Aulas has said that two clubs are looking to sign Aouar on a short-term deal, with one club a more long-term option. Aulas also admitted that none of those aforementioned clubs are yet to meet Lyon’s valuation, which means Arsenal will have to go back to the drawing board if they have any chance of getting this move over the line.

– Tottenham Hotspur boss Antonio Conte has urged his board to back him with reinforcements in January, but he looks set to miss out on one of his top targets in Franck Kessie, according to Calciomercato. Spurs managing director Fabio Paratici thought he had reached an agreement with AC Milan to sign 25-year-old Kessie this month, with the midfielder out of contract in the summer. However, it now appears as though Kessie — currently playing for Ivory Coast in the Africa Cup of Nations — wants to see out his contract at the San Siro instead and take more time to work out his next move.

– Galatasaray are closing in on Benfica star Gedson Fernandes, according to Portuguese journalist Pedro Sepulveda. The two clubs are believed to have shaken hands on an 18-month loan deal, with the finer details to be completed this week. If the move goes through, the 23-year-old is expected to make the switch from Portugal to Turkey on Monday. Fernandes has already spent six months on loan at Galatasaray after joining in January last year, during which he played 17 times.

– Ajax left-back Nicolas Tagliafico is a wanted man, and Fabrizio Romano believes the 25-year-old is pushing for a move to Barcelona before the end of the transfer window. Ajax are asking the Spaniards to complete a permanent move, but Barca are apprehensive and instead would rather sign him on loan. Tagliafico, who has also been linked with a move to Manchester City by the English press, is hoping Ajax and Barca can come to an agreement so that he can “advance his career.”

– Brentford are moving ever closer to offering 29-year-old Denmark midfielder Christian Eriksen a six-month loan contract, reports Sky Sports, but he’ll have to pass a diligent medical before obtaining his work permit. Eriksen’s medical process will be more complicated than usual after he suffered a cardiac arrest at Euro 2020 last summer. He now has an ICD (implantable cardioverter-defibrillator) fitted to his heart, which means he’ll need to be signed off by a club-assigned sports cardiologist before being given the green light to join the Bees.

– Despite their disappointment over Kessie, Spurs may yet use this January transfer window to have a bit of a reshuffle and they’re apparently willing to listen to offers for trio Dele Alli, Giovani Lo Celso and Bryan Gil, according to Goal and Marca, respectively. Both Alli and Lo Celso were missing from the squad that lost to Chelsea on Sunday, with 25-year-old Alli heavily linked with a move to Newcastle United. Meanwhile, Valencia have asked if they can take Gil on loan for the rest of the season. Real Sociedad and Nice are also keen on the 20-year-old winger. 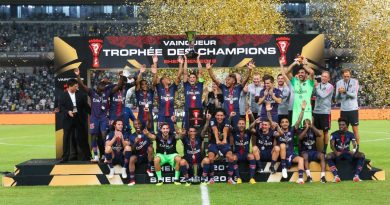 Aug 6, 2018 ayman022 Comments Off on PSG’s following in China gets boost after Trophee des Champions trip 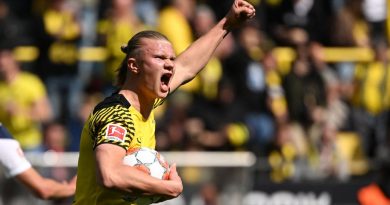 May 10, 2022 ayman022 Comments Off on Man City agree deal to sign Erling Haaland from Borussia Dortmund 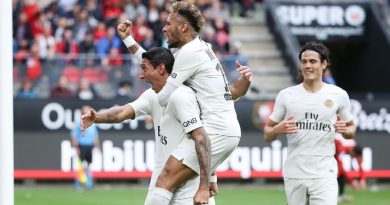