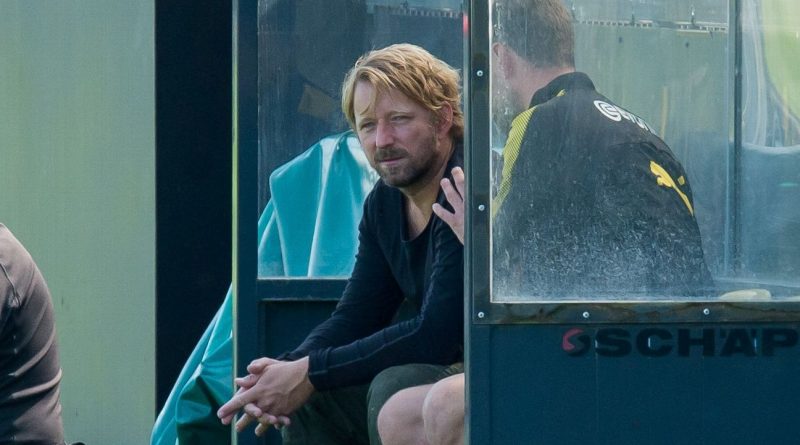 Jurgen Klopp had something to get off his chest. Just after seeing his Dortmund side lose to Bayern Munich in the German Cup in March 2013, he huffily told the press: “Bayern go about football in the same way that the Chinese go about industry. They look at what others do and then they copy it.”

Klopp’s complaint stemmed from his belief that Bayern were producing a counterfeit version of the style of play which had brought Dortmund back-to-back league triumphs in 2012 and 2013. Five years on, Dortmund are being plagiarised once more: but not for their playing style, but their playing staff. And the team embarking on this project of industrial imitation is not Bayern Munich, but Arsenal.

The process has been in full swing ever since the appointment of Sven Mislintat back in November, when Arsenal’s new head of recruitment was taken directly from the Bundesliga side. In January, Arsenal took Dortmund’s best player, Pierre-Emerick Aubameyang, and acquired Henrikh Mkhitaryan from Manchester United — a player who alongside Aubameyang at Dortmund had scored 23 goals in the 2015-16 season in all competitions.

Another key man in that campaign looks set to join the defensive ranks shortly, with a £16m offer having been made for 29-year-old centre-back Sokratis Papastathopoulos.

The “Dortmundification” of Arsenal continues apace: if the Sokratis deal does go through then 75 percent of the signings made under Mislintat’s watch will have been from his former club. Hardly the most imaginative exploration of the transfer market.

In fairness, Arsene Wenger’s insider knowledge of the French market didn’t exactly harm Arsenal when he managed to bag Nicolas Anelka, Emmanuel Petit and Patrick Vieira in his first 12 months in charge, and making opportune moves for Mkhitaryan and particularly Aubameyang can hardly be questioned given the quality they bring to the squad. But still, Arsenal fans will be interested to see how well the former scout, nicknamed “Diamond Eye,” holds up when his vision is cast slightly further afield.

Using as inspiration a team who never quite managed to break into the elite post-Klopp and, in that 2015-16 season, crashed out of the Europa League quarterfinals, is a dubious strategy for a club aiming to return to the top. Worse still, when placed alongside the reported paucity of Arsenal’s transfer ambitions compared to their rivals, the club’s operations these summer have instilled a sense of minor unease.

Alongside Sokratis, Arsenal are reported to be close to signing 34-year-old Juventus right-back Stephan Lichtsteiner on a free transfer. The lack of a transfer fee is handy as it has been extensively reported that Arsenal are working to a budget of just £50m this summer — completely insufficient for the rebuilding job that the club needs to undertake to support new head coach Unai Emery.

Jealous gazes are understandably being cast towards Liverpool, who have already secured big deals for midfielders Fabinho and Naby Keita and are also reportedly close to a £70m move for Lyon forward Nabil Fekir.

Liverpool are certainly a club that Arsenal should be looking to overtake in the coming season — they will surely need to if they want a place in the top four of the Premier League — and yet the Champions League finalists are showing far more ambition in the market. Once again, it is Klopp’s ideas which are worth copying.

Arsenal aren’t in the position of having sold their best player for £142m to Barcelona in January (and in this sense Liverpool’s spending this summer is artificially inflated) but Liverpool earned that money with their clever squad management. Arsenal’s best player also left in January but because he was running out of contract, Alexis Sanchez was only worthy of a swap deal for Mkhitaryan.

It is reported that Mauricio Pochettino was promised a healthy transfer budget when committing to his new deal at Tottenham, while Manchester City, Manchester United and Chelsea can all be relied upon to spend big on new players. That leaves Arsenal at an early competitive disadvantage given the paltry amount Emery and the management committee seemingly have to work with.

Mislintat has had some early success in exploiting his Dortmund links but he is going to have to work some miracles in the lower end of the market if Arsenal are to line up next season with any confidence that a return to the Champions League is on. It’s time to re-earn that “Diamond Eye” nickname. 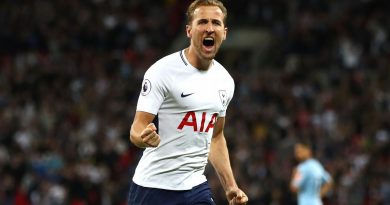 Jun 9, 2018 ayman022 Comments Off on Harry Kanes new extension with Tottenham a huge show of commitment in the project 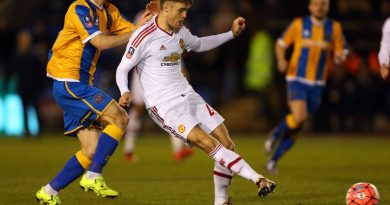 May 25, 2018 ayman022 Comments Off on Manchester United U23 captain Joe Riley signs for Bradford City