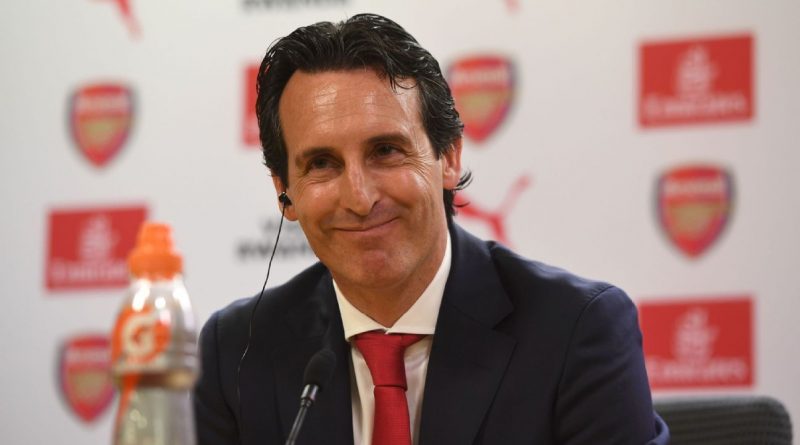 LONDON — The Unai Emery era began in earnest at Arsenal on Wednesday as the former Paris Saint-Germain manager was presented as the club’s new head coach. Arsene Wenger’s successor appeared alongside chief executive Ivan Gazidis at a news conference at the Emirates to lay out his plans for how to turn the Gunners back into title contenders. He faced a packed auditorium that came to hear what Arsenal’s first managerial hire in 22 years had to say.

Here’s how he got on:

Emery clearly isn’t afraid to tackle a challenge even when it comes to language. As if replacing Arsene Wenger isn’t tough enough, Emery insisted on conducting most of his news conference in English even though he’s still coming to grips with the language. That meant he wasn’t able to express most of his ideas as clearly as he might have wished but he still managed to say most of the right things. He presented his vision of attack-minded football while paying tribute to Wenger and talking up the strength of the current squad.

On the whole, it was a confident display by the Spaniard and showed he’s ready to dive head-first into life in the Premier League. Given his reputation for having a near-obsessive attention to preparation and detail, one can assume that his English will be a lot more fluent by the start of the season.

Emery very much looked the part in a dark gray suit, white shirt and red tie: an outfit similar to what Wenger often wore during games. It was the classic managerial look without any frills, which is probably what we can expect from Emery on the touchline as well.

Emery made it clear that his style of football will look quite familiar to Arsenal fans, promising to carry on Wenger’s legacy of dominating possession and attacking with gusto. But he also hinted that he will demand more of his players when it comes to pressing without the ball.

“I think the history here is one thing, they love playing with possession of the ball,” said Emery. “I like this personality, I like being the protagonist with the ball. And when you don’t have possession of the ball, I want a squad that is very, very intensive with the pressure. It’s very important for me to be a protagonist with the ball and pressing when you don’t have the ball.”

The former PSG boss didn’t give much away when it comes to this summer’s squad overhaul, though, saying he will meet with all the players face-to-face before making any decisions about their futures.

How he handled the media

The fact that Emery insisted on speaking English (aside from when answering questions in Spanish), even though the club had arranged an interpreter, showed that he was keen to make a good impression on the British press. He looked confident throughout his news conference, calmly answering questions even though he struggled to find the right words at times. Arsenal chief executive Ivan Gazidis, sitting next to Emery throughout, talked up the energy and passion he displayed during the interview process and that shone through in the way he talked about the challenge ahead.

“How do you develop? I think that’s about battling for every title. That’s something that is in Arsenal’s history and it’s in my history as well. And I want that to continue. Our objective is to win titles and to be among the best teams in Europe. I also want to make the fans proud of the team. I know they already are, but I want them to continue to be.”

Emery will be expected to deliver better results on the pitch than Wenger did in recent years but he’ll struggle to deliver better quotes. His French predecessor is an eloquent speaker in four or five languages, could offer thoughtful opinions on a number of non-football related topics and delivered a long list of memorable lines and “Wengerisms” during his news conferences.

We’ll have to settle for more basic lines from Emery — at least until he gets more settled in — but he also brings a more youthful energy compared to Wenger, who often gave the impression that he had seen and heard it all before, which he had.

And of course, Emery’s jet-black hair is quite a contrast to Wenger’s silvery mane as well.

7/10 — Emery showed that he’s not afraid of living in Wenger’s shadow and that he intends to put his own stamp on this team as soon as possible. Succeeding a club legend is no easy task but he seems well-equipped to handle the additional challenges that come with filling such large shoes. 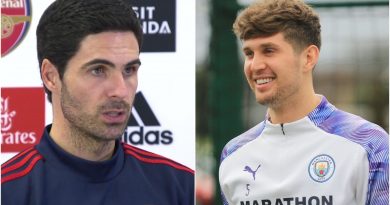 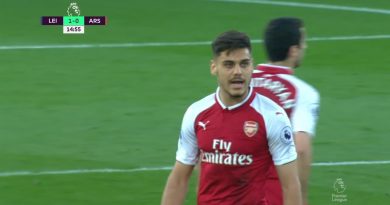 Arsenal’s Mavropanos sent off for tackle on Iheanacho

May 10, 2018 ayman022 Comments Off on Arsenal’s Mavropanos sent off for tackle on Iheanacho 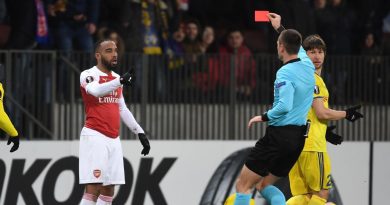