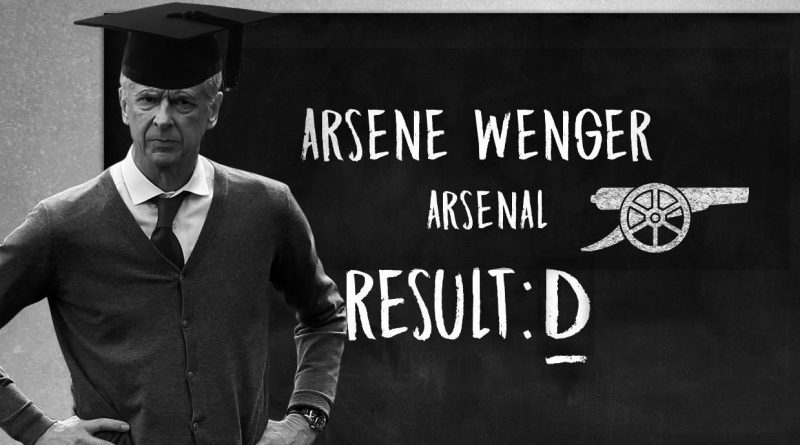 How did Arsenal’s class of 2017-18 get on in the Premier League this season? We take a look back at their campaign under Arsene Wenger.

Wenger’s final season became the worst of his 22-year Arsenal reign. The Gunners were out of the Premier League title race in November, got hammered 3-0 by Manchester City in the Carabao Cup final and squandered one last chance at glory against Atletico Madrid in the Europa League semifinals.

They couldn’t even keep up a credible fight for a top-four spot in the league as a truly embarrassing away record condemned them to a sixth-place finish — their lowest since Wenger took charge in 1996. The drawn-out saga surrounding Alexis Sanchez in the first half of the season also added to the sense of dysfunction, although it ended relatively well with the swap deal for Henrikh Mkhitaryan.

Wenger was given the heartwarming send-off he deserves, but the previous nine months showed without a doubt that it was time for him to go.

Pierre-Emerick Aubameyang has been a bright light since his arrival in January. But it was already too late to make a difference, other than creating a bit of hope for next season.

Most Arsenal players have underachieved, but perhaps Nacho Monreal can be lifted up as a rare exception. The Spaniard has kept summer signing Sead Kolasinac on the bench for much of the year as one of the team’s most consistent performers. While he was part of Arsenal’s defensive lapses at times, chipping in with six goals from the left-back position (more than Alex Iwobi and Jack Wilshere combined) is quite an achievement — especially as most of those goals came at crucial moments of the game.

Jack Wilshere deserves a mention as well for coming back from yet another long-term injury and re-establishing himself as a regular, while Aaron Ramsey has shown his best form since 2013-14.

Where to start? Shkodran Mustafi’s mistakes at the back cost Arsenal on numerous occasions, as has Granit Xhaka’s lack of defensive awareness in midfield. Together they have managed to make Arsenal’s decision to spend a combined £70 million or so on them in 2016 look foolish.

Hector Bellerin took a step backward this season and hasn’t developed the defensive side of his game at all (a pretty big deal for a defender) Alex Iwobi’s progress has stalled completely. Not even Petr Cech has been the reliable rock he usually is, with mistakes creeping into his game as well.

The 2-0 home win in the North London derby in November was about as good as it got for Arsenal this season. That convincing performance halted talk of a North London power shift — albeit only temporarily — and earned Wenger a respite from fan criticism that lasted until the loss in the reverse fixture in February.

The only other standout moments were the Carabao Cup semifinal win over Chelsea and Europa League victories over CSKA Moscow an AC Milan. But a club like Arsenal should have much higher standards than that. Perhaps the best moment of all came away from the pitch with the club-record signing of Aubameyang.

Plenty to choose from here. But the pathetic display in the Carabao Cup final that was followed by an identical 3-0 hammering at the hands of Manchester City at a half-empty Emirates four days later must go down as the real low watermark and probably the point of no return in terms of Wenger’s future.

Although in big-picture terms, the completely needless away losses at Stoke, Watford, Bournemouth, Brighton and Newcastle were the ones that really cost Arsenal a top-four spot.

Hiring the right manager is of course priority No. 1 for Arsenal. It’s the biggest decision they’ve had to make in 22 years and they must get it right in order to re-establish themselves as proper title contenders.

After that, they should shift their focus to sorting out the defence. This team needs at least two summer additions to strengthen the spine — a tall, strong centre-back and a holding midfielder who will view his main priority as keeping a clean sheet. One could argue that the entire back four needs replacing, but that’s unlikely to happen and hopefully the new manager will be able to get more out of the likes of Mustafi and Bellerin if they stay at the club.

When the transfers are done, the other big job for Wenger’s successor is to instil a completely new mentality in this side. They have been too soft for too long and turning these players into a group of ruthless winners is the biggest challenge of all. 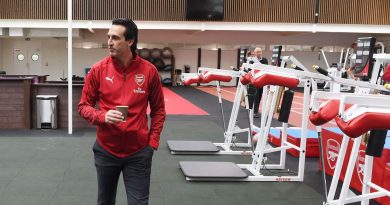 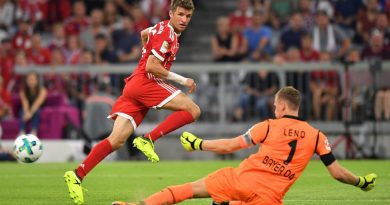 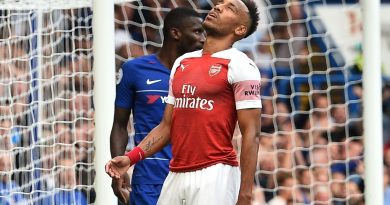 Pierre-Emerick Aubameyang has shocker as Arsenal lose at Chelsea

Aug 18, 2018 ayman022 Comments Off on Pierre-Emerick Aubameyang has shocker as Arsenal lose at Chelsea