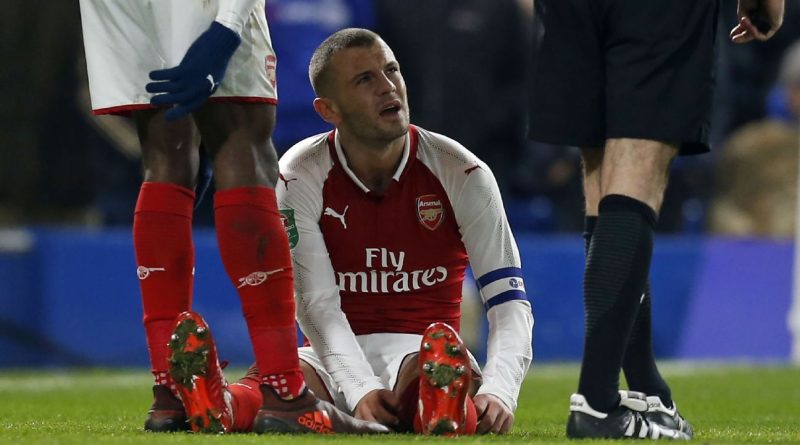 When Arsenal’s new executive team sat down to discuss their summer strategy, central midfield might well have been top of their agenda. Ever since Santi Cazorla first fell victim to the Achilles problem that ultimately ended his Arsenal career, the Gunners have struggled for stability in the middle of the park. However, the past few days have seen Arsenal make significant strides in their attempt to remodel their midfield — and it does not look like Jack Wilshere is part of those future plans.

It was inevitable that the arrival of a new coach would create some casualties. In his very first news conference, Unai Emery made clear that he intends to try and mould Arsenal into a “pressing” team. It’s an exciting prospect for Arsenal fans, and one that will inevitably inform the profile of personnel he wants in his midfield.

It feels significant than Ainsley Maitland-Niles has received a new contract extension. After impressing as a utility man last season, he seems primed to be part of Emery’s midfield contingent next season. Chief Executive Ivan Gazidis has already confirmed the England Under-21 international’s potential was a point of discussion in Emery’s interview, and his promotion to the No. 15 shirt suggests he will be playing a more regular part in 2018-19. Maitland-Niles is an archetypal modern midfielder: a superb athlete who is able to exert influence at both ends of the pitch.

He looks set to be joined in the middle of the park by Uruguayan midfielder Lucas Torreira. The Sampdoria player had been lined up for a move to Napoli, but the latest reports indicate that Arsenal may have persuaded the player to trade Serie A for the Premier League. Of all the players Arsenal are rumoured to be interested in, Torreira is probably the one that will excite Arsenal fans most: he’s exactly the kind of dynamic midfield player they have been crying out for.

Torreira, who began his career as a forward, has an energetic style that once saw him compared to Carlos Tevez. He is a metronomic passer, quickly shifting possession to keep the opposition on the move. However, it’s without the ball that he’s arguably most impressive. He has the athleticism and the desire necessary to implement Emery’s pressing philosophy.

With Mohamed Elneny, another marathon-runner of a midfielder, also under long-term contract, Emery is building an impressive collection of tireless midfield talent. He’ll also be hoping to convince Aaron Ramsey to extend his stay in North London beyond its 10th year. The Welshman’s relentless running makes him an ideal fit for this new-look, more tenacious Arsenal.

Jack Wilshere, however, feels very much like the odd one out. His contract is now just days away from expiring, and as yet there is no news of an extension. Arsene Wenger seemed confident an agreement would be reached, but rather obviously his opinion is no longer of any great significance.

The issue for Wilshere is that the injuries he has suffered mean he simply doesn’t have the physical capacity to play at the intensity Emery is likely to demand. For all his technical qualities, he can’t compete with the athleticism of Maitland-Niles or Torreira. Wilshere proved last season that he could avoid injury, but he did not sufficiently demonstrate that he can cope with the pace of the game at the highest level any longer.

Presumably that was also part of England manager Gareth Southgate’s thinking when he chose to leave Wilshere out of his World Cup squad. Wilshere is enormously passionate about playing for his country, and his omission will have hurt. However, being told that he’s surplus to requirements at Arsenal, the club where he was reared, will arguably be all the more painful.

Within the next fortnight, Emery and Wilshere will presumably meet to make a final decision about the midfielder’s future. Judging by the drastic midfield rebuild that is currently underway, Emery’s mind is already made up. Arsenal are moving on, and sadly it does not look as if Wilshere will be able to keep pace. 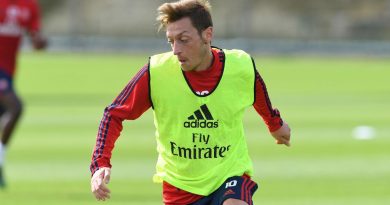 Aug 21, 2019 ayman022 Comments Off on Ozil training ahead of Liverpool, Spurs games 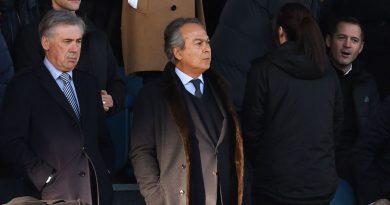 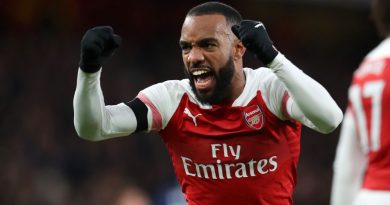