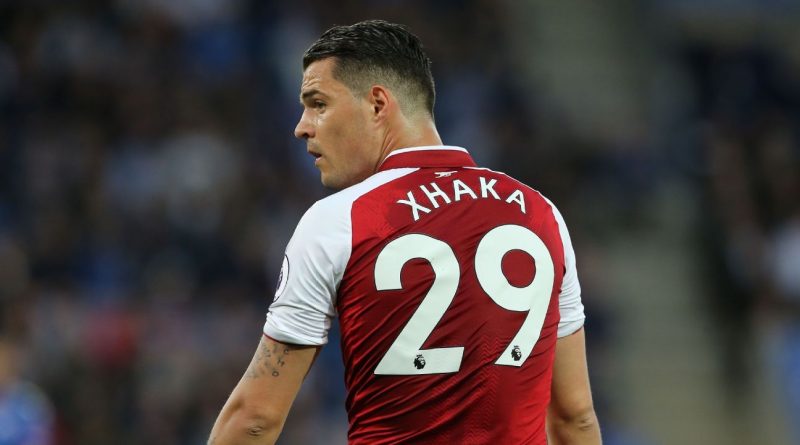 The Arsenal rebuild is underway. Unai Emery has been announced as head coach and the club is pressing ahead with their transfer activity, with head of recruitment Sven Mislintat reportedly closing in on moves for Stephan Lichtsteiner and Sokratis Papastathopoulos.

The transfer window is one way Arsenal can improve upon their showing in 2017-18. However, Emery will also be charged with improving the players already at his disposal. Chief executive Ivan Gazidis has noted that Emery’s willingness to work with the existing squad was one of the most important elements of his interview, saying, “[Emery] had an analysis of all of our individual players, their qualities and how he thinks he can help them develop individually and collectively.”

There’s plenty of room for improvement; after all, the vast majority of Arsenal’s players under-performed last season. Here are three players who stand to benefit most from Emery’s arrival.

The Switzerland midfielder had a strange 2017-18 season. He started dreadfully, with frequent defensive lapses being ruthlessly punished by clinical opposition. However, at the midway point of the campaign, Xhaka’s season began to turn around. Whether as a consequence of instruction or unforgiving self-analysis, he steadily became more defensively diligent. Crucially, his passing also returned to its best, and by the end of the season he was regularly one of Arsenal’s better performers.

Midfield is one of the critical areas where Emery will focus most of his attention in preseason. Ever since Santi Cazorla succumbed to the Achilles problems that ultimately ended his Arsenal career, the Gunners have struggled to control the middle of the park. With Aaron Ramsey and Jack Wilshere both in precarious contract situations, it’s almost certain that the team’s “engine room” will get a significant overhaul this summer. However, Xhaka should not be particularly worried for his place: he’s exactly the kind of holding midfield player Emery likes.

Admittedly, Xhaka is not a conventional “destroyer,” looking far better with the ball than without, but that doesn’t appear to be a problem for the Spanish coach.

“All the great defensive midfielders suffer from a lack of space behind them, and when they are required to track back,” said Emery to Culture PSG shortly afer the announcement he was leaving the French champions. “But when a team has the ball 70 percent of the time, that is more important than knowing if you’ll struggle when tracking back. You are the one dominating the matches. That’s why your defensive midfielder’s output during moments where you don’t have the ball is less important, because those periods don’t last as long.

“If I were to put a destroyer at defensive midfielder, there’s a significant trade-off between what I can do during build-up play rather than what I can do in defensive situations. Of course, Thiago Motta needs to be better without the ball. But if you analyse Xabi Alonso or Sergio Busquets, the same could be said for them. They struggle during those periods, but they contribute so much more while on the ball.”

Emery has overseen some fantastic attacking right-backs in his time. In his early days at Valencia, he had the overlapping runs of Miguel. At PSG, he was able to call upon Dani Alves, arguably the greatest forward-thinking full-back of his generation, and he will doubtless be excited at the prospect of working with Hector Bellerin.

There has been considerable speculation over the right-back’s future, but the news that he intends to take the No. 2 shirt next season is presumably an indicator that his immediate future lies in London.

Bellerin will not look back on the season particularly fondly. After a strong start to his Arsenal career, his development seemed to take a backwards step, hitting its nadir in the second leg of the Europa League semifinal, when his lax marking allowed Diego Costa to run clear and score the crucial goal for Atletico Madrid.

Like so many young Arsenal defenders before him, Bellerin simply failed to learn from his mistakes. In what sadly proved a common pattern under Arsene Wenger, he started brightly only to succumb to chronic individual errors. It’s the same story that saw the likes of Philippe Senderos, Johan Djourou and Kieran Gibbs fail to fulfill their potential with the Gunners.

Emery’s attention to detail could do wonders for Bellerin’s development. Crucially, he puts significant emphasis on video sessions — he is fascinated by the minutiae of the game. It’s that kind of obsessive attention to detail that could help turn Bellerin from a decent prospect into a reliable defender. Hopefully, Bellerin’s countryman can bring out the best in the promising full-back.

Much like Bellerin, Alex Iwobi is another Arsenal youngster who has not developed as fans hoped he would. Last season he was dogged by inconsistency that inevitably impacted his confidence. At times he looks to be crying out for some structure to his play — a set of instructions to fall back upon when his improvisational ability escaped him.

Emery is the sort of rigorous coach who could provide that. He loves athletic forwards in the Iwobi mold, and would surely be intrigued by such a multi-functional player. At his unveiling, Emery placed particular emphasis upon his love of pressing.

“I think the history here is one thing, they love playing with possession of the ball,” said Emery. “I like this personality, I like being the protagonist with the ball. And when you don’t have possession of the ball, I want a squad that is very, very intensive with the pressure. It’s very important for me to be a protagonist with the ball and pressing when you don’t have the ball.”

Iwobi has the necessary attributes to be an effective pressing forward. He has shown in the past he can absorb defensive duties when instructed accordingly; one need only look at his performance in Arsenal’s 0-0 draw at Stamford Bridge last season.

Right now, Iwobi is a player struggling for an identity, but Emery could potentially transform him into a hard-working utility player who can fill a variety of roles in the forward line. If Iwobi takes to Emery’s pressing system, he may have a future at Arsenal after all. 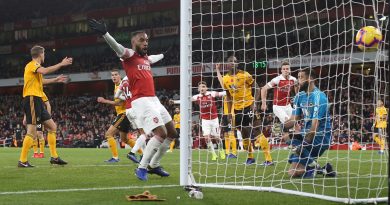 Nov 12, 2018 ayman022 Comments Off on Arsenal 1-1 Wolves: Mkhitaryan rescues point for the Gunners 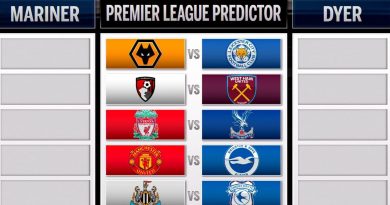 Jan 17, 2019 ayman022 Comments Off on Premier League Predictor: Liverpool to widen the gap? 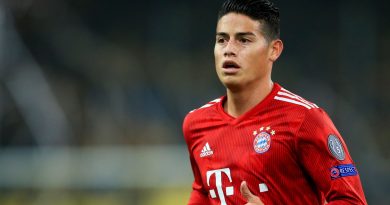 Is James Rodriguez on his way out of Bayern?