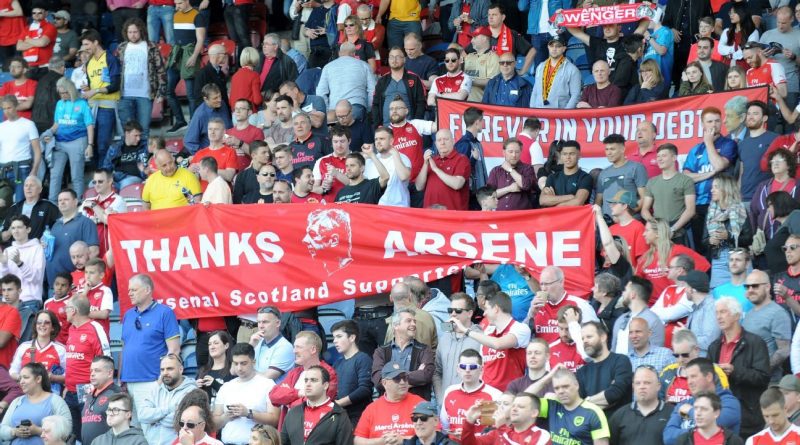 Arsene Wenger met the press one final time in the wake of Sunday’s 1-0 win over Huddersfield Town.

It was his last ever game as Arsenal manager, and it took place against a club which is historically linked to the Gunners. In 1925, Herbert Chapman left Huddersfield to take over at Arsenal and, like the man who bowed out so many years later, he was a visionary who had a profound impact on the club.

The Frenchman referred to Chapman as “our greatest ever manager,” no small thing when it comes from a man who has done so much at Arsenal, and said, “When you know the history of our club, for me it has a special meaning.”

Ultimately, Sunday’s game meant little other than the chance for Wenger to mark his last game in charge with a win. Pierre-Emerick Aubameyang’s 10th Premier League goal of the season — impressive when you consider he didn’t play his first game until February — was enough to take the three points and to bookend the manager’s career with a victory.

He began with a 2-0 win over Blackburn in 1996 and 1,234 games later finished with a 1-0. What happened in between has been the subject of countless articles reminiscing and celebrating the man, the manager and all he has done. He’s given a lot to Arsenal and to English football, so it’s only right that his career is marked in this way.

What has been an interesting part of the last few weeks, since the announcement of his departure was made, was how much Wenger himself seems to have enjoyed it. Being the workaholic, determined type he is, the decision to leave was one which he was never going to make of his own volition, but when pushed in that direction it appears to have taken a weight off his shoulders.

Sometimes it takes somebody else to tell you something you know deep down, and there was an acknowledgement of that in Sunday’s news conference when he said “Maybe it’s time…”, when referring to his departure. For Wenger, that’s as close as you’re ever going to get to an admission, and his interaction with the fans saw him as comfortable and at ease as he ever has been.

The frustration and anger has dissipated completely, with people keen to remember the good times, achievements, memories and history that Wenger has created at the club. Beyond a vocal minority whose abuse was mistakenly believed to represent a greater proportion of the Arsenal fanbase, most held him in respect and admiration even if they wanted things to change.

That reciprocation of the relationship at Huddersfield was a touching moment, the Frenchman quipped afterwards: “I should have announced every week that I was retiring, people have been so nice with me since I said that!”

Beneath that, however, is the reality of Arsenal’s situation. A sixth-place finish is a significant reason why Wenger’s time in charge is over, and once more they won’t be feasting from Europe’s top table next season. The new manager, whoever he might be, will have the challenge of making the Gunners more competitive, while dealing with the inconvenience of the Europa League and its testing schedule.

There’s work to be done on improving the squad — something which the new executive structure of Sven Mislintat and Raul Sanllehi — will take considerable responsibility for, and without the battle-hardened shield of Wenger, the focus will now turn on those above the manager when things go wrong.

For a long time the board and the chief executive have remained silent, letting the manager take the full brunt of criticism. They no longer have that option. It was at their insistence that Wenger announce his decision to step down, and there’s credit due for that for a number of reasons — not least the chance for him to go out with this outpouring of goodwill from the fans.

They have taken the power away and now they assume the responsibility for the future of the club. It will be impossible for any new coach to have the same impact as Wenger did, but that’s not where the bar should be set. The 68-year-old should be remembered for what he did and how he did, and the new man must be allowed to make his own mark and judged in that context alone.

It’s a brave, new, exciting and uncertain world for Arsenal and Arsenal fans, but after complaints about all the old familiar failings, isn’t that exactly what people wanted? 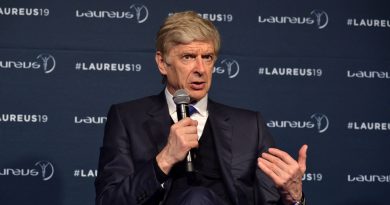 Wenger: I am desperate to sit on bench again 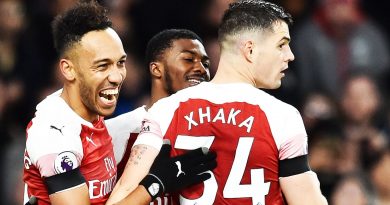 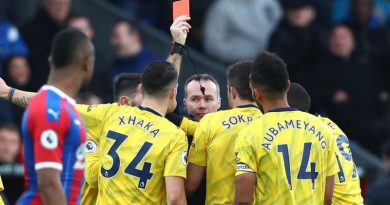