Juventus boss Massimiliano Allegri will reward his players with an extended summer holiday if they can secure the point they need to win the Serie A title at Roma on Sunday.
The Bianconeri are six points clear of Napoli with two games remaining and have already all-but clinched a seventh straight Scudetto thanks to their superior goal difference over the Azzurri.
Avoiding defeat at the Stadio Olimpico would “end all conversations” about the title, no matter what Napoli do in their simultaneous match at Sampdoria.
Allegri is suitably wary of Roma, though, given the Giallorossi are third in the table and managed to reach the last four of the Champions League, knocking out the likes of Barcelona on the way.
He said at his pre-match press conference: “Tomorrow will be a beautiful match and we are hoping to end all conversations about the Scudetto.
“I’ve told the boys that if they want an extra week of holiday then they’ll have to get a result.”
On the Romans’ manager, Eusebio Di Francesco, Allegri added: “He has done very well and it’s not easy to get to the semi-finals of the Champions League. He’s one of the best young coaches around.”
Napoli threatened to take the Scudetto battle to the final rounds of the season when they won dramatically in Turin late in April.
Allegri said: “The hardest thing in football is to combine winning with playing beautifully.
“The season is decided by moments and episodes and you have to work both towards results and towards unlocking players’ capabilities.
“Juventus had the wisdom to remain calm after the game against Napoli, who have had a brilliant season. Their three years under (Maurizio) Sarri have brought great improvement and they must be commended.”
Argentina striker Gonzalo Higuain will return to the XI after starting on the bench in the midweek Coppa Italia victory over AC Milan.
“Higuain will play tomorrow, along with (Paulo) Dybala,” Allegri confirmed. “(Higuain) didn’t start in the cup final because the match might have lasted 120 minutes.
“He has been decisive in key matches this season.”
Roma are without Kostas Manolas, Gregoire Defrel, Bruno Peres and Rick Karsdorp due to injury.
Despite being confined to the sidelines with muscle fatigue, Greek defender Manolas had his say on Sunday night’s clash.
He told La Gazzetta dello Sport: “Juventus are more used to winning and have a stronger mentality than us. Our matches against smaller sides have not been as good, and they are decisive for the Scudetto.” 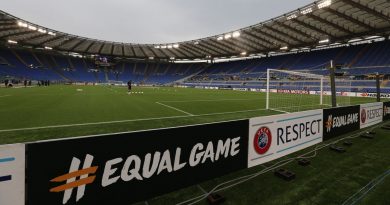 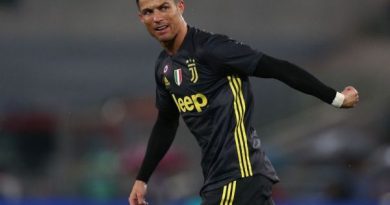