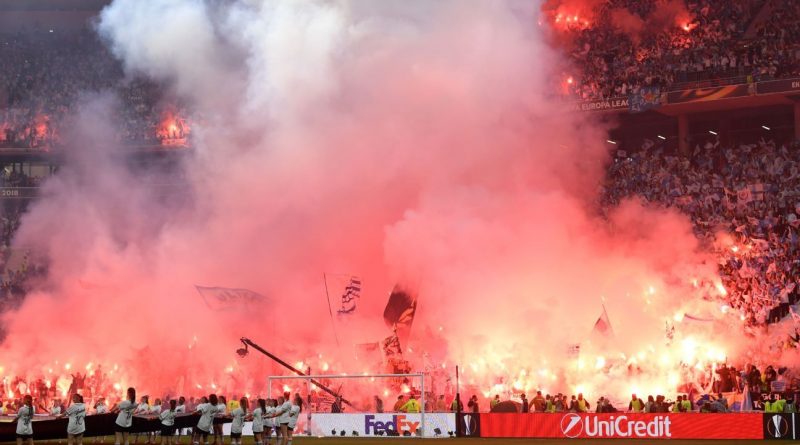 NYON, Switzerland — UEFA has ordered Atletico Madrid to close a section of their stadium as punishment for fans displaying a far-right banner at the Europa League final last month.

European football’s governing body says Atletico must shut off at least 3,000 seats at their first home game in the Champions League next season.

UEFA’s disciplinary panel found Atletico guilty of a charge of “racist behavior” at their 3-0 win against Marseille last month in Lyon, France.

Atleti’s punishment comes after an Atletico supporter was fined €3,000 and banned from all sports facilities for 12 months by the Spanish government’s anti-violence committee, for launching a balloon featuring a Nazi swastika symbol from the crowd during his team’s goalless draw at home to Real Betis on April 22.

Marseille were also cited by UEFA for incidents during the match.

The Ligue 1 side were officially charged with breaking five different sections of the UEFA disciplinary regulations — in the areas of crowd disturbances, acts of damages, setting off fireworks, throwing of objects and late kick-off. 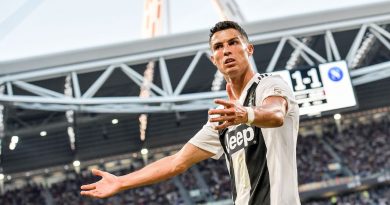 Mar 11, 2019 ayman022 Comments Off on Ronaldo getting frustrated as he longs for Juventus to play more like Real Madrid 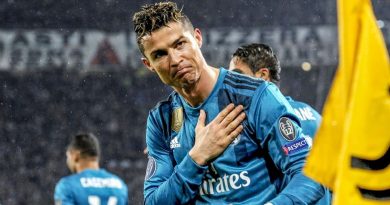