La Liga’s plans to stage a match in the United States next month have been derailed after Barcelona, who were scheduled to play Girona in Miami, withdrew their support for the game on Monday following a board meeting.

The Spanish league signed a 15-year agreement with entertainment company Relevent Sports designed to promote the sport and La Liga in North America back in August.

The deal included hosting one regular season Spanish league game on American soil per season — with Girona’s home match against Catalan neighbours Barcelona earmarked to be played on Jan. 26 at the home of the NFL’s Miami Dolphins.

Barça were and still are willing to play in Miami, but consider that the project will not prosper until there is an agreement between all parties involvedhttps://t.co/PWVMEPU9zz

However, the club’s board of directors said on Monday it agreed to withdraw the team’s intention to play the game, but remains behind the idea of the game aboard.

The Spanish league last month took legal action against the country’s football federation in an effort to get approval for the Jan. 26 match at Hard Rock Stadium. A court decision is expected on Thursday.

A source with knowledge of the situation said the Spanish federation used delaying tactics that prevented organisers from getting the logistics for the match in place, essentially making it impossible to play in January.

The source also said organizers remained optimistic that a match with either Barcelona or Real Madrid will be played in the U.S. either later in 2018 or in early 2019.

The proposal to play the match in the U.S. has received opposition from the Spanish FA and football’s world and European governing bodies, UEFA and FIFA, and the Spanish players’ union. It now appears that Barca’s support is also wavering while the various parties involved cannot reach agreement.

The inability of the various parties involved to reach an agreement ultimately led Barcelona’s board to its announcement on Monday to withdraw from the match.

“The FC Barcelona Board of Directors have agreed to withdraw their willingness to play against Girona in Miami after seeing the lack of consensus surrounding the proposal,” read a club statement.

“Barcelona were and are willing to go to Miami in order to play a La Liga game, and accepted that the profits would be shared amongst all clubs in the first and second divisions, in alignment with the TV rights deal, but considers that while all the parties involved cannot reach an agreement, this project cannot thrive.”

La Liga also released a statement on Monday to weigh in on the future prospects for a match outside the U.S., which read in part: “We regret disappointing our fans in the US and will work to, in the shortest time possible, play an official La Liga game in the U.S., just like the major American leagues (NBA, NFL, MLB, NHL) play games abroad.

“La Liga will continue its court proceeding so an official league game can be played outside of Spain. La Liga believes strongly that The Real Federacion Espanola de Futbol (Royal Spanish Football Federation, RFEF) is not acting in accordance with the law.”

ESPN’s Jeff Carlisle contributed to this story and information from Reuters and the Associated Press was also used. 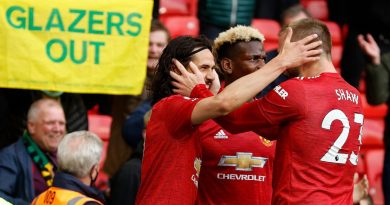 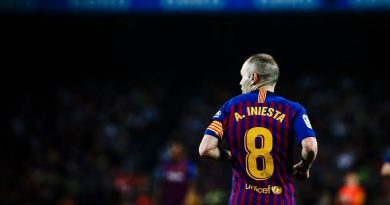 May 20, 2018 ayman022 Comments Off on Barcelona beat Real Sociedad Andres Iniesta seven out of 10 in final Barca appearance 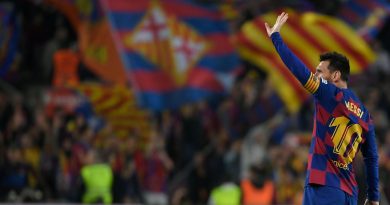 Lionel Messi scores perfect 10 for Barcelona with another otherworldly showing

Oct 30, 2019 ayman022 Comments Off on Lionel Messi scores perfect 10 for Barcelona with another otherworldly showing