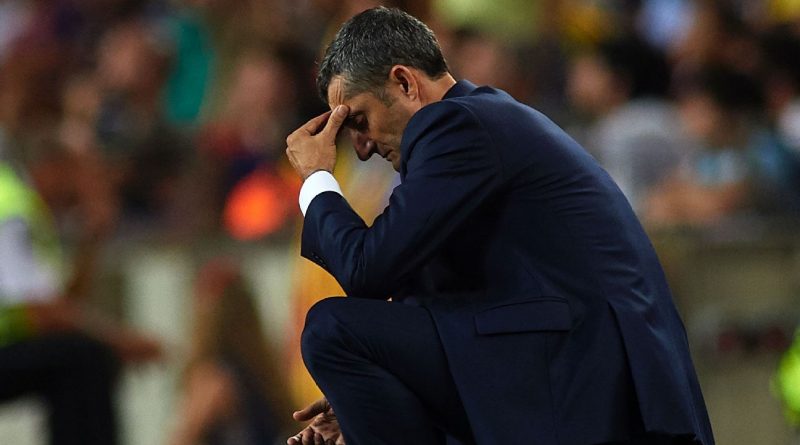 Do you remember that time you cautiously decided to go back out on a date with your ex, knowing that “there lies trouble”? Or the moment when, after a couple of gym sessions, that extra slice of cheesecake with cream that everyone else was having at dinner suckered you into eating it? That last drink that you truly fancy, despite an inner voice telling you “No!”?

The results? A blistering reminder of why you two broke up in the first place, a couple of pounds extra on the scales when you dare to look and a thumping headache at work on Monday morning. We all know the story.

And Valverde? Those nagging voices in his head during the summer whispering seductively: “You’ve got to give the Barca purists more entertainment” and “The president is going to demand that his €120 million plaything called Ousemane Dembele is on the team sheet every week” — that’s his equivalent of the “Oh, go on, then!” via which you get into partner/cheesecake/tequila trouble.

Those voices persuaded him to drop his four-man midfield wrecking crew of 2017-18 and try out this term’s three in the middle and three up front.

The Basque coach, a 4-3-3 winger by trade, choked the living daylights out of La Liga last season. Valverde knew damn well that, for a variety of reasons, both Andres Iniesta and Sergio Busquets would be a million times happier and more efficient if they were constantly accompanied by two further midfielders.

For the past 15 years, Barca have re-branded themselves, become vastly successful and, in bursts, played some of the greatest football ever seen by mankind via a 4-3-3 formation. However it’s a devilishly difficult system to get right, particularly if the guys above you keep buying the wrong types of footballers — and abandon any real pretence that they care about homegrowing them.

So last season’s Blaugrana midfield — typically Ivan Rakitic, Busquets, Paulinho and Iniesta, but with niceties including Philippe Coutinho or Sergio Roberto — was built for solidity. The midfield trio, for years a jaunty, exhilarating, sexy, open-top sports car became a Volvo. But it worked. Domestically at least, nobody managed to wrest either enough control or enough quality of space in order to damage Barca significantly.

If Jordi Alba and the right-back pushed up and/or Lionel Messi dropped deep, Valverde’s side had the kind of total domination, choke-hold control of the middle of the pitch that meant that Gerard Pique and Samuel Umtiti, had they so chosen, could have played most La Liga or Copa del Rey matches wearing a velvet smoking jacket, a ruffled cravat and puffing on a massive Cuban cigar.

The purists were unhappy. Paulinho was treated, at least by the media and a core part of the fan base, like some guy at a wedding reception who nobody felt they knew but everybody was too timid to ask to leave. The swamping of midfield worked in terms of efficacy, but not aesthetics. Nor did it function in Europe.

Luis Suarez floundered without a winger in the 4-4-2 system. He hasn’t scored away from home in the Champions League for three years.

Those teams that confronted the Catalan club with ultra-high-energy aggression and runners in behind the four-man midfield — or long balls over the top like Roma constantly used when knocking them out of the Champions League — found a way to negate the midfield superiority of numbers: a remedy to the tactic.

Messi remains, unquestionably, the Sun King of Barcelona. He plays virtually every minute. By the Argentine’s command, Suarez does too.

If Dembele is someone that the board who funded his vastly expensive transfer demand to see playing, then there’s your regular three up front — hands tied. It’s also a fair point that Dembele wouldn’t be able to show the stuff he’s stupendous at, or sand down the rough edges in his football savvy, unless he’s playing most weeks. Learning by doing.

Three up front either means three in midfield or, if four in the centre is vital, then three at the back.

The 3-4-3 was, too, largely the shape that Johan Cruyff’s Dream Team favoured — there are precedents elsewhere in La Liga and also at the Camp Nou. That’s for sure. Frank Rijkaard tried it occasionally while Barca coach — to occasionally horrible results.

If anything, that 3-4-3 formation is still more eclectic — full of the best and worst. Functioning well, it can literally transfix opposition, frightening the living daylights out of them, presenting “overs” of 5-v-3 or worse in attacking situations. On a day when the central pivot midfielder is pressed and robbed, when passes go astray, when the wing-backs or wide midfielders don’t do their job positionally, you can be torn to shreds and look like a fancy pants who couldn’t spell the word “defence” or find a dictionary via which to look it up.

Valverde knows now, after the embarrassments of home draws to Girona and Athletic Bilbao plus the lifeless defeat to Leganes, that his 4-3-3 experiment can’t work. Or at least not without a few unlesses:

It can’t work unless Busquets is on absolutely top form mentally, athletically and technically. It can’t work unless Rakitic is given time and respite to cope with the massive overload of playing well over 4,000 minutes for his club last season plus all the way through to his first World Cup final in the summer. It can’t work unless Dembele learns to press, to tackle and to track back with massively more diligence than right now. It can’t work unless Coutinho, as almost a guaranteed member of that three-man midfield, gives the ball away less often, wins possession more often and, generally, presses with more success — all of which he’s capable of.

Above all, it can’t work if Barcelona want to win La Liga and the Champions League.

Much of the focus on Barcelona’s defending this season has been on individual failings. Did Pique doze off? How did Umtiti or Clement Lenglet get themselves sent off in such a manner? Was Busquets any use while filling in for Lenglet against Girona before Umtiti came on to steady the ship? Shouldn’t Marc-Andre ter Stegen have roared a warning to Pique against Leganes that there was a completely unmarked opponent streaking in to pick off any fluffed clearance and that the Catalan should have stabbed the ball directly out for a corner? Has Thomas Vermaelen forgotten how to jump? Where the hell was the offside line against Athletic while the Basques went 0-1 up at the weekend?

And on and on it goes. There were extenuating circumstances in most of those errors, though — and what’s more, most of the analysis missed a crucial point.

What’s a fact is that Barcelona have been risking this high-wire defensive act for a few seasons. As Xavi departed and Iniesta aged and Busquets had fewer like-minded players around him — thus often had his lack of pace exposed — Barcelona’s defence got used to anarchic situations. Their strikers wouldn’t press or track, the midfield got over-run and the defence carried the can.

One-v-one or even one-v-two defending against counter-attacks, again and again. Being swamped because, athletically, Barcelona’s midfield couldn’t track back properly if any pass was misplaced. That was one of the main reasons for Valverde’s switch to four men in the centre of the pitch last season — and for him winning his debut league title.

Particularly with a tricky next four weeks containing tests against Tottenham, Valencia, Sevilla, Inter Milan twice and, let’s not forget, the Clasico against Real Madrid at the Camp Nou, it’s unquestionably time for Barcelona’s manager to pick one of two options: Either risk 3-4-3, the footballing equivalent of poker’s all-in bet where you put every remaining betting chip on your decision, or he can accept that he got it right last season, tell his critics to go to hell and revert to the 4-4-2 (this time with the excellent Arthur giving Rakitic a rest) which won him trophies, if not fans, last season. 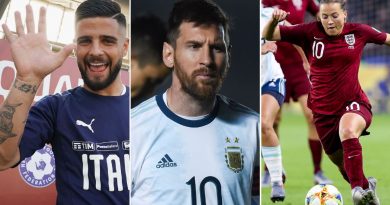 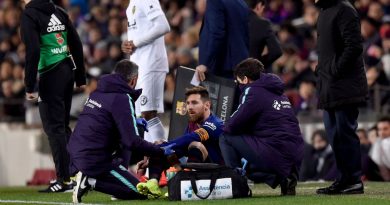 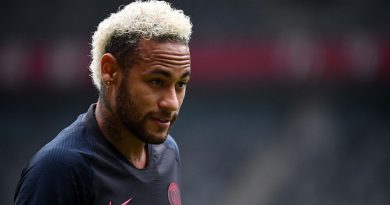