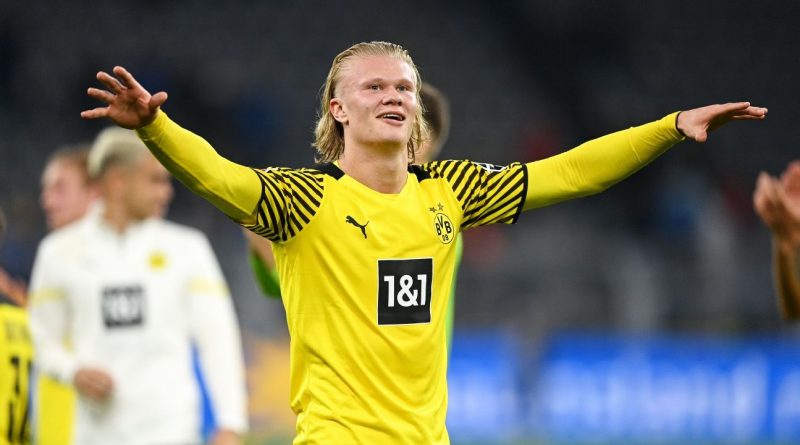 The 2022 January transfer window is open (find out when it closes here) and there’s plenty of gossip swirling about who’s moving where. Transfer Talk brings you all the latest buzz on rumours, comings and goings and, of course, done deals!

Barcelona president Joan Laporta believes his club will be able to sign Borussia Dortmund striker Erling Haaland in the summer, according to Marca.

The Norway international is Laporta’s main priority and he insists that the Blaugrana will have the required funds to make their move in the next transfer window, despite debts of €1.4 billion which have seen the club move the likes of Lionel Messi and Antoine Griezmann off the wagebill.

There is well-documented competition from Real Madrid, but Haaland would be considered less of a star name at Los Blancos, especially due to their pursuit of Paris Saint-Germain‘s Kylian Mbappe. At Barcelona, the 21-year-old is getting a guarantee that he will be the main man for Xavi Hernandez to build his squad around and there will be exciting talent for him to link up with too, with the likes of Ansu Fati, Pedri and now €55m new arrival Ferran Torres (who can’t yet be registered due to LaLiga’s imposed spending limit for the season of €97m.)

While Barcelona will still need figure out how to pay Haaland‘s salary and reported €75m release clause, they are also hoping to persuade him that being their main man will give him greater earning power in off-field deals.

Outside of Spain, Manchester City are said to be Barcelona’s main competition, while Manchester United and Paris Saint-Germain are also monitoring the situation.

08.30 GMT: Donny van de Beek will continue to assess his options for a potential move away from Manchester United in January, sources have told ESPN, despite assurances from interim coach Ralf Rangnick he will get opportunities during the second half of the season.

Rangnick has told Van de Beek he would like to keep him at Old Trafford until at least the end of the season. He is prepared to stay at the club but sources have told ESPN he has reservations about the prospect of increased playing time after starting just one game since Rangnick’s arrival.

Van de Beek, who moved from Ajax in a £40m deal in 2020, is yet to start in the Premier League this season and was an unused substitute for the 1-0 defeat to Wolves at Old Trafford on Monday. He made just four league starts last term and has been dropped from the Netherlands squad by coach Louis van Gaal.

– As Ralf Rangnick tries to unite the Manchester United squad, there are as many as 11 players who want to leave the club, according to The Mirror. The four players named within the report are Jesse Lingard, Donny van de Beek, Eric Bailly and Dean Henderson, who have all grown frustrated with a lack of game time.

– Diario Sport have offered an insight into Arsenal‘s interest in Barcelona forward Philippe Coutinho, saying that the Gunners want a loan without the obligation to sign the Brazil international permanently. Arsenal also want a reduction of the 29-year-old’s wages — whether that comes from Coutinho taking a pay cut or Barcelona supplementing them. There have also reportedly been discussions with Everton, Leicester City and Tottenham Hotspur, while the former Liverpool man reportedly has no interest in signing for Newcastle United.

– Newcastle United have agreed a fee in the region of £12m plus add-ons for Atletico Madrid right-back Kieran Trippier, according to Sky Sports, with the England international set to travel to Tyneside for a medical and personal terms thought not to be a problem. The Magpies aren’t stopping there, as the Telegraph have suggested that they are also targeting Sevilla centre-back Diego Carlos.

– Juventus have recently made contact with Paris Saint-Germain about the possibility of signing striker Mauro Icardi, according to L’Equipe. While the French giants are open to letting the Argentina international leave, they are only willing to let that happen on a permanent basis, rather than for a loan spell.

– Calciomercato says Napoli, Internazionale and AC Milan are all interested in signing Empoli left-back Fabiano Parisi. However, Empoli feel no need to let players leave in January, so will be looking to keep him until the summer at the very least, as not to offload the 22-year-old before he has had the chance to show his full potential in Serie A. 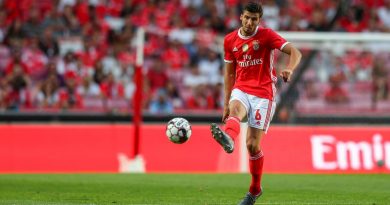 Inter having second thoughts over Lukaku to Chelsea

Aug 5, 2021 ayman022 Comments Off on Inter having second thoughts over Lukaku to Chelsea

Nov 15, 2021 ayman022 Comments Off on Players’ union to report Rayo Vallecano to Spanish government after women’s team play without doctor