Barcelona are in advanced talks to sign Chelsea‘s Andreas Christensen and AC Milan‘s Franck Kessie on free transfers when their respective contracts expire in the summer, various sources have told ESPN.

Sources add that Barca remain optimistic of closing a deal to bring in Christensen’s Chelsea teammate Cesar Azpilicueta, who is also in the final few months of his deal at Stamford Bridge.

An agreement has not yet been closed with either Christensen or Kessie, but a source close to the negotiations has told ESPN that both players are expected to move to Camp Nou ahead of next season “save any late twists.”

Talks have intensified with the pair following the closing of the January transfer window, with Barca hopeful of finalising the deals as soon as possible.

ESPN previously reported that Barca would target Christensen, Azpilicueta and Kessie on free transfers to strengthen in defence and midfield this summer to save money to fund a move for Borussia Dortmund striker Erling Haaland.

They previously tried to sign Christensen on loan two years ago and have been closely monitoring his situation since he moved into the final year of his deal with Chelsea.

The Premier League club have held talks with the centre-back’s camp regarding a renewal but have grown irritated by their approach to negotiations.

They thought they had an agreement in place, but Christensen then refused to sign it, wanting better terms. Sources close to Chelsea now think iti s more likely than not that he, along with Azpilicueta, will leave when his deal expires.

Christensen also has an offer from Bayern Munich, but sources have told ESPN the player prefers the proposal from Barca, who also considered a move for Niklas Sule. However, the Catalan club focused their intentions on Christensen as his profile is more complementary to Ronald Araujo‘s, which paved the way for Sule to agree a summer move from Bayern to Borussia Dortmund.

Christensen, 25, has been at Chelsea for 10 years. He spent two of those years on loan at Borussia Monchengladbach, but has been part of the first-team setup at Stamford Bridge since 2017, making 153 appearances for the club.

Meanwhile, ESPN first revealed in November that Barca wanted versatile Spain defender Azplicueta, 32, and sources say the club are confident of bringing him in.

The issue is not as straightforward as it might have been because Chelsea could execute a clause to extend his contract, but Barca believe Chelsea won’t stand in the player’s way if he wants to leave after 10 years of loyal service.

Kessie, 25, is in a similar position at Milan, with his contract up in June, and the Italian club’s technical director Paolo Maldini has confirmed there is no agreement in place for him to renew.

“It’s normal [because] his contract is expiring and we don’t have an agreement yet,” Maldini said when asked about Barca’s interest. “The stance is the one dictated by the club, we absolutely will not deviate from it.”

Sources have explained to ESPN that the final stages of negotiations are focused on the commission Barca will pay to the intermediaries and the agents involved in the deal. Kessie’s agent, George Atangana, first needs to be registered on the Spanish Football Association’s [RFEF] database to be able to make any money as part of the transfer.

The Ivory Coast midfielder has been at Milan since 2017, when he joined initially on loan from Atalanta, and he has made over 200 appearances for the Serie A side.

Barca have options in midfield, with Pedri, Gavi and Nico Gonzalez all breaking through over the last 18 months, along with Sergio Busquets and Frenkie de Jong, but want to add more depth and competition in the summer. 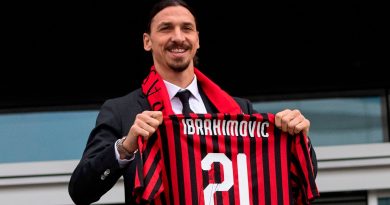 Should Zlatan be in Milan's starting lineup vs. Sampdoria?

Jan 8, 2020 ayman022 Comments Off on Should Zlatan be in Milan's starting lineup vs. Sampdoria? 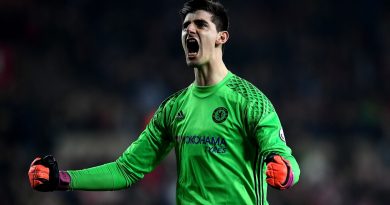 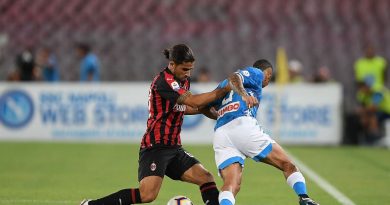