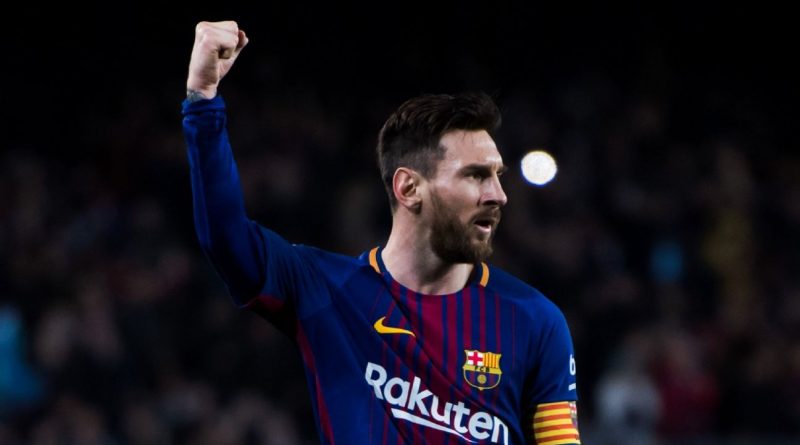 Messi opened the scoring with a free kick in the 27th minute — his fourth goal from a set play in his last six league games — and added a second from inside the box five minutes later.

Barca switched off in the second half, though, and Leganes got back into the game with 20 minutes remaining through Nabil El Zhar’s deflected strike. However, Barca made sure of the three points late on when Ousmane Dembele’s pass fell to Messi, who made no mistake from six yards out.

It’s now been a whole year since Barcelona last lost a game in the league, against Malaga on April 8, 2017. Since then, they’ve gone 38 games unbeaten, drawing level with the league’s longest-ever run set by Real Sociedad in 1980.

Ahead of Sunday’s Madrid derby, Barca are now 12 points clear of Atletico Madrid and 16 ahead of Real Madrid. Ernesto Valverde pointed out on Friday that five wins were needed from eight games to win the title. That’s now down to four from seven.

Barca switched off in the second half. After an imposing first-half performance they let Leganes get back into the game and it wouldn’t be a stretch to say the Madrid side, at one point, looked like they were going to get back into the game. That sort of sloppiness won’t always go unpunished.

7 — Valverde has been in charge for 31 of the 38 unbeaten games (Luis Enrique was at the helm for the other seven) and deserves huge chunks of credit for Barcelona matching the record. They can beat it next week when they host Valencia at Camp Nou.

GK Marc-Andre ter Stegen, 6 — Had no chance with El Zhar’s goal, which skipped off Sergi Roberto en route to the far corner.

DF Nelson Semedo, 7 — Linked well with Dembele in front of him as they both have so much pace. Not many full-backs would look forward to facing that double threat.

DF Gerard Pique, 7 — Completely recovered from the knee problem that plagued him in February and March, Pique produced another decent performance.

DF Thomas Vermaelen, 6 — Made one big challenge in second half as he made his first appearance since the draw with Las Palmas on March 1. Has become a reliable backup to Pique and Samuel Umtiti.

DF Sergi Roberto, 6 — With Lucas Digne out injured, he was drafted in at left-back to give Jordi Alba a breather. Showed his versatility once again after switching from right-back to right midfield in the midweek but didn’t offer enough in attack.

MF Ivan Rakitic, 6 — Filled in for Sergio Busquets once again and looked alright in that deep midfield role. Was untroubled in the first half but overrun at times in the second half.

MF Andre Gomes, 7 — Looked more comfortable in the central midfield role he so rarely gets to play.

MF Philippe Coutinho, 7 — Created Messi’s second goal and had a long-range shot pushed wide in the first half. Dipped out of the game after the break, though, and was replaced by Iniesta.

FW Ousmane Dembele, 7 — Looked good in spells, with his desire to run at defenders causing Leganes problems. Set up Messi’s third. Seems to be more confident now but Barca will still expect a lot more from him.

FW Lionel Messi, 8 — Once again, the architect of Barcelona’s win. Scored twice in the opening period and completed his treble late in the game to take his tally for the season in La Liga to 29. His first goal, a free-kick, was his sixth goal from outside the box in his last six league appearances.

FW Luis Suarez, 6 — Missed a good chance in each half. Was denied by Ivan Cuellar from four yards out in the first half and then prodded a Dembele cross over the bar late in the game.

DF Jordi Alba, 6 — Valverde brought him into the game when Leganes scored to add some stability to a slightly shaking backline.

MF Andres Iniesta, NR — Came on for Coutinho to add control in midfield as Leganes threatened to get back into the game. 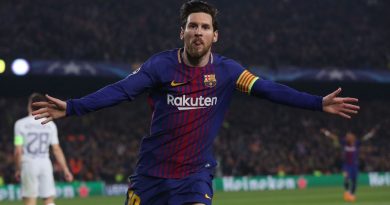 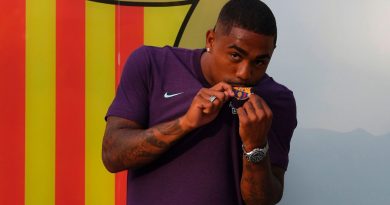 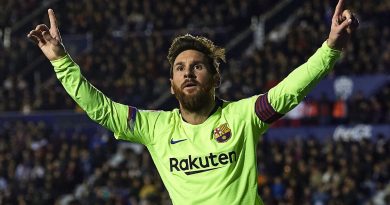