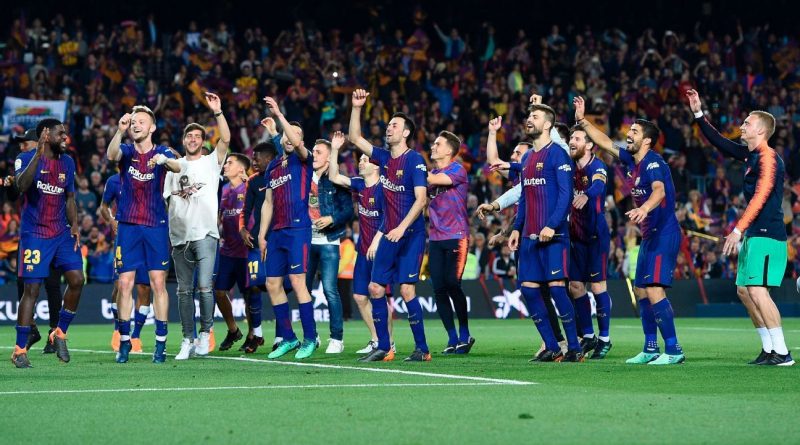 1. Barca hang on to unbeaten record

Villarreal, Levante and Real Sociedad. They’re the only three teams that can stop Barcelona from finishing the La Liga season unbeaten after Ernesto Valverde’s side survived almost 50 minutes with 10 men to draw 2-2 with Real Madrid in an enthralling Clasico at Camp Nou on Sunday.

Fresh from sealing the league title last weekend, the second part of a domestic double, Barca took an early lead through Luis Suarez. Cristiano Ronaldo levelled things up almost immediately, though, and Madrid inherited the favourites tag when Sergi Roberto was sent off just before half-time. Lionel Messi fired the home side back into the lead after the break, but Gareth Bale emerged from nowhere to score a stunning equalizer with under 20 minutes to play.

Madrid looked to have the legs in the final stages, but they couldn’t find the goal they so wanted. They might have already lost the league title, but they desperately don’t want Barca to end the season unbeaten. No one has managed it since Madrid in 1932 — and back then, a campaign only lasted 18 games.

Few would now bet against Barca ending the season unbeaten. Madrid, who have failed to win either league Clasico this season, will hope to console themselves with a third consecutive Champions League trophy later this month. The arguing over what’s worth more, an unbeaten season or successive European trophies, will go on all summer.

After a week of bus parades and glitzy dinners to celebrate winning the double, Barca could have been slow out of the traps here. Instead, they flew out. Suarez had already been denied by Keylor Navas once when he gave the home side a 10th-minute lead. He played a brilliant first-time pass to Roberto, who had acres to gallop into on the left before delivering a pinpoint cross back to Suarez at the far post. The Uruguayan volleyed in his 30th goal of the season.

Suarez then had a penalty appeal turned down before Barca switched off. Maybe the partying had caught up with them after all. Sergio Busquets was beaten to a loose ball by Toni Kroos and Madrid broke. Kroos and Ronaldo exchanged passes, with the latter in the right place at the right time to touch home Karim Benzema’s knockdown.

Madrid had control from there. Ronaldo the perfectionist will have been devastated not to score more. Injured when scoring the equaliser — and eventually substituted at half-time — he could have had a hat trick. A mixture of Marc-Andre ter Stegen brilliance and wayward finishing meant he had to be content with one.

Frustrated by Madrid’s control, Barca began to come off the ropes. Suarez was booked for tangling with Sergio Ramos, and Messi saw yellow for a lunge on the same player. Things took a turn for the worse when Roberto was dismissed for swiping a hand in Marcelo’s direction. The home supporters didn’t agree, especially after Bale had got away with a late one on Samuel Umtiti moments before, and let referee Alejandro Jose Hernandez Hernandez know, jeering his lonely walk off at half-time.

Despite being a man down, Barca were the better side after the break. Madrid, with Ronaldo now watching from the bench, retreated. That said, the Catalans still needed some luck. Suarez fouled Raphael Varane in the build-up to Messi’s goal, but what came after was brilliant. The Argentine slipped inside Ramos and Casemiro and produced a stunning finish past Navas. He should have made it 3-1, too, when he was later sent clean through. This time he was denied by Navas, though.

That miss would come back to haunt Barca when Bale, a passenger in the first half, came alive. The Welsh forward’s fine first-time effort drew Madrid level and the pendulum swung again. Marcelo was denied what looked like a clear penalty as the white bodies poured forward into the Barca box.

Messi had one more chance to win it for Barca, but it was Madrid on top late on. There was to be no late twist to the script, though, despite both sides throwing caution to wind in stoppage time.

2. No such thing as a decaffeinated Clasico

According to some, this was supposed to be a decaffeinated Clasico. They should have known better. There is no such thing. The Clasico is the Clasico.

Barca may have wrapped up the league title last weekend, and Madrid might have their minds on a third successive Champions League final later this month, but these two sides are far too proud to let their minds wander. It took a while to get going, but once it did, it really took off.

Three of Madrid’s back four were booked by the break, including Ramos for a tussle with Suarez which led to a melee in front of referee Hernandez Hernandez. Suarez was also booked. Messi was then cautioned for uncharacteristically flying in on Ramos, presumably exacting immediate revenge for his South American colleague. Bale, somehow wasn’t booked, despite two yellow-card-worthy challenges in the first half.

Perhaps feeling he needed to make a point, to stop the niggling, Hernandez Hernandez then sent off Roberto. The home crowd was furious, jeering the officials down the tunnel at the break. You could make a case for things being as fiery as they’ve been in this fixture since the Jose Mourinho-Pep Guardiola years.

Luckily for the home supporters, Barca channelled their fury into their second-half performance, their 10 men keeping their unbeaten record intact.

For the first time since March 3, Zinedine Zidane returned to the BBC: Bale, Benzema and Cristiano.

Ronaldo, of course, has been an ever-present on the big occasions, but the other two have found their places in the side under pressure. With the Champions League final against Liverpool to come at the end of the month, this was a chance to impress.

Benzema had some nice touches, and Ronaldo, who didn’t need to impress, did well. The Portugal forward scored Madrid’s first equaliser seconds after producing a back-heel pass to Kroos and could have scored more. The only worry is the damage to his ankle. He looked fine on the bench in the second half, but Madrid won’t want to run any risks ahead of May 26.

Which brings us to Bale. The former Tottenham man was nonexistent in the first half. Except, that is, when he fouled Andres Iniesta, playing his last ever Clasico, and Umtiti. He was lucky to escape a booking — perhaps even a red.

But with Ronaldo off in the second half, Bale came up with the goods to remind Zidane of his quality. Will it be enough to win him a starting place in Kiev, though? 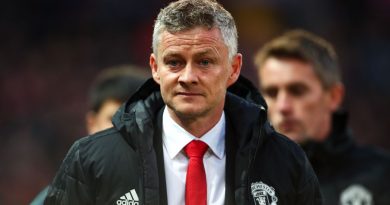 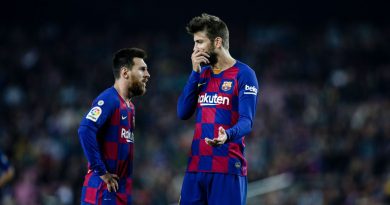 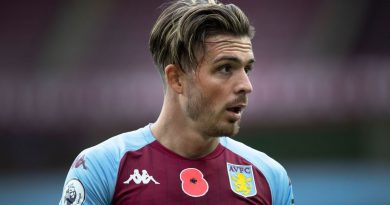