Bayern Munich are set to capitalise on the contract situation of Borussia Monchengladbach midfielder Denis Zakaria, having reportedly followed him for a number of years.

Zakaria, 25, has been heavily linked with an exit from Gladbach since he entered the final year of his contract and Sky Germany reports that the Bundesliga champions are leading the race to sign him when it expires.

With it looking more likely that Corentin Tolisso will leave the Allianz Arena in the summer, the Switzerland international is seen as an ideal replacement on a free transfer, with Bayern particularly keen on Zakaria’s ability to play in midfield as well as part of a back three.

Zakaria also been on the shortlist of Juventus, Arsenal and Manchester United, but interest from Old Trafford has reportedly cooled.

Antonio Conte was keen to keep a hold of the starting goalkeeper whose contract had entered its final six months this January. The 35-year-old will now remain in North London until the summer of 2024.

08.53 GMT: Dusan Vlahovic is a man in demand, with sources telling ESPN’s Mark Ogden that as many as eight of Europe’s leading clubs are interested in the Serbia international.

The 21-year-old has scored 20 goals in 24 games for Fiorentina so far this season and has emerged as one of the hottest properties in the game in recent months. Arsenal are reportedly keen on landing the player this month, but an €80m move in January is unlikely and they face competition from Europe’s biggest clubs.

Borussia Dortmund’s Erling Haaland and Tottenham’s Harry Kane are likely to be the most sought-after centre-forwards in the transfer market this summer. Bayern Munich’s Robert Lewandowski would potentially be available if the Bundesliga club decide to offload the 33-year-old should he reject the opportunity to extend his contract beyond its June 2023 expiry date. But with several top clubs needing to recruit a centre-forward, sources said that Vlahovic is likely to move to a team that misses out on Haaland and Kane.

Manchester United, Manchester City, Arsenal and Barcelona are all in the market for a striker this summer, with Bayern and Paris Saint-Germain also likely to be in the hunt if Lewandowski and Kylian Mbappe leave the Allianz Arena and Parc des Princes respectively.

Sources said that Atletico Madrid and Juventus are also potential options for Vlahovic, although the deep-rooted rivalry between Juve and Fiorentina could prove problematic even if Juventus are able to fund a bid for the former Partizan Belgrade striker.

08.30 GMT: Manchester United are out of the race to sign Erling Haaland, sources told ESPN’s Mark Ogden, with the club ready to focus on alternative attacking options having been made aware the Borussia Dortmund forward favours a summer move to Real Madrid.

Haaland, 21, is expected to leave Dortmund at the end of the season due to a €75m release clause becoming active in his contract at the Bundesliga club this summer.

United failed to sign Haaland from FC Salzburg when he moved to Dortmund in January 2020, despite the club maintaining a long standing interest dating back to his emergence as a 16-year-old at Molde in Norway. Sources told ESPN that senior figures at Old Trafford believe that Haaland is destined for Real this summer and that United are not in a position to convince the player or his advisors to reconsider his options.

With Edinson Cavani out of contract and likely to leave at the end of the season and Cristiano Ronaldo 37 next month, United are focusing on other options to solve their search for a proven goalscorer.

Gab Marcotti and Julien Laurens discuss Kylian Mbappe’s chances of staying at PSG beyond the end of this season.

– Paris Saint-Germain have made an offer for Tottenham Hotspur midfielder Tanguy Ndombele, reports the Telegraph. PSG’s interest in the 25-year-old is part of a potential player exchange deal that includes midfielder Leandro Paredes being sent the other way. Paredes has made just six starts for the Ligue 1 club this season.

– Multiple approaches have been turned down for Malang Sarr, according to Ekrem Konur. Chelsea have dismissed offers from both AS Roma and Leicester City for the 22-year-old defender who has made just eight appearances so far this season. But more offers could soon arise for Sarr, who is also on the shortlist of Everton, Newcastle United and West Ham United.

– MLSSoccer.com‘s Tom Bogert writes that Leeds United have sent representatives to Austria as they prepare another approach for FC Salzburg and United States midfielder Brenden Aaronson. The Premier League club are keen to get a deal locked up in the current window, but there is resistance from Salzburg who want to keep hold of him until the summer — recently rejecting a bid of $20m.

– Nicolo Schira reveals that Sardar Azmoun has been offered to AC Milan, with Zenit St Petersburg looking to acquire a fee for him before his contract runs out at the end of the season. The 27-year-old striker has been in impressive form this season, scoring 10 times from 15 starts. And despite talks of negotiations between the Russian club and Lyon, Azmoun could now have other options as his club begin to test the waters around Europe’s top leagues.

– Sevilla have turned their attention to Lyon forward Moussa Dembele, according to Marca. The LaLiga club have been searching the market for a frontman throughout January, and with little progress made in a deal for Manchester United’s Anthony Martial, they are now considering the option of a loan deal for Dembele. The 25-year-old striker has scored five times this season from 15 appearances. 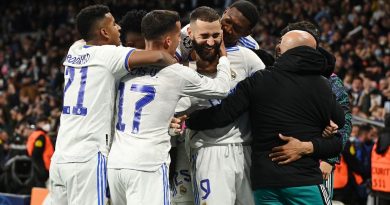 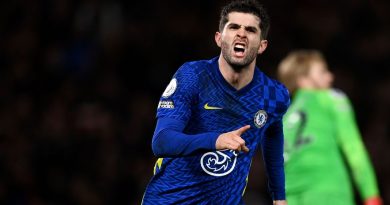 Jan 12, 2022 ayman022 Comments Off on Christian Pulisic’s versatility has helped with injury crisis 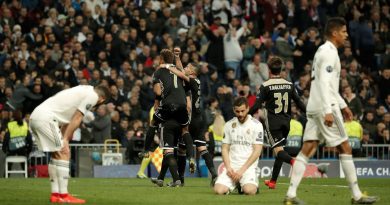