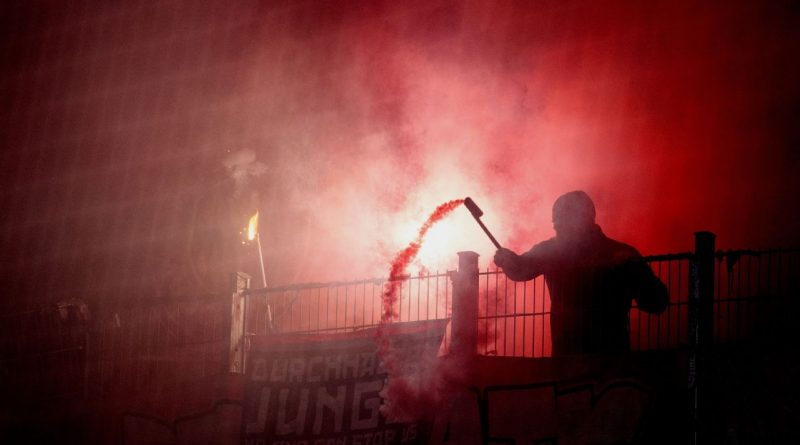 Bayern Munich have been hit with a €77,000 fine by the DFB for their fans “unsporting behaviour” during five games in 2018.

The Bundesliga champions have been punished for a catalogue of incidents involving their supporters starting at Leverkusen in January. Visiting fans threw rolls of paper towards the corner flag at the start of the second half, leading to a minute-long game delay.

The following month Bayern fans lit smoke bombs in the 20th minute of the DFB Pokal game in Paderborn.

In March, Bayern fans unveiled a derogatory banner in the fourth minute of the Bundesliga game against Borussia Dortmund, while in Hannover travelling supporters lit flares on April. 21.

And Bayern fans set off fireworks regularly leading to a delay to the second half of their final match of the season — a 3-1 DFB Pokal Final loss to Niko Kovac’s Eintracht Frankfurt in Berlin on May 19.

The Bundesliga champions have accepted the fine, sanctioned by the DFB (German Football Association) on Monday. Bayern’s latest punishment is their second of the 2017-18 season, following a €52,000 fine in January. 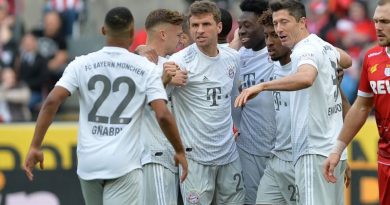 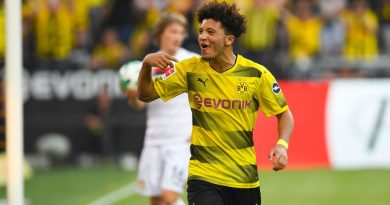 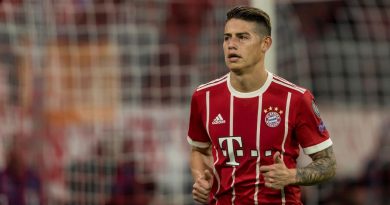 James Rodriguez happy ‘at the moment’ at Bayern Munich

Jul 24, 2018 ayman022 Comments Off on James Rodriguez happy ‘at the moment’ at Bayern Munich