Bayern Munich have won their sixth consecutive Bundesliga with five matches to spare. Here are five key games that set the serial champions on the path to their 28th German league title overall.

After an unprecedented run of poor form in preseason with five defeats in six games, including a 3-0 home embarrassment to Jurgen Klopp’s Liverpool in the Audi Cup, it was clear that all was not right with the Carlo Ancelotti regime. On matchday three, Bayern slipped to their first defeat of the season and what proved their heaviest league setback, losing to a goal in each half from Mark Uth in Hoffenheim, the first of which Bayern were naively caught napping by a quickly taken throw in — via a ball boy.

Ultimately, Ancelotti lost the battle of wits against young pretender Julian Nagelsmann who, sooner rather than later, looks like coaching in Munich. The Italian didn’t look to have a plan B up his sleeve when Bayern fell behind after leaving golden oldies Arjen Robben and Franck Ribery on the bench.

Three league games after defeat in Hoffenheim, Bayern squandered a two-goal lead at home, something that’s equally unheard of in recent seasons.

Bayern were cruising after first-half goals from Robert Lewandowski and Robben but a terrible flap from backup goalkeeper Sven Ulreich (deputising for the injured Manuel Neuer) allowed Wolfsburg a lifeline in the 56th minute. After Bayern missed a host of chances to seal the game, substitute Daniel Didavi punished Bayern’s profligacy in front of goal with a neat header in off the post with seven minutes left to seal an unlikely draw. It marked the first time that Bayern frittered away a two-goal Bundesliga lead since 2004.

This proved to be Ancelotti’s final domestic game in charge as he was sacked the day after the very public humiliation by Paris Saint-Germain five days later.

Meet the new boss, same as the old boss. Following a turbulent few weeks, Jupp Heynckes’ fourth spell in charge got off to a perfect start with a sumptuous five-star performance, crushing lowly Freiburg 5-0 courtesy of goals from Kingsley Coman, Thiago Alcantara, Robert Lewandowski, Joshua Kimmich and a Julian Schuster own goal.

After just a few days in charge and restoring Javi Martinez to defensive midfield being his key move, it was immediately apparent that Heynckes had seemingly breathed new life into what was a fractured Bayern unit in the Autumn.

Bayern effortlessly moved four points clear at the top with a comfortable win in Borussia Dortmund’s own backyard with a trademark goal from Robben and one each from the returning Lewandowski and David Alaba.

It would be their seventh straight win in all competitions under Heynckes, including four in a row in the Bundesliga to depose previous leaders BVB, who led by five points when Heynckes took the helm in early October.

It was also a sign of things to come with Ulreich outstanding in goal while signing of the season James Rodriguez provided two assists as he steadily improved after struggling to settle under Ancelotti.

Returning to Bundesliga action after the winter break, Bayern extended their advantage at the top to 14 points with a routine win at Leverkusen with goals from Javi Martinez, Franck Ribery and James Rodriguez. Colombia playmaker James was at the heart of Bayern’s best work throughout, setting up Ribery’s first league goal of the season with an intuitive first-time pass and curling in a delightful free kick himself in added time to secure the three points.

By ending Leverkusen’s 12 game unbeaten run, Bayern showed they meant business after the winter break and were now becoming increasingly grateful for their excellent Colombian acquisition by the departed Carlo. 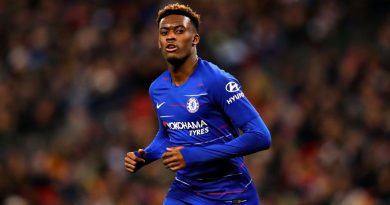 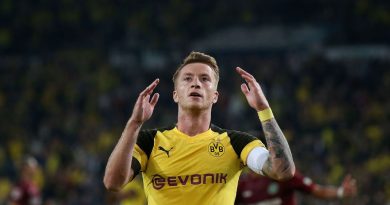 Sep 1, 2018 ayman022 Comments Off on Marco Reus and the Borussia Dortmund attack misfires in goalless draw with Hannover 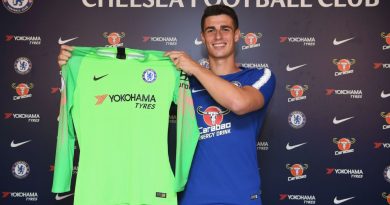