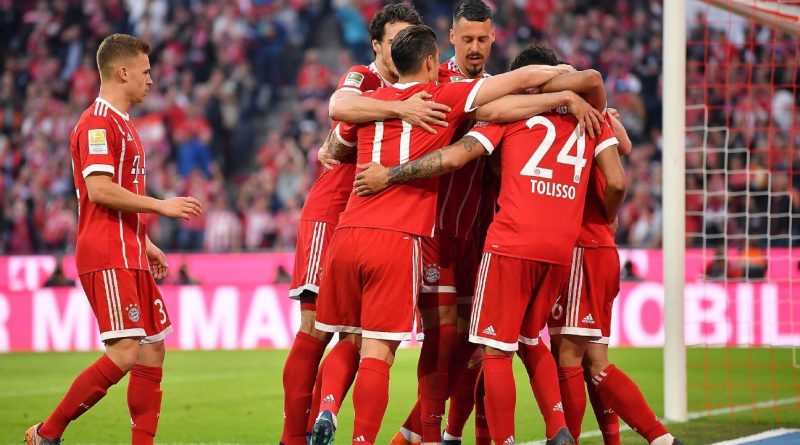 Bundesliga champions Bayern Munich eased past Borussia Monchengladbach after recovering from falling behind.

Bayern, who announced on Friday that their former midfielder and current Eintracht Frankfurt coach Niko Kovac will become their new manager in the summer, have walked to another league title and were good value for this 5-1 win.

With the news that Jupp Heynckes will leave the position as manager, his players marked the new appointment in style as Sandro Wagner grabbed a brace to cancel out Josip Drmic’s ninth-minute opener for Monchengladbach.

Thiago, David Alaba and Robert Lewandowski added the gloss in the second half at the Allianz Arena to send Bayern 23 points clear at the summit.

The defeat leaves Monchengladbach’s hopes of Europa League qualification up in the air as they now sit six points behind sixth-placed Eintracht.

With Lewandowski, Franck Ribery, Arjen Robben and James Rodriguez all starting the game on the bench, the visitors took full advantage and started the brighter of the sides.

They were rewarded with the lead as Drmic cut inside and finished with aplomb as Bayern laboured following their Champions League exploits.

Thomas Muller came close to equalising but it took the hosts a while to get going, Wagner converting from close range to score for a fourth league game in succession.

Bayern were ahead before the interval as Wagner completed a four-minute brace, Yann Sommer unable to save a tame header from 10 yards out.

James was introduced at the start of the second half and played his part in Thiago’s goal.

The Real Madrid loanee started the move which saw Wagner denied his hat trick as Sommer made a smart stop, only for the rebound to be tucked home by the onrushing Thiago.

James came close to getting on the scoresheet himself but saw his effort hit the clossbar before Alaba thrashed home a fantastic goal from the edge of the box.

Lewandowksi came off the bench to get on the scoresheet himself, his 27th Bundesliga goal of the season taken well in the closing stages as Bayern racked up a 15th league win from their last 17 outings.

For Monchengladbach, their season is threatening to peter out into obscurity as they have now lost seven of their last 12 matches. 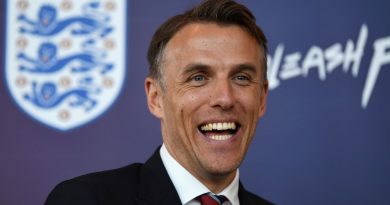 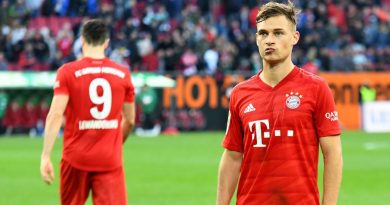