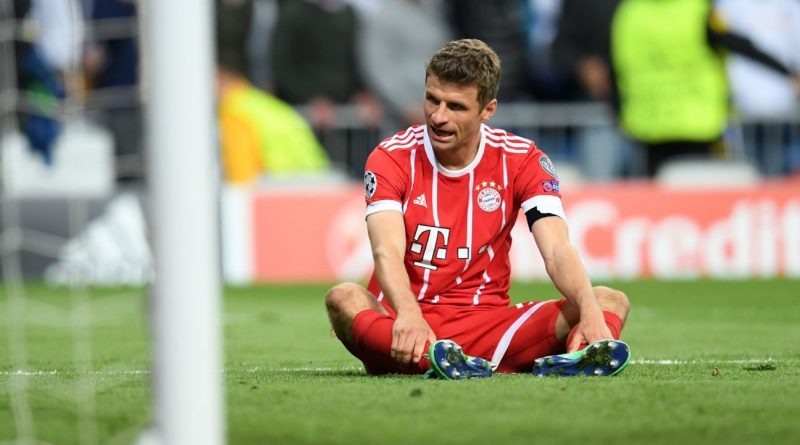 A few minutes after lying flat on his back in the Real Madrid box in a star fish pose, arms and legs stretched out as if he was begging a higher power to lift him out of his misery, Thomas Muller had regained his composure to sum up Bayern Munich’s night at the Bernabeu with a few succinct words. “We lacked a bit of luck and we lacked a bit of quality,” the 28-year-old told ESPN, his voice heavy with sadness.

What more was there to say? Bereft of the injured Manuel Neuer, Arjen Robben, Arturo Vidal and Jerome Boateng, the depleted German champions had put on a heroic performance worthy of progress to the Champions League final, pushed “the world’s best team to their very limit” (according to Mats Hummels) at their own ground but missed out by one friendly refereeing decision, one better shot, one better pass, one improbable save fewer from the inspired Keylor Navas.

“It was a question of millimetres, nothing more than that,” Hummels said, reminding reporters how he and Borussia Dortmund had repeatedly ridden their luck on the way to the 2013 final. “At this level, it’s always on a knife’s edge. Today, you can’t say that Madrid were the more efficient, the cleverer side, otherwise they wouldn’t have conceded this many chances. Maybe next year, we’ll go through after our opponents hit the post the 18 times.”

Fortune doesn’t necessarily favour the brave in football, a low-scoring sport with results that sometimes bare little relation to performances. Bayern, serial winners with a dark history of losing huge games agains the run of play, know that better than most. The European Cup/Champions League final defeats of 1982, 1987, 1999 and 2012 are scars on the club’s collective memory, along with dramatic semifinal exits such as 1991’s 2-2 draw at Red Star Belgrade and the more recent failure to advance past Atletico Madrid in 2016.

Tuesday night’s failure made for an unwelcome addition to past Bavarian tragedies. “It will still hurt in 10 years time,” Hummels predicted. Having re-joined his boyhood club from Borussia in 2016, the Germany centre-back was relatively upbeat about their chances to go one better next season, but Muller found the fourth semifinal defeat in five attempts — and the second narrow defeat by Madrid in as many years — much harder to swallow. “It’s extremely frustrating,” he said. “Looking back at the way we failed [in this competition] in recent years doesn’t exactly put you in the best of moods.”

Once again, Bayern had made “too many mistakes, at both sides of the pitch” in a key game, Muller noted with a shudder. He recalled that last season, two red cards for Javi Martinez and Arturo Vidal as well as a missed penalty by the Chilean had critically undermined their efforts against the holders, while this year, two gifted goals over the two legs — Rafinha’s mislaid pass in Munich, Sven Ulreich’s calamitous blunder in Madrid — had made Bayern’s task nigh impossible in the end.

“It’s not his fault, as we made up for it,” the forward replied when someone asked about Ulreich’s inglorious role. But that was precisely the crux of the matter. The Bundesliga champions had managed to make up for their hair-raising errors with a gutsy showing but, ultimately, they couldn’t overcome them. The 2-2 scoreline in the Spanish capital accurately reflected the bigger picture in that respect. It was a draw: between Bayern’s fine football between the boxes on one side, and their lack of composure in front of both goals on the other. Not quite enough, on aggregate, to squeeze through after the first-leg defeat.

The upshot were conflicting emotions of pride and regret. “It feels as if we deserved to go through,” Hummels said, while also agreeing with his international teammate Toni Kroos’ admission that Bayern “only had themselves to blame.”

Muller could offer “no theory” for those mistakes. Could it be that Bayern’s almost effortless dominance in the league, where chances can be missed with relative impunity and mistakes rarely matter, has seen them the lose their killer touch? As much as Bayern’s club bosses praised the team’s performance — “I take my hat off to you,” executive chairman Karl-Heinz Rummenigge said at the midnight banquet — they might well deduce that the addition of more quality players will have to be answer.

A startling inability to keep their star performers fit and healthy for the business end should also be addressed, however. Bayern have repeatedly gone into clutch games missing key personnel while Madrid, as Hummels wryly noted, didn’t have single absentee for the first leg.

Paradoxically, a renewed drive for perfection in pursuit of European glory will only make their domestic hegemony more unassailable and reinforce the problem of having too few meaningful matches. But there’s not much Bayern can do to address than imbalance. Playing worse in the league in the hope of being more battle-hardened in the Champions League is not an option.

Just as expected, the tie against their continental nemesis Real Madrid has told Bayern where they stand. They’re quite close, well capable of toppling the world’s most successful side. Now they simply have to figure out how do they can make that extra, all-important step — and keep the bad luck at bay. 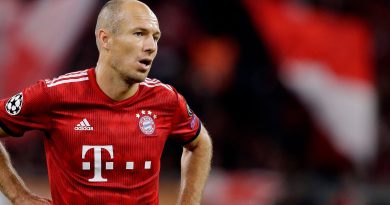 Robben: Bayern haven’t turned to a bad team in a week