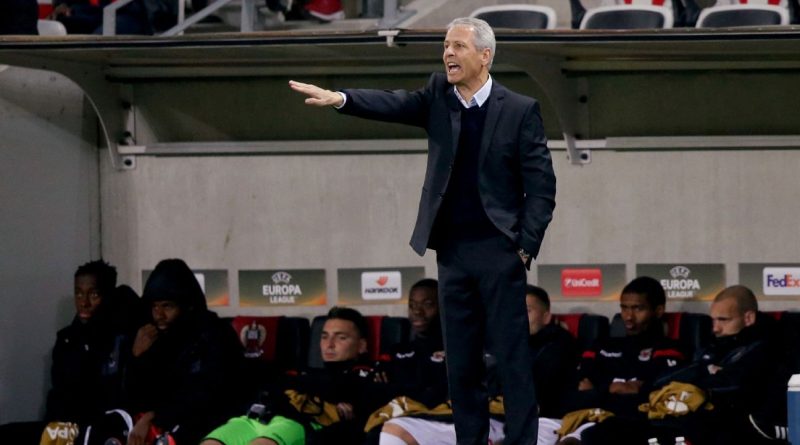 On Tuesday, Borussia Dortmund unveiled their new head coach for the 2018-19 season. Swiss coach Lucien Favre has penned a two-year deal, joining the Westfalenstadion in a questionable move from Nice’s Cote d’Azur.

After BVB had a messy divorce with Thomas Tuchel at the end of the 2016-17 campaign, a misunderstanding with Peter Bosz and a caretaker relationship with Peter Stoger, the 60-year-old is their fourth coach in little over one season. Did they find the right man to steer them through a difficult overhaul this summer? Before that can be answered, it’s necessary to ask a bigger question first.

What does the club want to stand for?

When Tuchel was fired for off-the-pitch reasons in 2017, the club struggled to replace the coach that had taken them from Jurgen Klopp’s exhilarating counter-pressing style to a more mature possession-based approach, which was more in tune with the requirements of a team that would enter most games as heavy favourites.

In fairness, it was never going to be easy to replace one of the best German coaches, but Dortmund’s varying list of candidates raised questions about the overall strategy. Julian Nagelsmann, Favre, Stoger and Bosz all had a legitimate claim to be in consideration, yet couldn’t have been more diverse in their coaching styles and philosophies.

It turned out the squad was ill-prepared for Bosz’s aggressive approach and high defensive line. Stoger was appointed in December to pick up the pieces.

The Austrian only just achieved Champions League qualification, and “Stogerball” quickly became a euphemism to describe Dortmund’s bland style of football under the pragmatic coach. In many ways, it was a lost year, and the club has to find a recognisable brand of football anew.

By appointing Sebastian Kehl as the head of the licensed player division and Matthias Sammer as an external advisor, CEO Hans-Joachim Watzke and sporting director Michael Zorc have set new course for a summer that will see major adjustments with fresh ideas. While Kehl is supposed to act as a link between the dressing room and headquarters, Sammer is to provide an outside view on overall strategy and transfer dealings.

Sammer has stressed that the best teams know how to play with the ball and that that is what the Bundesliga needs to aspire to as a whole and “a club in a crisis of identity,” namely Dortmund, in particular. In that regard, Favre is a good fit.

Tiki-taka at the Westfalenstadion?

For Sammer’s appeasement, Favre’s teams are best known for short, quick passes. It is a style that should suit the likes of Marco Reus, Mahmoud Dahoud, Mario Gotze, Shinji Kagawa, Julian Weigl and Christian Pulisic very well and is achieved by meticulous work on the training ground, where the Swiss is strict about positioning, spacing and a clean ball onto a teammate’s preferred foot. For Dortmund players, it will be a refreshing change to Stoger’s often-passive approach to coaching.

Typically, Favre’s teams enjoy a lot of possession and a high pass-completion rate while the passing distance is at the lower end of the spectrum; he values a clean and deliberate build-up from the back and uses ball retention as a defensive tool.

Especially in the Bundesliga, Favre’s tiki-taka can become a dangerous weapon because it will hand technically gifted players the means to play around common pressing lines.

It will also be interesting how the Swiss coach will shore up Dortmund’s defence. The Black and Yellows swallowed 47 goals in their last league campaign, far too many for a team with BVB’s ambition.

Hertha BSC, Gladbach and Nice have awarded opponents uncommon amounts of freedom with the ball, defending in a passive shape and a low block that only really exudes pressure in and around their own penalty box, but it remains to be seen whether such a passive shape will work at the Westfalenstadion. In general, it will be intriguing to see how Favre will adjust his style to the great talent on the Dortmund roster.

Can Favre rekindle the bond between the team and fans?

Replicating the on-pitch success of the recent past will be hard enough, but results aren’t the only thing that need to change dramatically in the short term.

“The best thing that can happen to us is a sold-out Signal Iduna Park. And it must be boiling,” Carsten Cramer, Dortmund’s director of sales and marketing, told ESPN FC. “That is Borussia Dortmund. That is our unique selling point. That is what makes us so attractive abroad and at home.”

The final home match of the 2017-18 season, a 2-1 loss to Mainz, laid out vividly how distorted the relationship between fans and the team has become.

Somewhat impressively, the Yellow Wall managed to celebrate their retiring goalkeeper Roman Weidenfeller for 16 years of service, while jeering the rest of the team, signalling that there was zero interest to see the team off with a sense of togetherness at the heel of a difficult season.

Favre will be tossed into a volatile environment that will need someone who can manage expectations. Klopp is the sort of coach who can galvanise the fans’ relationship with the club, which he impressively showed in seven seasons at Dortmund. On the flip side, it has raised the (arguably unrealistic) expectations that the guy sitting on the sideline at the Westfalenstadion acts as an figure fans should identify with.

Favre won’t be that guy for many reasons. His professed style is not the riveting, heavy metal football that Klopp’s was, nor does he reveal much about his emotional state.

When Favre threw in the towel at Gladbach after five straight losses at the start of the 2015-16 campaign, he caught the club by surprise with his decision to resign. Back then, Der Spiegel wrote that Favre “left the way he is,” describing his public appearance as “awkward” and “erratic,” while leaving his emotions in a “personal black box.”

It was not the first time Favre’s behaviour was perceived as irritating. In the search for someone on the sideline, Dortmund may have preferred Hoffenheim’s Nagelsmann, but the 30-year-old will be available only when a release clause becomes active in 2019. As with Bosz and Stoger before, the meticulous and tactically brilliant Favre might be the best available choice for the Black and Yellows but still remains a compromise.

Favre, meanwhile, will have to prove that he can master the step up and deal with a great amount of pressure. His teams have often dropped off significantly after qualifying for the Champions League. At Dortmund, he will have to show that he can impose his style while handling the strain of three competitions. Zorc and Watzke, on the other hand, have to show that they have done their homework this time. 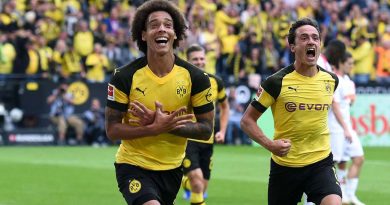 Aug 31, 2018 ayman022 Comments Off on Borussia Dortmund new man Axel Witsel has quickly emerged as a leader in midfield 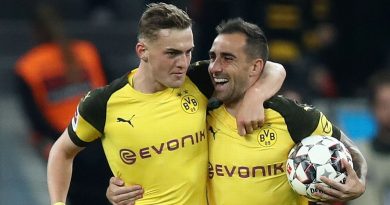 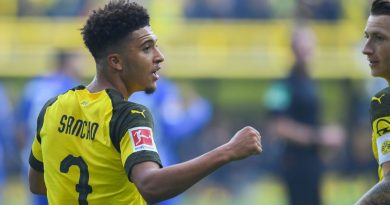