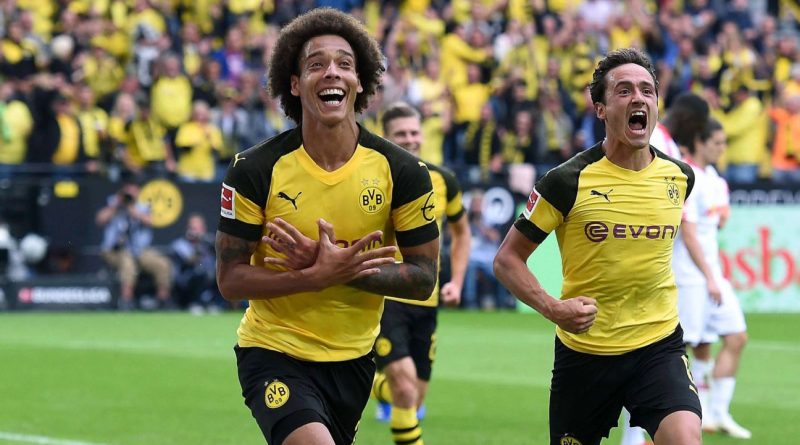 Borussia Dortmund’s season looks off to a good start. They squeaked past second-division side Greuther Furth in the first round of the DFB Pokal, and then shot straight to the top of the Bundesliga by beating RB Leipzig 4-1 in the opener.

But in football, the margins are often fine. Dortmund were only seconds away from embarrassment in Furth; it took stoppage-time goals in regular time and extra time to secure victory. And the 4-1 scoreline against Leipzig belied what was an even affair.

RB coach Ralf Rangnick went as far as describing Sunday’s match at the Westfalenstadion as one of the most grotesque games he had participated in, explaining that his team was the much better side for the first half-hour and at least equal afterward. BVB manager Lucien Favre did not disagree with his counterpart but gladly took all three points anyway.

There are, of course, several elements — including luck — that helped the Westphalians come out on top each time, but one of the most prominent difference-makers has been Belgium international Axel Witsel. The 29-year-old midfielder joined Dortmund just in early August from Chinese club Tianjin Quanjian after the Bundesliga side triggered a €20 million buyout clause, yet he’s become a focal point in no time.

Witsel’s two goals in 136 minutes have certainly amplified that notion. He crucially kept his team alive in the 95th minute in Furth, and scored a spectacular side volley at the weekend to hand his team an important two-goal advantage over Leipzig at half-time.

But when asked on Sunday about the curly-headed midfielder, the predominant word used by Marco Reus, Thomas Delaney and others was “calm.”

It was astonishing to see how Witsel immediately took over as the chief in midfield after coming on as a substitute in the 74th minute. His posture was neither hasty nor frantic but smooth, which added to the impression that he had things under control while using his 6-foot-1 physique to shield opponents from the ball.

In 46 minutes at Furth, he touched the ball 76 times and completed 95 percent of his passes. His presence prevented his team from panicking while racing the clock — something that had often looked very different in the previous season.

Six days later, Witsel went the distance against Leipzig and racked up the most touches of all BVB players (69) and received extra praise from his teammates for his calming presence in midfield against a team that shook Dortmund with its intense pressing high up the field.

The club’s tweak in their recruitment strategy for this summer — targeting experienced players instead of younger ones — is already paying off. The Black and Yellows were visibly nervous at the beginning against Leipzig; conceding after 31 seconds did not help matters, but ultimately their mentality helped them to see out a match against a tough opponent.

Asked whether there was a secret to his instant leadership role, Witsel said on Sunday: “I don’t have a secret. I just work hard. We have a really talented team. Since I’m already 29, I try to help with my experience and give the best for the team.”

The Belgian’s commanding role in BVB’s holding midfield also raises the stakes for Julian Weigl, who was one of the first names on the team sheet in Thomas Tuchel’s possession-oriented setup as a player with the ability to quickly shift the ball around in midfield and create passing angles that kept the flow alive.

But the 22-year-old’s ascent, which also brought him up to the ranks of the German national team, hit a bump when he broke his ankle on the penultimate match day of the 2016-17 season. Weigl struggled severely when forced into a more advanced midfield role under Dutch coach Peter Bosz last season, and under Austrian Peter Stoger the midfielder’s strengths hardly came to light as the team lacked a clean positional play.

In theory, Weigl could return to his best under Favre. The Swiss coach would fancy a passing-machine in his “small-ball” approach. However, the preseason did not go as planned for Weigl, who had to sit out large chunks of time while hurt. Now his path to the coveted spot in holding midfield is occupied by Witsel. The 29-year-old adds some much-needed muscle in front of BVB’s defence and is emerging as the centrepiece in a team that is going through a renaissance. The Belgian’s variety of talents could be too much for Weigl to reclaim his spot. It’s still early in a long season, but the race is on and Witsel has got a massive head start. 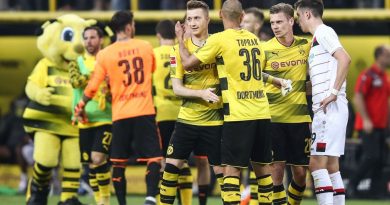 Borussia Dortmund can pay €100m transfer fees, but would rather not – CEO 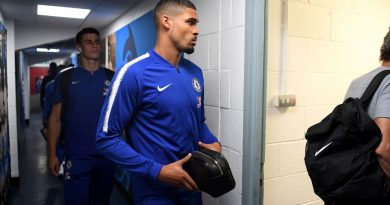 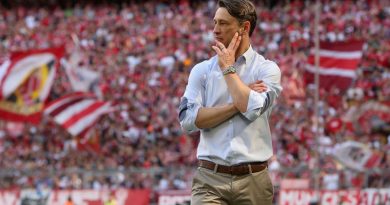 May 2, 2018 ayman022 Comments Off on Bayern Munich-bound Niko Kovac won’t be sacked despite Eintracht Frankfurt slump