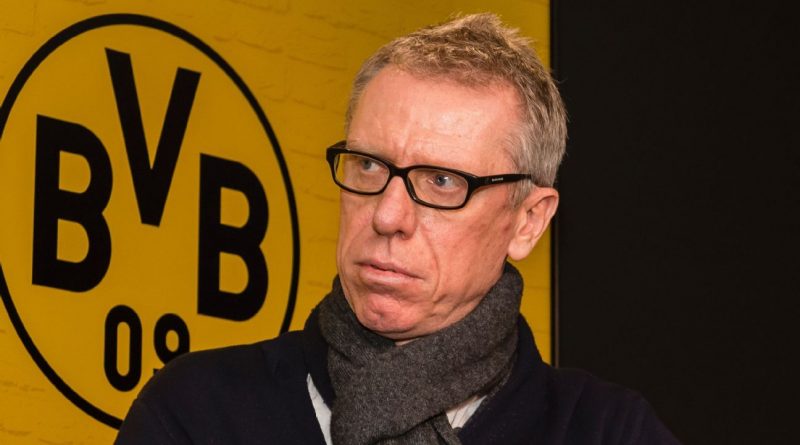 Peter Stoger has announced his departure from Borussia Dortmund.

The Austrian coach leaves the Westfalenstadion after only 19 games in charge. Speaking after Dortmund’s final match of the Bundesliga season, a 3-1 defeat at Hoffenheim, the 52-year-old said that he will leave the club once his contract expires at the end of June and a new coach would be appointed.

“This was my last competitive match for BVB today. We had already made that joint decision some time ago,” Stoger said. “In discussions with Michael Zorc and Hans-Joachim Watzke, which were always constructive talks, we decided after a short time that a new impulse is necessary and will help the club. And the easiest way to set a new impulse is with a new coach.

“I could have announced that decision many times, as I was frequently asked by everyone. But I’m an old-fashioned guy.”

Following the defeat at Hoffenheim (and Bayer Leverkusen’s 3-2 win over Hannover), Dortmund only just qualified for their third consecutive Champions League campaign by finishing fourth on goal difference, despite going into the season with hopes of breaking Bayern’s dominance.

Stoger added: “I’m happy that we achieved our most important goal. I’m glad that I was — surprisingly — handed the opportunity. I hope my successor will manage to bring more stability and serenity to this team. It’s my wish so they can make the most of the Champions League qualification which we had to work very hard for.”

Sporting director Michael Zorc found praise for the 52-year-old Austrian after the match, saying: “Peter Stoger took over during a very difficult phase after we had failed to win a lot of consecutive games. He took over when we were still in eighth place.

“He managed to calm the club and its surrounding, brought some stability to the team and picked up results and ultimately achieved the task to qualify for the Champions League.

“We had a lot of different problems this season, which is also why we had a coaching change in the middle of the season — something that is atypical for us. We realised that we weren’t going to achieve our goals [with Peter Bosz]. And we definitely will have to make more changes going forward. But I’m not one to make promises but instead, we want to deliver results.”

Stoger took charge in December after BVB sacked Dutch coach Peter Bosz following a two-month winless streak in the Bundesliga, which saw Dortmund drop from first to eighth in the standings.

Arriving from Cologne, where he had been sacked the week before, Stoger signed a short-term contract until the end of the season. He won nine games, drew six and lost four as he fulfilled his main task to secure Champions League football at Dortmund.

However, despite steering Dortmund into calmer waters, he never fully made his mark at the club.

Following a crushing defeat at Bayern Munich and 2-0 loss to Schalke in the prestigious derby, as well as crashing out of Europa League against FC Salzburg, his future at the Westfalenstadion looked all but over.

Nice coach Lucien Favre is reported to be favourite to take the Dortmund job from July 1, but the club have yet to make an official announcement.

Nuri Sahin said that Dortmund dragged themselves across the finish line to earn Champions League football.

“It was a tough season,” Sahin told Sky after the game. “I’m happy that we somehow dragged ourselves across the finish line.

“Obviously, it wasn’t nice, it hurt, the fans weren’t satisfied, we weren’t satisfied. We qualified for the Champions League, I won’t apologise for that but we have to be self-critical. We shouldn’t let another season like that happen again because other teams also have quality.

“We dragged ourselves over the finish line because we amassed a lot of points despite playing low-quality football and because the Bundesliga wasn’t the best this year. Now we have to analyse everything, we need to win back serenity in and around the club and we have to rekindle our bond with the fans. Then I’m positive Borussia Dortmund will stand tall again.”

Sahin only partly agreed that discipline was an issue in the season, as he explained: “Discipline is there, believe me. I’m not seeing an undisciplined team. We had our issues at the beginning of the season.

“Everyone was very open with the fact that we had big problems when we went winless for 11, 12 games but we managed to resolve these issues in my opinion. You just have to be honest and say that we simply weren’t better than fourth place this season.

“We have to ask ourselves many questions now: Did we do everything for Borussia Dortmund on the field? Did we prepare well enough? Did everyone in the club do everything correctly? Did the fans do everything right?

“We had a very tumultuous year, which I did not even witness during the crisis in 2005. We had a new coach at the start of the season, then a coaching change in the middle of the season.”

CEO Hans-Joachim Watzke echoed Sahin’s sentiments, telling Sky after the game: “We are relieved but not satisfied with what we showed this season overall. We have to analyse that with a lot of scrutiny because it was below our expectations although we’ve reached our goal of qualifying for the Champions League. Also today, it just wasn’t enough. A lot of things have to change.”

Stefan Buczko contributed to this report 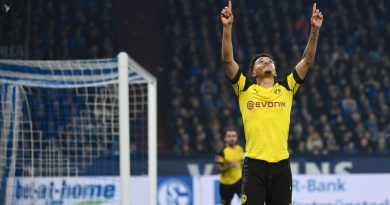 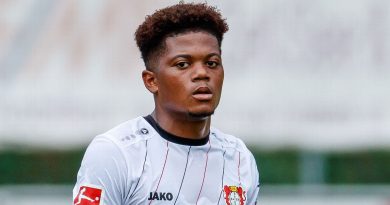