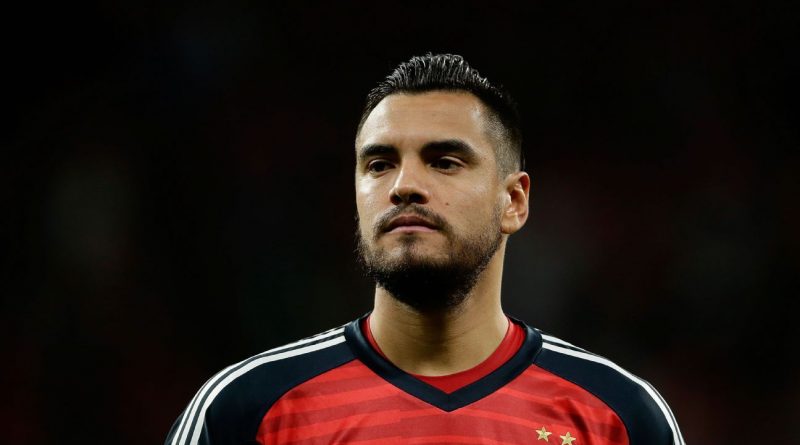 The World Cup preparations of both Brazil and Argentina have been hit by problems this week.

In the case of Brazil, it has to do with their reserve list. Coach Tite went straight to the announcement of his list of 23. The identity of the other 12 players who are on the standby list were not revealed, for any appreciable reason. One or two names have dribbled out, but for some mysterious motive the reserve players have been kept secret from the public.

Those involved in the World Cup — all of those on the list of 35 — are not supposed to be taking part in club football after last Sunday — with special dispensation for those featured in the last week of the group phase of the Copa Libertadores, which came to a close on Thursday, and those playing in the final of the Champions League.

In many places this does not present the slightest problem, since the club season has come to an end. But the Brazilian league goes right up to the start of the World Cup. And in a surprising lapse, Brazil’s FA forgot to ask FIFA for permission for players to continue to turn out for their clubs — which would, after all, be the best way for them to stay in shape should they be needed in Russia. On Friday, Brazil’s FA finally confirmed that their request for players on the standby list to be able to play for their clubs had been granted by FIFA.

And so, when winger Dudu of Palmeiras was pulled from his side’s midweek game, it became clear that his name was on the list. The local press will be keeping a close eye on players who are suddenly not in action in this weekend’s round of games, searching for missing names in the reserve list.

At least it has given the press something to talk about at a time when there has not been much to report from Brazil’s training camp in the hills outside Rio de Janeiro. But, in an operation that has gone very smoothly since Tite took over two years ago, it comes across as messy and confused.

The shenanigans in the Argentina camp are more serious, though, since they involve the position of goalkeeper.

On Monday, coach Jorge Sampaoli named his 23 man squad, with Sergio Romero, Willy Caballero and Franco Armani as the keepers.

Romero is Argentina’s most capped goalkeeper, and has been first choice for almost a decade. Armani is being called up for the first time, a reward for his fine form with River Plate since moving down from Colombia at the start of the year. And the veteran Caballero was capped for the first time in March, doing well against Italy but then suffering a very bad evening against Spain.

This meant that there was no place for Nahuel Guzman, who has been the backup keeper for the last two years. It seemed very harsh as despite Guzman having few opportunities, he has never let Argentina down. And it was hard to see how he could have been overtaken by Caballero given the latter’s display in the 6-1 defeat to Spain.

Guzman’s father reacted angrily, drawing a caricature of Sampaoli dressed in the shirt of Chile — who Sampaoli coached from 2013 to 2016. This must have created an awkward environment when Romero was injured, dropped from the squad and replaced by none other than Guzman.

But should Romero have been cut? Is his knee problem so severe as to rule him out of the World Cup? Apparently not, according to his wife, who says that he could have comfortably recovered in two or three weeks. Romero, it has since emerged, did not want to be cut from the squad. Sampaoli said that it was a tough decision to make, and that he had to take into consideration wider issues.

Given the fact that a squad contains three keepers, it might have been thought that Sampaoli could have taken the risk of waiting for his only goalkeeper with senior competitive experience at international level. A decision to drop Romero could have been made as late as June 15, just 24 hours before Argentina’s debut match.

Reading between the lines, it would appear that Sampaoli was not convinced that a healthy Romero would be his World Cup first choice. Romero, of course, has spent almost the entire club season on the Manchester United bench, as backup to David De Gea, and Sampaoli has expressed concern at Romero’s inactivity. When he announced his squad, with Romero still apparently fit, the coach said that it would be “imprudent” to name his first-choice keeper.

It would now seem, then, that the doors are open for Armani, who had been in the process of taking out Colombian citizenship, to keep goal for Argentina in Russia. 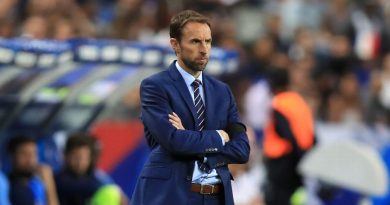 May 17, 2018 ayman022 Comments Off on Gareth Southgate won’t rush England captain appointment ahead of World Cup 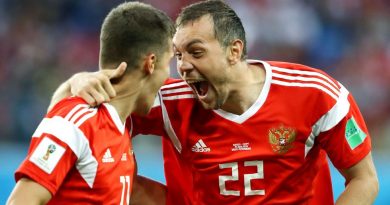 World Cup group permutations: Who can qualify for the round of 16?