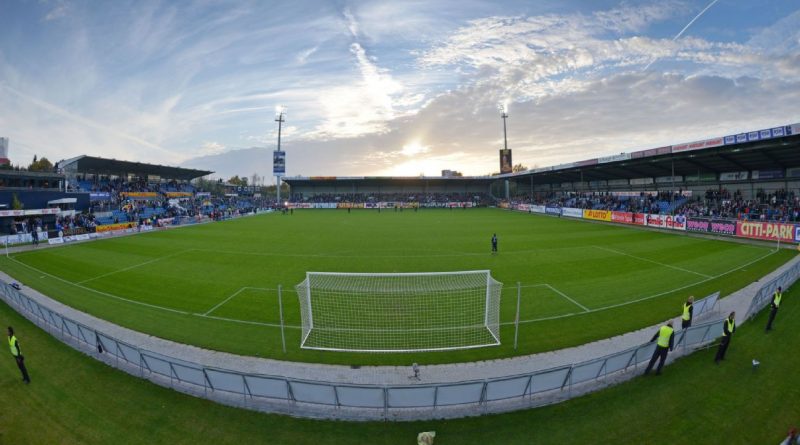 The German Football League (DFL) has denied Holstein Kiel a special licence to play in their 10,000-capacity Holstein-Stadion should they win their first promotion to the Bundesliga because their ground does not meet top-flight standards.

Germany’s most northern club have appealed the decision, but now could be forced to play their home games away from home.

Having only won promotion to 2. Bundesliga last summer, Holstein have qualified for the relegation/promotion playoffs on May 17 and May 21. They will face Hamburg, Wolfsburg or Freiburg, with the opponent to be determined on Sunday, the Bundesliga’s final match day.

Should Holstein win promotion, they would become the first Bundesliga club from Schleswig-Holstein, Germany’s most northern state. However, the DFL ruled this week that the club will get no licence for the Holstein-Stadion, with regulations requiring a minimum capacity of 15,000 and at least 8,000 seats.

Holstein requested a special licence with plans to upgrade the stadium to at least 15,000 by the 2019-20 season.

“We can’t eradicate that flaw in a few weeks,” Kiel executive Wolfgang Schwenke said in a statement.

The club plan to ask the league’s licencing department to vet the decision.

“We still hope that we’ll be allowed to play our home games in Kiel should we win promotion,” Schwenke said, adding that the stadium fulfilled all other requirements. “That our stadium is that small is at our cost, but has no impact on the match operations.

“If there are no exemptions for such starting positions, it will make it impossible for clubs like Holstein Kiel, who are not backed by investors, to turn a fairy tale like ours into reality.”

It is unclear where Holstein Kiel would play their home games, with Die Welt reporting that Hansa Rostock’s Ostsee-Stadion, over 200 kilometres away in the state of Mecklenburg-Vorpommern, is an option, along with Hamburg’s Volksparkstadion and St. Pauli’s Millerntor.

The Bundesliga has been Europe’s best-attended league for many years. Entering the final weekend, an average of over 44,500 supporters passed through the gates of the 18 stadiums in Germany’s top tier.

However, the league will be without Cologne’s average of nearly 49,000 fans and Hamburg, where more than 50,000 supporters attend every match, would go down if Kiel were to be promoted.

The Premier League, the second-most attended league in Europe, has averaged around 38,000 fans per game, with Bournemouth’s 11,360-capacity Dean Court the smallest stadium.

A minimum capacity of 8,000 is required to be granted permission to play the Champions League. Maribor’s Stadion Ljudski Vrt had the smallest stadium this year, with a capacity of 12,702. 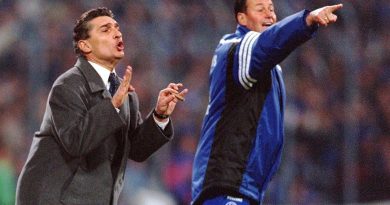 Mar 14, 2021 ayman022 Comments Off on Pierre-Emerick Aubameyang dropped vs. Tottenham for ‘disciplinary issue’ 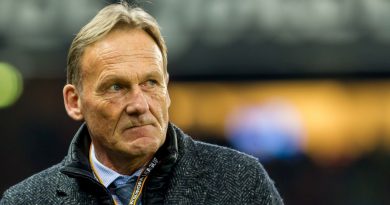 Apr 12, 2018 ayman022 Comments Off on Bayern Munich will not win Bundesliga title every season – Dortmund CEO