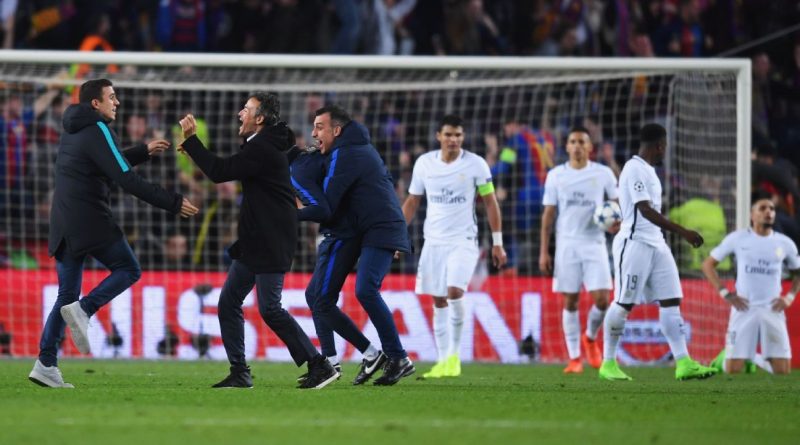 As all the Champions League quarterfinal second legs this week feature a team with a significant advantage from the opening game, here are 10 of the greatest second leg comebacks from down the years …

One of the Champions League’s more curious tales, and also a borderline candidate for this list because technically speaking the comeback failed. Leeds, the first English team to appear in Europe’s top competition after the Heysel ban, were blown away by three Stuttgart goals in 17 minutes of the first leg, and while they won the return 4-1 they were heading out on away goals. But in the era when only three foreigners were allowed in each team, Stuttgart brought on Yugoslav defender Jovo Simanic for the only eight minutes he’d ever play for the club. As Swiss forward Adrian Knup, Icelandic defender Eyjolfur Sverrisson and Yugoslav Slobodan Dubaijic were already on the pitch, the rule had been broken, and the second game was forfeit, 3-0. That required a replay, for some reason played in the Camp Nou, where substitute Carl Shutt (brought on for Eric Cantona, no less) scored the winner for Leeds.

Overturning a two-goal deficit with an away goal and being at home in the second leg is tricky, but not impossible. What was more impressive about Bayern’s comeback in this 2015 quarterfinal was the emphatic nature of their comeback: no 2-0 win, just get what we need and go through for them. After losing in Porto 3-1 first time up, Bayern thundered out of the blocks in the return, and before Porto could comprehend what had hit them were 5-0 down by the 40th minute. They added another in the closing stages as a flourish, taking a 7-4 aggregate win. Not a bad night’s work.

The emotions in the Ullevi stadium, Gothenburg, were partly joy but also disbelief, that IFK had beaten Barcelona 3-0 in the first leg of their semifinal. “It could easily have been 5-0,” said Torbjorn Nilsson, who scored twice in that game. In the return Barca, managed by Terry Venables, were without first-choice striker Steve Archibald so Pichi Alonso, who had barely played in the competition that season, had to start: but he scored a hat trick, taking the game to penalties, which Barca won 5-4. Alonso’s reward was to be left on the bench for the final which Barca lost, again on penalties, to Steaua Bucharest.

The 1970s remains the only decade since European competition began that Real Madrid didn’t win a continental trophy. But still: this was Real Madrid, who won the Spanish title five times in that decade, and thus Derby were ecstatic after winning 4-1 at the Baseball Ground. A brilliant strike from Charlie George was among the goals that sent the Rams to Spain with dreams of an extraordinary victory, and those dreams held for a while. Madrid took an early lead, but Derby were still ahead in the tie until the 83rd minute. Then Pirri converted a penalty, taking the tie to extra-time, when Santillana grabbed the winner as Real went through 6-5 on aggregate.

Coming back from 2-0 down, particularly considering this was a Barcelona team containing some of the greatest players of all time, in theory doesn’t seem like a particularly miraculous achievement. But, when Barca lost 2-0 in Milan, history was against them: no team in the Champions League era had ever overturned a two-goal deficit without an away goal. But overturn it they did, two goals from Lionel Messi, one from David Villa and another by Jordi Alba sealing a 4-0 win on the night, 4-2 overall.

This was a victory for the importance of admin, as much as any one team. When Real Madrid loaned out Fernando Morientes to little Monaco, presumably they didn’t think it would return to bite them in the behind. Thus, no clause was put in his contract preventing him from facing them. Even when the two sides were drawn against each other in the quarterfinals, Real won the first-leg 4-2, and surely wouldn’t be denied by these upstarts. But Morientes scored what turned out to be a crucial goal late in the first game, then again in the return and Monaco went through on away goals.

In the first five years of the European Cup, Real Madrid were to a point the only show in town. But that doesn’t mean there weren’t other compelling stories, not least in the 1958-59 first round, when KB from Copenhagen hit Schalke with three goals in 15 minutes, taking an ostensibly massive advantage to Germany. But in the return, Schalke produced a goal avalanche of their own, going 3-0 up, then the Danes pulled two back only for Schalke to run in two more: 5-2 on the night, 5-5 on aggregate. In the days before the away goals rule or penalties, a replay was ordered at a neutral ground, where Schalke completed the comeback with a 3-1 win.

Games between East and West German sides would always have a little more fizz to them, but this first round tie in 1988 was like shaking up a litre bottle of cola for 10 minutes before it burst all over the place. Dynamo probably thought they had struck a blow for the East when they won the first leg 3-0, future Dortmund manager Thomas Doll among the scorers. “We are the masters of Germany,” read the headline in one East German newspaper. But Werder hammered back with some gusto in the second leg, thrashing Dynamo 5-0, capping things with a cathartic Thomas Schaaf goal in the final seconds. “No one will ever play such a game again,” said Gunter Hermann, scorer of the second that night.

When you lose the first leg of a Champions League tie 4-1 to a Milan team with Kaka, Andriy Shevchenko, Andrea Pirlo, Cafu and Paolo Maldini in it, you start making alternative plans for the dates of the next round. But if any Deportivo players did that, they swiftly had to cancel, because an early avalanche of goals wiped out Milan’s advantage before half time, then with 15 minutes remaining Fran scored the winner. “We were already thinking about the semis,” wrote Pirlo in his autobiography, much later. “We forgot to play … they were laughing at us that night.”

Having an entire game to score four goals is pretty tough, but to get three of them, then have the target moved again so you have to score another three in half-an-hour is basically implausible. Just to recap: PSG beat Barcelona 4-0 in the first leg, a humiliation, and after Barca had taken a 3-0 lead in the return Edinson Cavani scored an away goal, almost certainly knocking them out. That’s how it stayed until the 88th minute; then Neymar scored a free-kick, a penalty and in the fifth minute of injury-time Sergi Roberto hooked in the most ridiculous equaliser. “It was a horror movie, not a drama,” said Luis Enrique afterwards, when his pulse had dropped to triple figures. 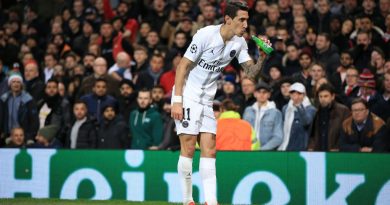 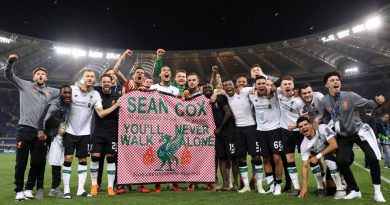 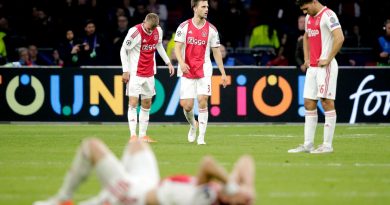 May 13, 2019 ayman022 Comments Off on Ajax’s Matthijs de Ligt calls shock loss to Spurs ‘a nightmare’