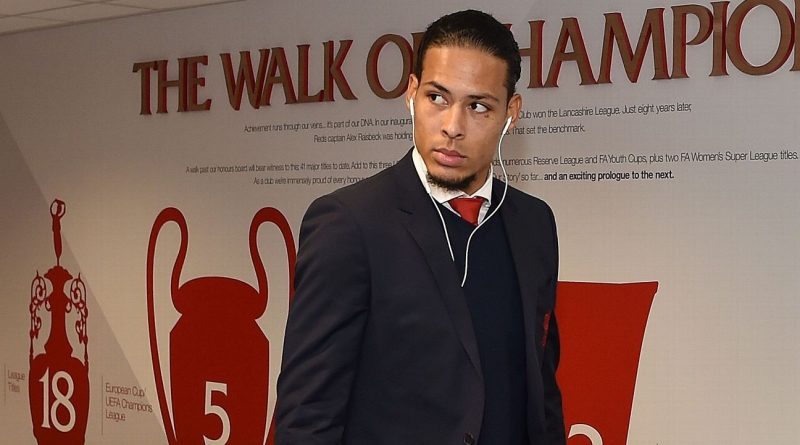 Liverpool and Real Madrid will meet in the Champions League final on Saturday. But both have some issues to fix if they are to walk away with the trophy. Here are three things to watch for each side.

For Mohamed Salah, Sadio Mane and Roberto Firmino, the Champions League final will be the biggest match of their careers to date. The trio have proved time and time again this season that they are perhaps the deadliest frontline in Europe. On Saturday, the world will be watching with keen interest to see how they fare against the Galacticos.

But with Salah, Firmino and Mane continuing to fire on all cylinders in perfect harmony, Liverpool have believed that anything has been possible in Europe for some time. These type of occasions can cement legacies.

Backline needing to show their resilient side once again

It’s not an overstatement to say Virgil van Dijk has transformed Liverpool’s defence since his arrival in January. But the others in the backline also deserve credit for the way they’ve stepped up their game since October.

That humiliating first-half substitution at Wembley during the defeat with Tottenham Hotspur seems like a long time ago for Dejan Lovren. Lovren appears to have won the battle to become Van Dijk’s centre-half partner.

At full-back, Andrew Robertson and Trent Alexander-Arnold, 19, are living out their wildest dreams, while proving themselves to be more than capable at this level. And between the sticks, Loris Karius looks to have pushed Simon Mignolet out permanently and made a strong case to be Liverpool’s long-term No. 1.

Collectively, they have withstood onslaughts from Manchester City and Roma en route to Kiev and there will be one more from Zinedine Zidane’s team. Can they rise to the occasion once more?

Can Adam Lallana and Emre Can be game-changers off the bench?

Liverpool’s lack of depth is well-documented. It will be even more noticeable when on Saturday when you compare Liverpool’s substitutes bench to Real’s.

But instead of having no realistic game-changers as options to bring on, Liverpool may have two come Saturday evening. Indeed, Adam Lallana is back in full training, while the door hasn’t closed on Emre Can appearing.

The 2016-17 season was Lallana’s best in a Liverpool shirt, but its follow-up has been nothing short of a nightmare. Numerous injuries have limited him to just three starts this term, which has seen him miss out an a guaranteed spot at the World Cup. All the indications, however, suggest Lallana has been looking extremely sharp in the build up to the final. A bad season could all be forgotten with an important cameo against Real.

Can, meanwhile, hasn’t played since March due to a back injury. It could very well be his last appearance for Liverpool, but the midfielder’s physical presence, strength and determination may be needed at some point in the duel with Real.

The left side of the defence

Opponents have been taking advantage of open spaces in the left side of Madrid’s defence all season. Paris Saint-Germain’s opening goal in the Champions League round of 16 came from a right-wing cross. Juventus almost overturned a 3-0 deficit in the quarterfinals by attacking down that side. Bayern Munich right-back Joshua Kimmich raided forward unmarked to score the opening goal in both legs of the semis. In La Liga, both Barcelona and Atletico Madrid successfully targeted that area too.

The problem is not just that Madrid left-back Marcelo likes to get forward. Left-sided centre-back Sergio Ramos can also be positionally erratic at times. Ahead of him is Toni Kroos, who does not like getting drawn out wide. The team’s nominal left-sided attacker Cristiano Ronaldo now spends most of his time at centre-forward.

So coach Zinedine Zidane will have to come up with a team-based solution for Saturday’s final, probably involving extra duties for holding midfielder Casemiro, or maybe even Mateo Kovacic. Especially considering how Liverpool dangerman Mohamed Salah has scored many of his 44 goals this season coming in from the right wing.

With their side having so far beaten the Ligue 1 (PSG), Serie A (Juventus) and Bundesliga (Bayern) champions in the Champions League so far, the team which finished fourth in the Premier League, 25 points behind winners Manchester City, do not appear scary to many at Madrid.

Liverpool have also not been in a Champions League final since 2007, nor won the competition since 2005. Hence many Bernabeu fans and pundits feel that their team, going for a fourth trophy in five years, are overwhelming favourites for Saturday’s game. Former Madrid player and coach Vicente del Bosque’s comments that no Reds player would make the Blancos team, and predicting a 4-1 victory for his side, about sums up the mood in the Spanish capital.

The one man holding out against this has been Zidane — who has regularly pointed out that the game has not yet been won, and argued this week that the final could be more difficult than their clashes in recent years with Atletico Madrid (twice) and Juventus. Convincing his own players that they need to be at their best on Saturday is among the Frenchman’s most important tasks.

Zidane has also regularly spoken in recent days about the “headache inducing” selection calls he has to make for Saturday.

A lot depends on how Zidane decides to set up for the game. If he wants to play patiently and dominate possession then Isco and Benzema look a good fit. To go toe-to-toe with Jurgen Klopp’s side, Bale and Asensio would make more sense. Or if there are concerns about Salah (which there should be), Lucas Vazquez’s extra workrate in wide areas would make sense, or maybe even Kovacic as an extra covering midfielder.

The flip side is that whoever starts, Zidane will have plenty of options on the bench to change things. The manager has generally been right in his selections through the competition so far, but he still has plenty of thinking to do ahead of Saturday. 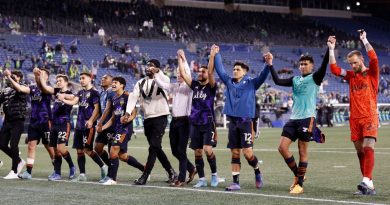 Roma get Champions League draw boost after Basel crash out

Aug 1, 2018 ayman022 Comments Off on Roma get Champions League draw boost after Basel crash out