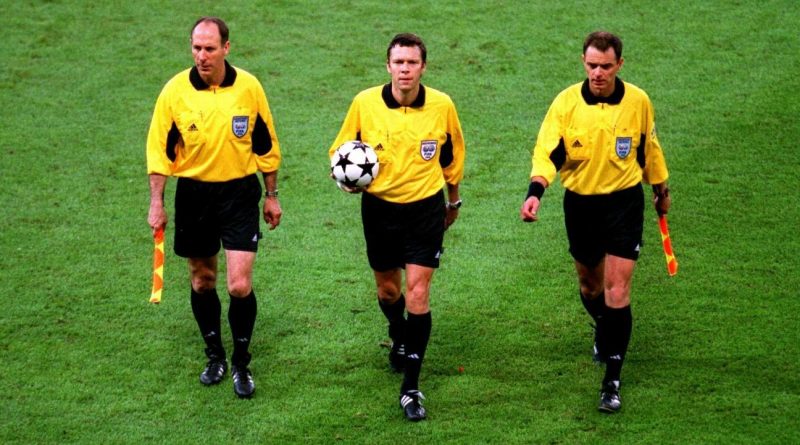 LIVERPOOL — Serbian referee Milorad Mazic will take charge of the Champions League final between Liverpool and Real Madrid in Kiev on May 26 and it will be the biggest match the 45-year-old has officiated, having overseen last year’s FIFA Confederations Cup final and the 2016 UEFA Super Cup.

ESPN FC spoke with former referee Urs Meier, who took charge of the 2002 final between Real and Bayer Leverkusen at Hampden Park, for insight into what it’s like to be the man in the middle of such a huge occasion.

Q. When you find out you’re going to be officiating a Champions League final, what’s the feeling like?

A. As a referee you know you’ve only got one Champions League final and a lot of top referees never reach it. It’s really something special. The pressure is much higher than in the semifinals because the whole world will look on this final and you know there is no chance for mistakes.

Q. In terms of preparing for the game, Liverpool have been in Spain doing some warm-weather training. Does something similar happen for referees?

A. It’s a good idea to relax and get the mind free from the final. If you can, you try to go away with your family and not think about the final or football. Not thinking too much about the final is very important.

As a referee, I think it’s always good to go to a place where you are happy. If you’re happy in the mountains or by the sea, you have to go there for three, four or five days and enjoy a good hotel, good food and then you are all relaxed. Your mind is free from the pressure and you can start [to prepare] for Kiev.

Q. Do you do homework on the game itself? For example, studying the players on each team?

A. All these referees [in consideration] for the final are really experienced. They’ve watched other referees for these teams and they have watched the teams on the television in the semifinals, quarterfinals for many years. You know exactly the teams and the players that are playing. For me, there was not special preparation for my final because I knew the Real Madrid team and I knew the Leverkusen side. I knew exactly what I had to look for.

Q. With all the pressure that’s on the officials, how do you are feel in the hours before the game?

A. The night before the game it’s better if you can go to a very good restaurant to eat some good food together with your team and the delegates from UEFA. There has to be a relaxed atmosphere in this restaurant. Sometimes it’s better that you drink good wine the night before, but not too much, of course — a good glass of red wine. Then you have to go bed in a good hotel and have to sleep, not thinking too much about the final or football.

When you do think about the final you’re thinking with positive pictures, not negative. In my preparation for all the important games, I always had the same pictures in my mind before sleeping. It was at the final whistle and both teams went to each other and shook hands, the people in the stadium stood up and gave a big hand for the teams and also the referee. Everybody was happy.

This was always my picture when I went to bed, not what could happen if I miss a handball, miss a penalty or send off a player with a wrong red card.

The next day is more or less the same. You get up, have a good breakfast with your team. You go to the stadium, make a small city tour with the delegates, have a good lunch. Then you go to bed for two or three hours, relax and then you prepare with your team and go to the stadium. It’s more or less the same procedure in the other games. You can’t change something because it’s the final. You have to think that it’s a normal game.

Q. After a long wait you lead the teams out and walk past the trophy. That must be a proud moment?

A. In this time you’re happy that you can finally go to the pitch. The pressure was before. The problem always in the Euros, World Cup and Champions League final is that you have a lot of people — a lot of very important people — who come from UEFA, from everywhere to your dressing room with a lot of questions about the balls, the kits, etc.

In a normal game — the semifinal, for example — you have a maximum of three or four people in the dressing room. In a final like this, you have 10 people come in with some questions. You’re really happy when you can finally get to the pitch.

It’s a special moment when you walk in the stadium with the teams, the cup is there, the ball is there and all the atmosphere is fantastic. You are part of the final and you know this is the moment to start the whole ceremony. You’re happy and proud.

Q. Then when the game has finally kicked off, do you notice any difference in the behaviour of players during the game?

A. In finals, normally the behaviour of players is better than in the semifinals or quarterfinals because they know they are in focus. Normally the players in the finals are really polite and it’s different. [It’s like] the semifinals and quarterfinals are normal working days for the players and the final is a Sunday, so they come into church and are more polite! It’s the same with the coaches.

Q. We often see players go down with cramp in finals, especially when it goes to extra-time. Does fatigue play a part with referees, too?

A. For the referee, of course, but they have to have enough physical power to make extra-time and to be fit in the mind. If they are not able to do this, it would be a disaster in extra-time. You have to concentrated, especially in this time. It’s always the same. The good referees are strong at the end of the game, not just in the beginning.

At the end of the game they have to be very strong because the players are not as fit as they were in the beginning. So they make more mistakes and are sometimes one second or one metre too late and have to do something special — holding, pushing or make a foul. In this time you have to be strong and fit as a referee. This is the difference between a good referee and a very good referee.

Q. Then when you blow the final whistle, it must be great relief?

A. Normally you know exactly after the final whistle if you’ve had a good game or a not-so-good game. If you’ve had a good game then you’re really happy. Sometimes when you go from the pitch to the dressing room and you are out of the focus from the cameras, the people, the whole pressure goes away and you are crying because you are so happy with this performance — not only for yourself, but for your team of officials.

In the other case, you know exactly if a team or both teams aren’t happy — perhaps it was a mistake in a crucial situation and you got it wrong. Sometimes you are really alone in the dressing room. Nobody is speaking with you, the delegates come in and it’s a heavy atmosphere — nobody is happy. You know the critics will be huge on you. This is really the worst thing that can happen to a referee in such a game.

After 20, 25 years, it’s your biggest moment in your career and you’ve worked for such a moment. You’ll be happy if nothing has happened. 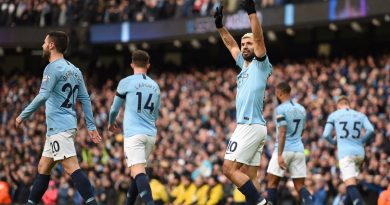 Feb 11, 2019 ayman022 Comments Off on By the numbers – Chelsea suffer biggest defeat since 1991, Sergio Aguero levels with Alan Shearer 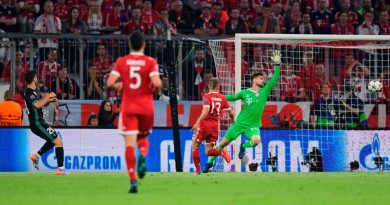