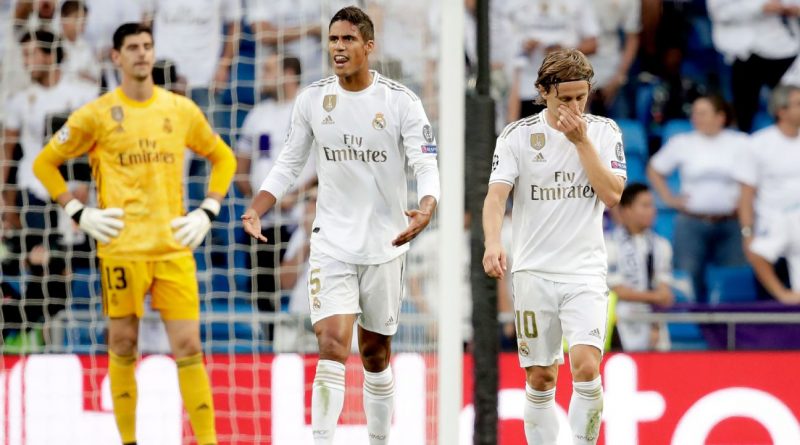 The 2019-20 Champions League is heating up at the halfway point of the group stage, with plenty of issues for the major contenders and no team really standing out above the rest. How does everyone rate with three games left between now and the round of 16? ESPN’s Gab Marcotti assesses the entire 32-team field to see where every team sits heading into the stretch.

Despite early injuries to Neymar, Edinson Cavani and Kylian Mbappe, they’ve been close to flawless thus far, with the highlight being a 3-0 rout of Real Madrid at the Parc des Princes. Grade: A

Awful in Paris during Matchday One and possibly worse at home against Bruges, when they came from two goals down. Victory away to Galatasaray was huge and keeps them pointing in the right direction. Grade: D

They’ve only lost once all season long in all competitions but will rue their failure to capitalise on a home tie with Galatasaray (it finished 0-0). Meanwhile, wasting a two-goal lead at the Bernabeu could cost them dearly. Grade: B

They’ve been poor in the league and poor in Europe. Zero points from their two home games thus far means they’ll need a minor miracle if they are to advance. Grade: D

That huge 7-2 away win over Tottenham papered over a number of cracks but they’re three for three so far in group play, which means they can worry about manager Niko Kovac’s successor rather than the Round of 16. Grade: B

Spurs have been a model of unpredictability and inconsistency, but thankfully so have the other sides in the group. Grade: C

They were heavily beaten in two of their three outings but do control their destiny and have two home games coming up. Grade: D

Still dominant in Greece, but the Champions League is another matter. Defeats to Bayern and Red Star have narrowed their expectations but two road games up next against Bayern and Spurs mean it’s do-or-die time. Grade: F

They’re a perfect three for three though it took them a while to get going and seal victory in their last two games, at home no less. You have to assume there’s more to come. Grade: B

One of the surprise packages thus far, dominating Atalanta at home and grabbing a huge away point to Shakhtar Donetsk. Grade: A

Everything hinges on their trip to Zagreb in midweek, which is pretty much a qualification-playoff. That said, they’ve done little to impress thus far. Grade: C

Flopped in the opener, were naive at home to Shakhtar and matched up poorly with City. They deserve kudos for their brand of football, but execution matters too. Grade: F

They’ve been more consistent in terms of results than performances so far in Europe, scraping past Lokomotiv Moscow but thumping Bayer Leverkusen, but that’s understandable with a new boss in charge. Still solidly on track. Grade: B

Another team trying to find their identity, like Juventus they’ve made their experience count without dazzling yet. Grade: B

Their away win at Leverkusen was huge but they were seriously outplayed by Atletico and Juventus. Need to step it up starting this week. Grade: C+

Stuttering in the Bundesliga and unable to get off the mark in Europe. Their Champions League campaign will likely end this week. Grade: F

They’ve been markedly better in Europe than in Serie A of late. Victory in Salzburg was huge and gives them ample margin for error. Grade: A+

The defending champions were beaten in Naples and given a scare at Anfield, but victory over Genk plus two home games coming up means they are in good shape. Grade: C

They’ve put in tremendous effort and goal-scoring prowess to rattle the big boys but when you concede nine goals in three games, it’s all uphill. Need two wins from next two away games to have a shot. Grade: A-

They’re hanging on by a thread in the Champions League but given how poorly their domestic season has unfolded, it should not be a surprise, Grade: D

The Spanish champions clearly struggled for long stretches in each of their three group games, which means their seven points are max result with minimum effort. Despite their strong standing, they’re not out of the woods yet by any stretch. Grade: C-

Antonio Conte’s side haven’t shown much consistency at all. Despite impressive periods at Camp Nou and against Dortmund, they’ve also displayed defensive flimsiness at times. Grade: C+

Plagued by injuries up front and drifting in the Bundesliga, they arguably haven’t played well since the visit of Barca, a 0-0 game they should have won. Grade: C

Unfancied at the start, they’ve kept it close in every game. It shows what you can do with a clear plan, even if your wage bill is a fraction of the competition’s. Grade: B+

Things are coming together for Julian Nagelsmann and his high-risk/high-reward approach has rattled opponents, regardless of results. Grade: A-

They’re pretty much on schedule thus far and have been competitive in every game. Their next two group stage games are at home, offering an excellent chance to lock up a place in the knockout round. Grade: B

Their poor domestic form cost Sylvinho his job but in Europe they’ve done OK and have arguably played better than their results. Grade: B

They beat Lyon against the run of play to stay alive after losing their first two games, but it’s all uphill now with consecutive road matches. Grade: C-

They really should be three for three given the way they performed in all three games. Frank Lampard’s youngsters have risen to the occasion in Europe as well as in the Premier League. Grade: A

Don’t let gaudy results in their first two outings against Lille and Valencia (both 3-0 wins) fool you: Ajax have been very much up and down and they face the prospect of back-to-back road games. Grade: B-

Have struggled of late, both domestically and in Europe, but it’s still very much in their own hands. The fixture list, with both Chelsea and Lille to visit the Mestalla, also favours them. Grade: C+

They were really unlucky against Valencia and Ajax, but the reality is that they’ll probably need to win the rest of their games to advance. Grade: C+ 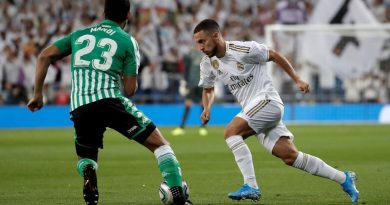 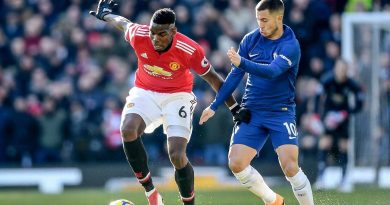 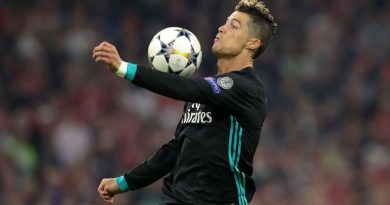