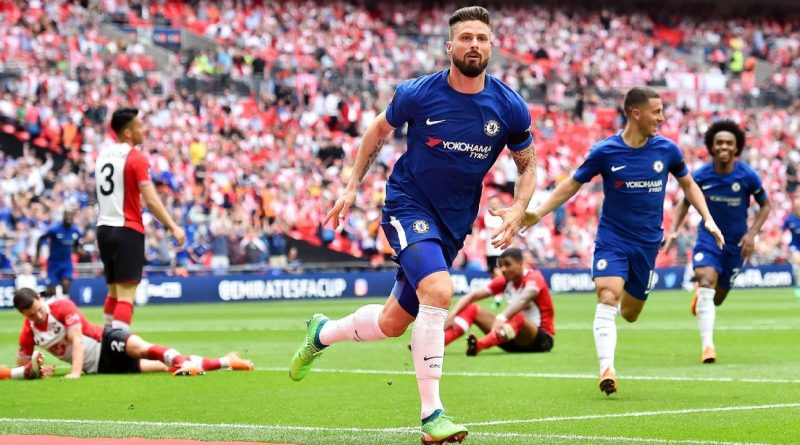 LONDON — Three thoughts from the FA Cup semifinal as Chelsea edged Southampton 2-0 to set up a date with Manchester United.

1. Giroud the hero, but Morata also on target

It still feels strange to see Olivier Giroud in the blue of Chelsea rather than the red of Arsenal. Less than a year ago, he provided a game-changing moment in the FA Cup final here for his former employers against his current employers: a brilliant chipped cross for Aaron Ramsey’s headed winner. Now, his superb goal here gives Chelsea a chance to compensate for last season’s failure in the final.

Giroud endured a rather frustrating first half notable only for two moments: a breakdown in communication with Willian, who hasn’t yet worked out that Giroud wants the ball played to feet rather than into space, and then a peculiar effort on goal when he recovered excellently from his own miscued flick to spectacularly volley the ball narrowly wide.

Yet 30 seconds into the second half, Giroud put Chelsea ahead. A long ball toward Eden Hazard was excellently controlled in midair before he steadied himself and slipped in Giroud, who produced a flurry of neat touches and trickery to evade two Southampton defenders and goalkeeper Alex McCarthy before tucking into an empty net.

It was not a typical Giroud goal in style — we’re used to first-time finishes rather than mazy little dribbles — but Giroud loves this competition. Since his arrival in English football nearly six years ago, no-one else has contributed (scored or assisted) to more FA Cup goals than him. He’s scored in a final, he’s assisted in a final and now he’s got his team to a final. Signed as a “Plan B” but now evidently Antonio Conte’s first-choice up front, he’ll hope to continue his fine Wembley record next month.

The back-up, therefore, is now Alvaro Morata and he played that role excellently here, heading in the crucial second goal with nine minutes remaining. Typically, and recalling his excellent start to his first Premier League campaign, it came from a devilish Cesar Azpilicueta whipped cross from the right-hand channel.

2. Saints rally late to no avail

When Mark Hughes took charge of Southampton, he immediately named two strikers up front for a trip to West Ham having sensed that supporters were frustrated with the one-man attack under Mauricio Pellegrino. Saints lost 3-0 and Hughes quickly tried something else. Here, however, he made the surprising decision to return to a two-man strike-force, albeit as part of a 3-5-2 rather than a 4-4-2.

Shane Long started up top and chased everything sent long into the channels while Charlie Austin played deeper, befitting the No.10 on the back of his shirt, and attempted to link play. The problem, though, was that they were provided with such little service. Dusan Tadic, James Ward-Prowse and Nathan Redmond all remained on the bench and Southampton’s midfield trio focused upon protecting the defence instead. Long was barely involved and Austin spent so long in deep positions that Saints would have been better off deploying a midfielder in his role.

Southampton’s best chance didn’t even produce a shot. Wesley Hoedt’s left-footed pass into the path of Austin was excellently left by the forward, effectively turning Hoedt’s pass into a through-ball for Long, who rounded Willy Caballero immediately. Yet his first touch was too heavy, taking the ball straight out of play. It was a rare moment of clever strike partnership play that would have justified Hughes’ decision to play two strikers.

After an hour, with Southampton 1-0 down, Hughes changed things. Two attacking midfielders, Redmond and Tadic, were summoned in place of Long and central midfielder Pierre-Emile Hojbjerg as Saints switched to 3-4-3, briefly matching Chelsea’s system. Conte reacted by bringing on Tiemoue Bakayoko for a clearly disappointed Willian, providing Chelsea with an extra man in midfield and helping to shut down the game.

But Southampton’s wing-backs now had more space to push forward into. Ryan Bertrand and Cedric Soares, one of the Premier League’s better pairings, overlapped menacingly and Southampton forced a spell of pressure and a flurry of corners. If only James Ward-Prowse was on the pitch to deliver them.

Hughes did at least “go for it” in the final 15 minutes, introducing striker Manolo Gabbiadini in place of centre-back Jan Bednarek and at 2-0 down, Southampton did hit the post through Austin. Ultimately, the difference here was up front: Chelsea’s strikers found the target while Saints’ did not.

There was a danger that Conte’s spell at Chelsea would be remembered as something of a failure after this peculiar, disappointing season in which he seemed entirely bored of everything about the club. The fact that Chelsea won the league last season with 93 points, the second-most in Premier League history (for the next few weeks, at least) having finished in mid-table the previous campaign, had been somewhat overlooked.

Now, however, Conte has the opportunity to bow out with an FA Cup final victory, making amends for last season’s surprise failure at the hands of Arsenal. The game against Manchester United next month, reuniting old enemies Conte and Jose Mourinho, is a high-profile match-up between two sides that have been underwhelming in league competition but now have an opportunity to effectively save their season with a cup win.

On their day, Chelsea remain a formidable outfit. Man-of-the-match Hazard was continually dangerous here, floating into central positions and turning defenders inside-out with sudden bursts of acceleration, while N’Golo Kante, probably Chelsea’s player of the season, has improved his contributions in possession and showed wonderful awareness in tight situations.

It’s difficult to know whether Chelsea or Manchester United will start the final as favourites, particularly as United seem able to elevate themselves for the big occasions, but for the second season in a row, it’s a genuinely exciting final. At the end of a rather uneventful Premier League season, it shows that the FA Cup final remains the biggest day in the English football calendar. 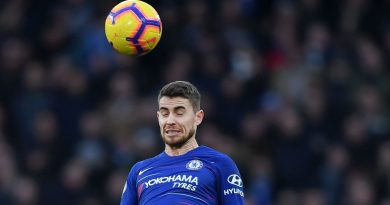 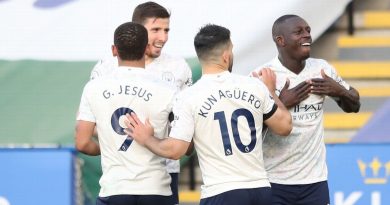 Man City dominate the Premier League, but Haaland or Kane up front makes them even better

Apr 3, 2021 ayman022 Comments Off on Man City dominate the Premier League, but Haaland or Kane up front makes them even better 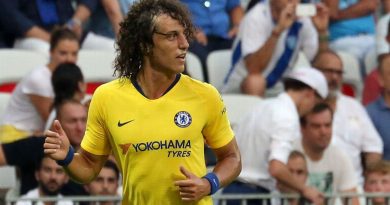