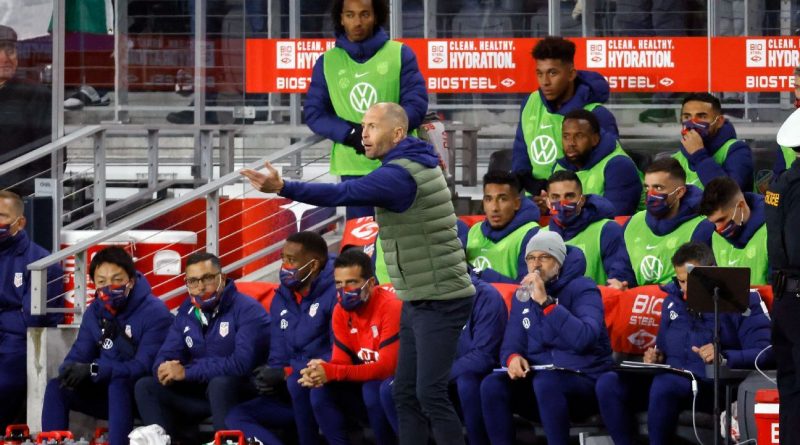 A kickoff temperature of about 25 degrees is forecast for the United States‘ World Cup qualifier against El Salvador at Columbus, Ohio, on Jan. 27, with a wind chill index approaching what the U.S. Soccer Federation’s health guidelines call “high risk for cold-related illness.”

Walker Zimmerman views winter weather as a prime opportunity for himself and his American teammates. He remembered back to March 2013, when he viewed on television the infamous Snow Clasico, a 1-0 victory over Costa Rica during a blizzard at Commerce City, Colorado.

“I was even talking to my wife over the break,” the 28-year-old defender said Wednesday. “I was like, you know what? I want it to be freezing. I want it to be cold. I want the snow. I want to be a part of something so iconic that I saw and I really remember growing up. And that’s exciting to me. So I think the guys are ready to embrace it, embrace the cold. And it will be a really good environment for us fan-wise, as well.”

AccuWeather forecast the 7 p.m. temperature in Columbus next Thursday will be 24 to 26 degrees with winds from the west at 4 to 14 mph and a 40% chance of snow showers. The forecast for the Jan. 30 qualifier against Canada at Hamilton, Ontario, calls for temperatures from 22 to 24 and winds at 5-10 mph for the 3 p.m. start, with a 10% chance of snow flurries.

“The staff on the national team do a tremendous job, and we have full confidence in them to prepare us,” winger Paul Arriola said after training in Phoenix, where Wednesday’s high temperature was 70.

“Obviously, we have our duties as professional players and players on the national team to be as ready as possible for every condition. I’ve done it before and I think most of most of the players on this team have, and I think it’s an opportunity for us.”

“If it’s tough for us, and we have guys playing in Europe in cold weather,” he said, “what’s it going to be like for Honduras, who’s coming from Honduras midweek, coming from 85-, 90-degree temperatures?”

Under Recognize to Recover, announced by the USSF in December 2015 as a “comprehensive player health and safety program,” a wind chill temperature index of the type forecast includes a “recommended action” to “consider modifying activity to limit exposure and allow for more frequent chances to re-warm.”

A 25-degree temperature with a 5 mph wind produces a 19 wind chill, which is orange on the USSF index and termed “moderate risk for cold-related illness.”

The USSF recommends to “provide additional clothing, cover as much exposed skin as practical, and provide opportunities and facilities for re-warming.”

If the wind increases to 10 mph and the wind chill drops to 15, the index would be in the red zone, calling for modified activity. A drop to 15 degrees and a wind increase to 10 mph would move the alert level to black, which is termed as “extreme conditions.”

The recommendation for that level is “cancel or attempt to move activities indoors.”

Federations pick sites of home qualifiers. Nicholas Noble, spokesman for the regional governing body of North and Central America and Caribbean Association Football, when asked about World Cup qualifying in September responded: “CONCACAF does not manage or run these matches, FIFA does, along with the individual federations.”

FIFA spokesman Bryan Swanson did not respond to an email seeking comment.

“Our event staff and coaching staff worked hand in hand on the venue selection,” USSF CEO Will Wilson said. “Obviously the venues that are coming up, we’re comfortable with their mitigation processes.”

The fields in Columbus and St. Paul are heated, and the USSF said it is confident players will be protected from the elements. Hamilton’s Tim Hortons Field has artificial turf.

Dr. George Chiampas, the USSF’s chief medical officer and a member of FIFA’s medical committee, said cold is easier to acclimate to than heat and humidity. Mitigation will include heated benches and hand warmers.

Midfielder Sebastian Lletget, a California native traded from the LA Galaxy to the New England Revolution last month, thinks the qualifiers are “going to help me kind of get accustomed.”

Preparing for Major League Soccer’s playoffs with the Revolution in November was beneficial for goalkeeper Matt Turner, who started the first five U.S. qualifiers.

“Understand that mentality and what it takes to succeed in those moments,” he said. “So for me, it’s embracing the cold. It’s keep up my focus sharp for the moments when I’m called into action and just have fun with it. I mean, this is America. This is the beauty. We could play in 90 degrees and we can play in zero degrees in the same time of year. It’s a pretty cool thing.” 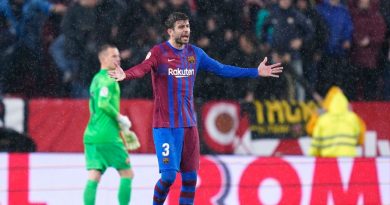 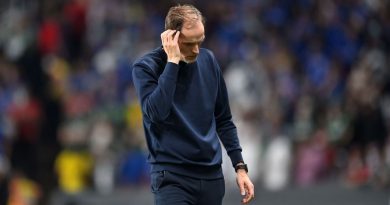 Thomas Tuchel concedes Chelsea are out of title race, wants to focus on top four

Feb 18, 2022 ayman022 Comments Off on Thomas Tuchel concedes Chelsea are out of title race, wants to focus on top four 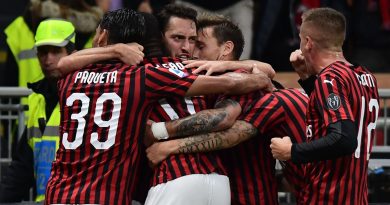