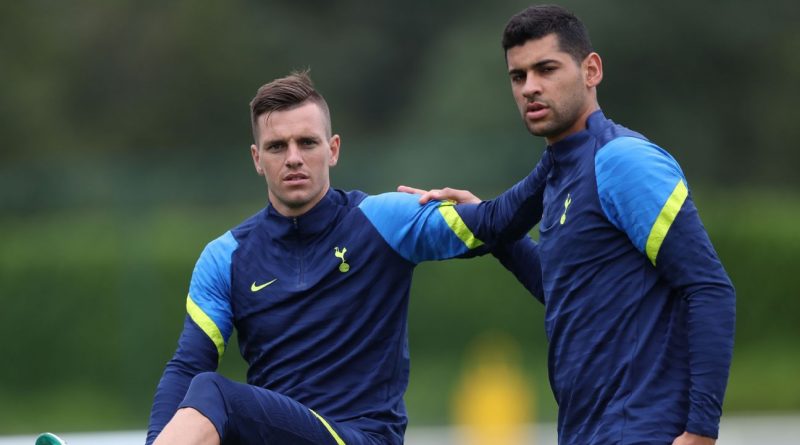 It would have been wise to check the passenger lists on flights from Europe to South America before trying to pick a winner from September’s three rounds of CONMEBOL World Cup qualifying.

Paraguay have missed Newcastle’s Miguel Almiron, their leading talent; Chile are without Blackburn Rovers’ Ben Brereton Diaz, the young striker who made such a positive impression in the Copa America. These and other England -based players are caught in the middle of an ugly tug-of-war between their clubs and national teams, in a situation where it’s not easy to identify the good guys.

Brazil are without their nine Premier League players: Alisson, Fabinho, Roberto Firmino (Liverpool); Ederson, Gabriel Jesus (Manchester City); Thiago Silva (Chelsea); Fred (Manchester United); Richarlison (Everton); and Raphinha (Leeds). Argentina managed to bring their quartet — a deal was done with Aston Villa to free Emiliano Martinez and Emiliano Buendia for two of the three games, and sources told ESPN the Tottenham pair of Cristian Romero and Giovani Lo Celso will be fined by their club for making the journey without consent — but, after Sunday’s farce away to Brazil, they maybe wished they had stayed at home.

Many European clubs were reluctant to release players for this controversial triple header — an extra match has been added to the calendar, meaning that the games end on Thursday night, two days later than usual. There is an extra problem in the UK given the compulsory 10-day quarantine for those arriving from so-called “red list” countries (which are perceived as having a high risk of COVID-19 transmission.) The issue here, as far as the clubs are concerned, is not just that the players will be in quarantine, but that those days would be spent in a hotel room, leading to an inevitable loss of physical condition.

This has been made reciprocal in Brazil. The four Premier League players from Argentina (Martinez, Buendia, Romero and Lo Celso) were deemed to have fallen foul of the quarantine requirement on those arriving who have spent time in the UK in the previous 14 days, leading to the epic farce in Sao Paulo on Sunday when the match was interrupted in the sixth minute by officials from Brazil’s sanitary authority demanding the deportation of the England-based players.

FIFA now has a tough task of working out what to do with this match. The South American football authorities were happy to pass the buck to FIFA. The ideal scenario would be to restage the game — but this runs into the key problem behind the whole imbroglio. When? There are no dates available. As soon as the decision was made to go ahead with the Copa America some three months ago, the continent had left itself with no margin for error, and plenty of potential for conflict.

CONMEBOL said that the reason for playing the Copa was to strengthen the teams for next year’s World Cup. They were explicitly giving the World Cup priority over the Copa, but their actions did the contrary. The players, especially in Brazil, gave a warning. They made it clear — along with some other players and coaches — that they were playing the Copa under protest. This was not only because the COVID-19 pandemic was hitting the continent so hard, but also because they thought the time would be better spent catching up on World Cup qualification, which was behind schedule.

Instead, once the Copa was over, there were still 12 rounds of qualifiers to get through, not enough dates to play them, and the risks of ploughing ahead in the face of increased travel restrictions. An extra FIFA date was arranged for the end of January, and the controversial third game was added to the schedule in September and October. But there was no margin for error, and the planning ran off the rails in front of a huge global audience in Sao Paulo last Sunday.

It is unlikely that what took place in Sao Paulo was the result of some intricate, thought-out conspiracy. Far more likely is that it was the consequence of a number of factors all hitting together: bureaucratic complications, negligence, bad communication, incompetence, arrogance, trickery, an excess of zeal and a deficiency of common sense. The farce of Sao Paulo will make European clubs even more wary of releasing their players for next month’s FIFA date. There is an urgent need to get all involved round the negotiating table and try to thrash out a solution.

As always, there must be give and take, but the European clubs will argue that there is no reason for them to cede anything when the South American football authorities will not do likewise. Once they decided to go ahead with the Copa, they were committing the national teams to 21 competitive games in a 10 month period — a hefty and surely excessive workload even without the logistical problems of global travel at this time. 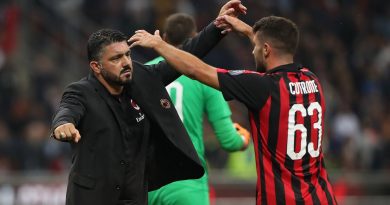 Sep 1, 2018 ayman022 Comments Off on Encouraging signs for Gattuso, Milan in Roma win

What are add-ons? What do agents make? Why do clubs leave it until deadline day?

Aug 25, 2022 ayman022 Comments Off on What are add-ons? What do agents make? Why do clubs leave it until deadline day?