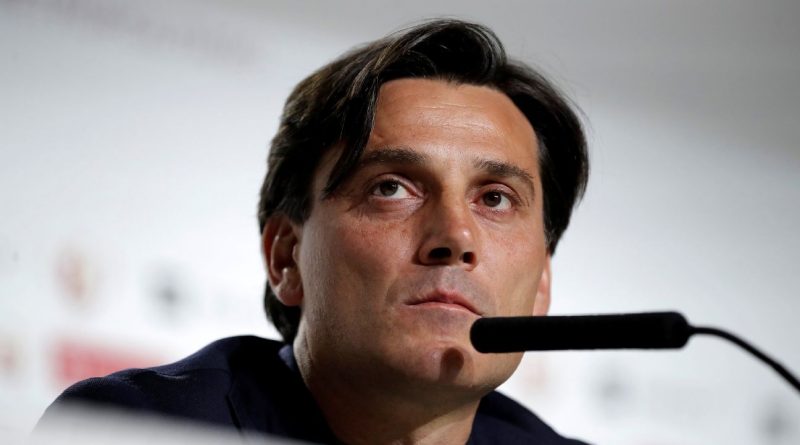 Barcelona
Apr 20, 2018 ayman022
sevillano costume, the traje corto or frilly, flamenco-style dresses. They come to see and be seen, and the fino flows. In a country of fiestas, the Feria de Abril may just be the most famous of all. The tradition really, really matters: having fun is a serious business. It runs all day and all night, through to the following morning, and no-one misses it. For some groups, particularly those with a public profile, an appearance is almost obligatory and the photo is too. Others would rather not get noticed, of course.

This week, Real Betis’ players were there, impeccably dressed. Last Saturday, Sevilla’s manager Vicenzo Montella visited. It was something he had to see, and experience, to find out what all the fuss was about. “I went then; now it’s time to work,” he said.

That’s why his players have mostly missed out: they’ve been kept well away. Because while the feria de Abril is fun, it has also been the ruin of many a poor boy and while few admit it, a fair few football teams too. And right now, Sevilla have other things to focus on.

So, on Tuesday night, they played Deportivo in La Coruna and instead of heading home afterwards, they made their way from Galicia to Marbella. From there they will travel to Madrid on Friday night. The following night, at the Wanda Metropolitano, they face Barcelona in the final of the Copa del Rey.

Sevilla’s players were told the plan before they travelled to Old Trafford to play Manchester United, where they reached the quarterfinal of the European Cup/Champions League for the first time in 60 years. In Marbella, away from friends and family, they are undergoing an intense training camp with daily double sessions. There are physio sessions and videos, group therapy and above all, there is isolation. That’s what they’re doing; what they’re not doing is almost as important. They are, said Jose Castro, the Sevilla president, “away from the festive atmosphere.”

“We trust our players’ professionalism,” said Castro. “But its good for us to be isolated, away from all the hubbub.” And these days if players go, he noted, someone “always catches them.”

“You miss your family, your son, but we’re professionals and we have to accept this kind of thing,” said Sergio Escudero, the club captain. “It’s good for squad unity,” added Ever Banega. “You’re away from home,” said Pablo Sarabia. “But I understand that we have to prepare the final very well. This is good for us to avoid distractions. We have a lot at stake.”

For Barcelona, the final will go some way to helping to define how this season is judged — if perhaps not as far, odd though it may sound, as what Real Madrid do in the Champions League. For Sevilla, there is a lot to play for. Castro, a president under pressure, knows that. Those who depend on him and are at the mercy of his decisions know that, too. The result could decide the future of Sevilla’s sporting director, their manager and some of the players: summer plans will be conditioned by this. A European place, which for so long looked guaranteed through the league anyway, now depends on it too.

But there’s something else, something more basic and much more important at heart, something that in some strange way seems to get forgotten. There was a nice line on the radio yesterday when the experienced Seville-based journalist Lucas Haurie was asked by the presenter: “¿El Sevilla se juega mucho?” “Do Sevilla have a lot to play for?”

Is there a lot at stake? The question was focused upon what the impact of the final might be, the fall-out and what it could all mean. Would the manager go? Would the sporting director? Did the project depend on this?

Do Sevilla have a lot to play for?

Sometimes in the rush to get ahead of ourselves, to see what’s next, to take discussion to a different plane, something gets missed. Something? The whole point of the whole thing. The game. The football, the competition, the desire to win, the very thing you play for. The glory, the moments, the things that make you.

As Juanma Lillo put it, sometimes it can seem that the “garnish has eaten the steak.” It can feel like we’re more interested in transfers than titles, jobs than games, wrapped up in all that other stuff. That stuff — managers, players, signings, comings, goings — which, in theory, is a route towards competition, games, titles and the journey, but which seems to have been inverted. Sometimes it can feel like the game is building towards the other stuff, like the games are there to condition the market rather than the market being there to help in the games.

When Liverpool reached the European Cup final in 2005, they finished fifth in the league. There was this strange discourse that said they had to win to get back into the Champions League the following season. No, they had to win because it was the European Cup, for goodness sake. At times we seem to be chasing a tomorrow that never comes, forgetting the game we’re playing right now. The future matters, of course, and stability does too, but what’s it matter if, when you get there, it’s still always about the future, forever out of reach? And meanwhile, the present and the past, which also make you, gets pushed aside a little.

So, do Sevilla have a lot to play for? Yes, they have a Copa del Rey to play for. Maybe for Barcelona, its significance can be seen in broader terms, as a stepping stone towards to something else, a small contribution not a big success, not the be-all and end-all, but for Sevilla?

This is a trophy they have won five times in their entire history. How can what that would mean next be more important than what that means already? How can the fall-out matter more, right now, than the actual final? Sevilla have won 11 titles in their history, seven of those coming in the past 13 years; it’s this title that had made them what they are, making this their best-ever era. That’s what matters, isn’t it? That’s what they’re playing for. That’s what everyone plays football for.

For a while, as that list suggests, the Copa del Rey was almost like “everyone else” competition, a trophy for the “other” teams in Spain. Over that decade, Madrid and Barcelona appear just once each and in Madrid’s case, that was when the final took on a significance because of when and where it was played — their 100th birthday, in their stadium — rather than what it was.

Over the past few years, though — and possibly starting with Jose Mourinho? — it has come to matter to them too, a trophy to pursue, something to be taken seriously. This season, Barcelona’s only real consistent concession was Jasper Cillessen, who will play on Saturday, two months since his last game. There’s no doubt that eight finals in 10 years is hugely significant, a record for Barcelona be proud of, and if they were to win four in a row, even more so. It is also true that the two Copa del Rey finals between Madrid and Barcelona were massive occasions, and that a double is, well, a double.

And yet, it is also true that for the big two, that importance is relative, expressed differently and felt differently; it’s as if the cup is an adornment, an addition more than a success of its own. Maybe even like it is more obligation than opportunity, like the feeling is that there may be more shame in getting knocked out by a smaller team (like Madrid were with Leganes) than there is glory in getting to the final and winning it. Its significance is also debated: one question asked recently is whether the importance Barcelona have placed on the Copa del Rey has damaged them in Europe.

But for Sevilla — and for everyone else, in fact — there can be no such doubts. This Copa del Rey title matters because it’s a title. There is glory in every game and in this one especially. You don’t pick and choose success; you pursue it. That’s why you’re there. At the end of the match on Saturday, if Sevilla have lost, the players won’t feel sunk because the manager might go or some of them might get sold, at least not yet. They’ll feel sunk because they lost a final. If they have won, they will parade the cup, not a contract. History and memories will be made. Up in the stands at the Wanda, they’ll be going wild. Back at the feria, they will too, and that alone is reason enough for them to have skipped Seville for a week and headed straight to Marbella instead.

Win and they’ll head back to make the most of it. Right now, that is what they have to play for and, forget the future for a moment, only now matters and the only thing they have to fear is the feria itself.

Well, that and Lionel Messi.

“The chance to go to another final with new Sevilla teammates is unique,” said Banega. “We’re ready and in one game, anything can happen. If you had said to me at the start of the season ‘if you sign this, at the end of the season you’ll be where you are in the league [in a disappointing seventh place] and in a cup final,’ I would have signed up for that.

“You play football for this: to reach finals and have moments like this one.”

Man United’s Matic blames Pogba after fining himself for lateness

Feb 26, 2021 ayman022 Comments Off on Man United’s Matic blames Pogba after fining himself for lateness 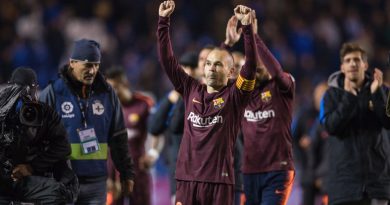 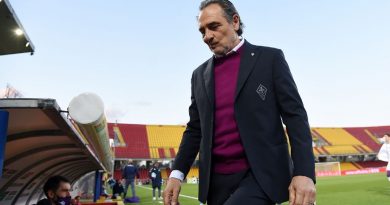 Mar 23, 2021 ayman022 Comments Off on Prandelli resigns at Fiorentina citing ‘darkness’ inside