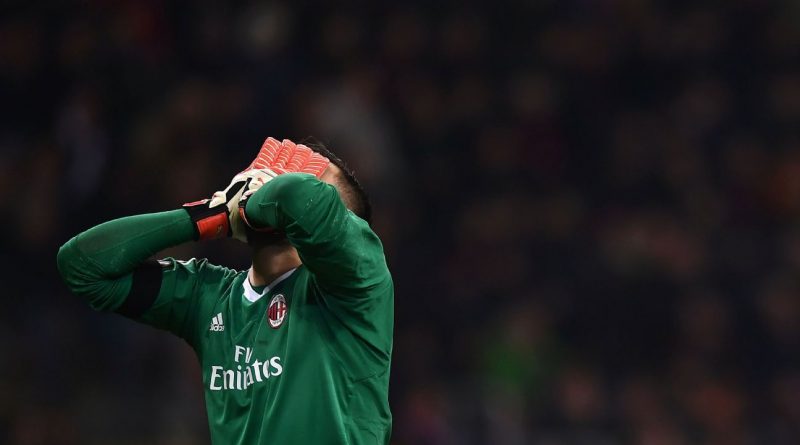 AC Milan were just minutes away from securing sixth place in Serie A on Sunday, but as a win at Atalanta slipped away in injury time, they’ll now have to complete the job on the final day of the season against Fiorentina.

Sixth place holds significance. Having gone through the qualifiers for the Europa League this season, the Rossoneri will have played more than 50 games when the campaign comes to an end, and the packed schedule has certainly taken its toll on a squad lacking in quality and depth.

Assuming that Milan will target quality over quantity this time around, after bringing in 11 new faces last summer, a return to the qualifiers and preseason training in June if they finish seventh is certainly something that they’ll want to avoid. Starting in the group stage via sixth place is now the ideal outcome.

However, for the most part, the discussion over qualification for Europe has been overshadowed in the past week by fresh questions being raised over the future of Gianluigi Donnarumma.

It hasn’t been a good week for the 19-year-old shot stopper. From his blunders in the 4-0 defeat to Juventus in the Coppa Italia final to his mistake at Atalanta, where he should have done better to prevent the injury-time equaliser, he’s had a tough time of it on the pitch.

In the bigger picture, it is a growing concern. Having established himself in the starting lineup at such a young age, he was constantly praised for displaying maturity and consistency beyond his years. From the slip up against Arsenal in Europe to his howlers in Rome last week, errors are creeping into his game in big moments, and that is really unlike him.

Unfortunately, that has seemingly stirred up the frustration and anger still held by some supporters following the controversy over his contract situation last summer. Having initially decided not to renew, a fierce backlash from fans subsequently followed before a U-turn from the Italian international as he penned a new deal.

As noted by La Gazzetta dello Sport, there were reports in Bergamo on Sunday that as he tried to offer his jersey to the travelling supporters, he was turned away by the ultras and returned to the dressing room with his jersey still firmly in his grasp.

These type of reports are unfortunate and quite sad. While he is earning a lot of money at such a young age and has to perform at a high level week in and week out, it’s disappointing to hear that his relationship with some sections of fans hasn’t been repaired and may never be.

Speculation over his future is never far away, and as the seemingly never-ending saga goes on, it could even be argued that Sunday’s clash with Fiorentina could potentially be his last game in a Milan shirt. It’s not an impossible outcome, and with sporting director Massimiliano Mirabelli all but confirming this week that Napoli goalkeeper Pepe Reina will join on a free transfer when his contract expires, it has to be asked if he’s merely competition or a replacement.

Various factors come into play at this point. Milan failed to qualify for the Champions League, which was their objective this season, and the lack of revenue from that competition next year may well alter their budgets and affect the financial picture somewhat.

Do Milan have to sacrifice a valuable asset this summer? Would it make sense to cash in and use those funds to reinvest in the squad with Reina potentially coming in as an experienced replacement on a free? These questions will ultimately be answered when the season is over and the transfer window is open for business.

Having come through the youth ranks and established himself in the senior side to be considered a pillar of the club’s future, the tone is arguably changing over Donnarumma, and that all started last summer.

His errors have aggravated emotions that were perhaps sidelined in the best interests in the team from a fan perspective, but time will tell if Sunday represents the last time we’ll see Donnarumma as a Milan player.

Putting that distraction to the side though, it’s imperative that the Rossoneri don’t slip up. The Europa League isn’t where this club wants to be, but following on from results last weekend, that is the competition that they will definitely contest next season.

Now it’s just a case of finishing on a positive note and ensuring that their campaign starts in late summer and not with a qualifier to spark another long season that stretches them to their limits. 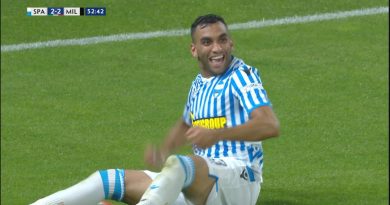 Milan fall out of top 4 as SPAL equalize 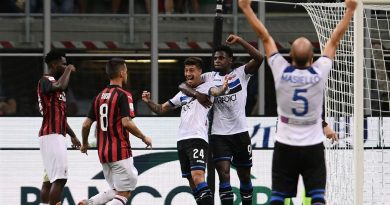 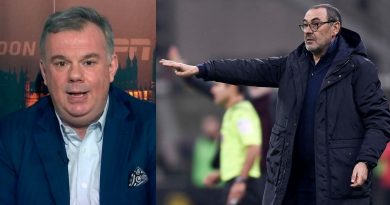 Marcotti: Juventus lack the identity of other Sarri sides

Feb 13, 2020 ayman022 Comments Off on Marcotti: Juventus lack the identity of other Sarri sides