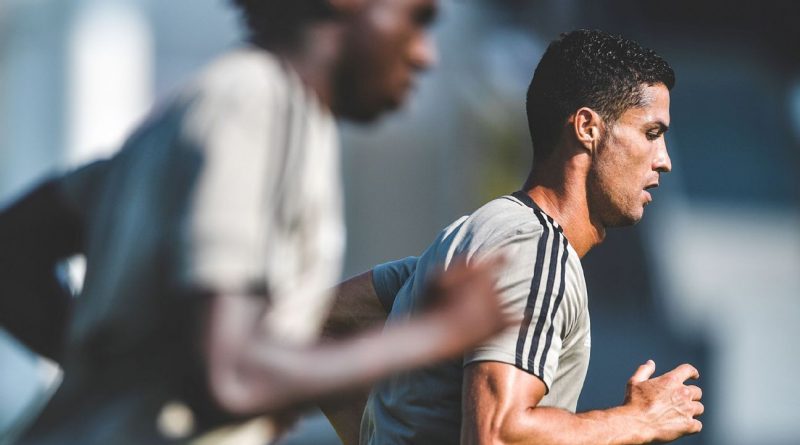 Cristiano Ronaldo strikes a pose in “relaxation mode” on a day off during the international fortnight. Laid back on some steps leading up to a Jacuzzi on the deck of some luxury boat cutting through the waters of the Cote d’Azur, the first impression on seeing his Instagram post is that he has this down to a fine art. You might think Ronaldo is chilling under the Mediterranean sun, but in actual fact, he is working.

“Vitamin D,” read the caption under the five-time Ballon d’Or winner’s photo: excellent for maintaining the strength of your bones, cardiovascular health and support of the immune system. Memories of the time Ronaldo’s mentor Sir Alex Ferguson introduced tanning beds to help keep the players’ D levels up during the cold and grey Manchester winters came crashing back with the sight of this bronzed 33-year-old in his black-and-gold swim shorts lounging under the sun.

That Ronaldo pays close attention to simple health hacks like this was underlined by his good friend, veteran centre-back Bruno Alves, on the eve of the encounter between Juventus and Parma before the international break. Big into eating clean and living well to the point where you fear one of them will soon publish a recipe book or launch a brand of energy balls, they message each other all the time on the subject of nutrition.

Ronaldo, it turns out, has got Alves into cold-pressing turmeric, ginger and lemon, a concoction apparently so much more than just a cool and refreshing drink. “It’s anti-inflammatory,” Alves told La Gazzetta dello Sport. “Lemons contain acid but behave like an alkaline in the body.”

The drink helps ease the workout burn with its natural antioxidants. Whether it can do anything to soothe Ronaldo’s ego from the critical reviews of his no-show at the Champions League draw/UEFA awards and poor display at the Ennio Tardini against Parma remains to be seen. Venerable broadsheet Il Corriere della Sera dubbed him “CR0” in Parma, while La Repubblica awarded the €117 million signing 5/10 in their playing ratings. “Technically and tactically, an embarrassing performance,” sniffed Emanuele Gamba. It was a bruising assessment of a game that left as big a mark on the reader as the black eye Ronaldo suffered while attempting in vain to score his first goal for Juventus.

Ronaldo’s desire to see the net billow from the impact of one of the 23 shots he has fired up until now — six more than anybody else in Serie A — ultimately got the better of him and his team, whose efforts to help him open his account in black and white made the football they played less cohesive and fluent than it could have been.

Juventus coach Massimiliano Allegri touched upon it in a post-match tweet. “Everyone will get the individual joy they deserve. We are building our identity as a team, you work even better on maximum points.” This is frightening when you think about it. Juventus are already out in front all by themselves — a far from regular occurrence going into the first international break — and that comes despite Ronaldo firing blanks and Allegri leaving Paulo Dybala, Douglas Costa, Cancelo and Emre Can on the bench in Reggio Emilia.

The title race looks set to be a monologue with an eighth straight Scudetto being framed as “easy” in some quarters of the press, explaining perhaps why there’s more interest in how hard Ronaldo is supposedly finding it in Italy. Predictions of him hitting 40 goals this season have been scaled back.

“In a league that everyone likes to denigrate, it’s definitely harder to score 40 [goals],” Allegri huffed before promptly defusing the situation with a gag typical of his sense of humour. “The top scorer usually gets around 26 or 27. And anyway, the capocannoniere never wins the league, so it’s fine.” The last one to do so was Zlatan Ibrahimovic a decade ago.

Ultimately, Ronaldo is finding out that Serie A is quite different from La Liga.

“Let’s not call it the best or the hardest league,” said Allegri, “but in Italy we know how to defend and we know how to defend the penalty area. A lot of attention is given to tactics and the defensive side of the game. The coaches are all very well prepared. They work, they watch, they don’t give anything away, they don’t give you any advantages.” His thoughts were echoed by Serie A centre-backs past and present, from Ronaldo’s former Real Madrid teammate, the Napoli defender Raul Albiol, to Ciro Ferrara.

Then there is Stefan de Vrij. When Il Corriere dello Sport asked the Inter stopper to name the best striker he has ever played against, he probably didn’t expect “De Vrij snobs Ronaldo” to be the paper’s front-page lead after giving the one-word answer: “[Kylian] Mbappe.” One can’t imagine the Holland international was too pleased at this misrepresentation when he saw Thursday’s edition resting on the bar at Inter’s training ground. Still, you can’t see Ronaldo tearing it out and tacking it to the wall of his locker either. More likely, his motivation is coming from within his own family: Ronaldo Junior scored four goals on his debut in a No. 7 shirt for Juventus’ Under-9s against Lucento.

Rather than joining up with Portugal for the start of the Nations League — CR7’s country didn’t need him to beat Italy, 1-0 — Ronaldo stayed in Turin along with Mario Mandzukic to work on fitness, chemistry and the finer details of Allegri’s methodology.

People tend to forget that Ronaldo was at Madrid for nine years and underestimate the stability and continuity of the environment he found around him. The signing of Toni Kroos in 2014 was the last time Madrid acquired someone who went straight into the first team and improved it. Other than that, it’s been the same starting XI (more or less) for four straight seasons. These guys knew each other’s game inside out thanks to playing together, uninterrupted, for thousands of hours. At Juve, it’s all new. Levels of understanding are at an embryonic stage.

While a lot has been made of Ronaldo being double-teamed and sometimes even triple-marked — a feature of his entire career — the issue here is more one of speed, and in particular, quicker thinking. His teammates need to notice the runs he makes earlier and feed the ball to him, where he wants it, faster. Allegri is convinced this will come once Ronaldo and his teammates get to know each other better and attain the athletic condition that provides the platform for greater lucidity in their decision-making.

“… He’ll get back to scoring goals after the international break,” assures Allegri. Starting with Sunday’s top of the table clash against giant-killing and free-scoring Sassuolo, perhaps?

Ronaldo celebrated his first league goal for Real Madrid last year on his fourth appearance, so there’s a symmetry to it all that feels about right. But his teammates don’t want it to weigh too much on his mind. Rivals Gonzalo Higuain and Mauro Icardi aren’t off the mark yet, either, and besides, as Sami Khedira hinted in an interview to mark his contract extension, Ronaldo wasn’t signed to rack the goals up in Serie A. He was brought in to be the difference when it matters in the Champions League and to turn Juventus’ “dreams into reality.” 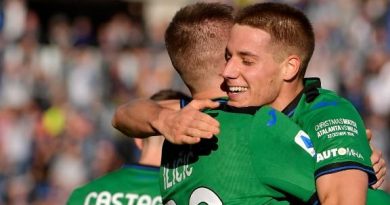 May 11, 2018 ayman022 Comments Off on Serie A permits clubs to field ‘B’ teams in Italian third division