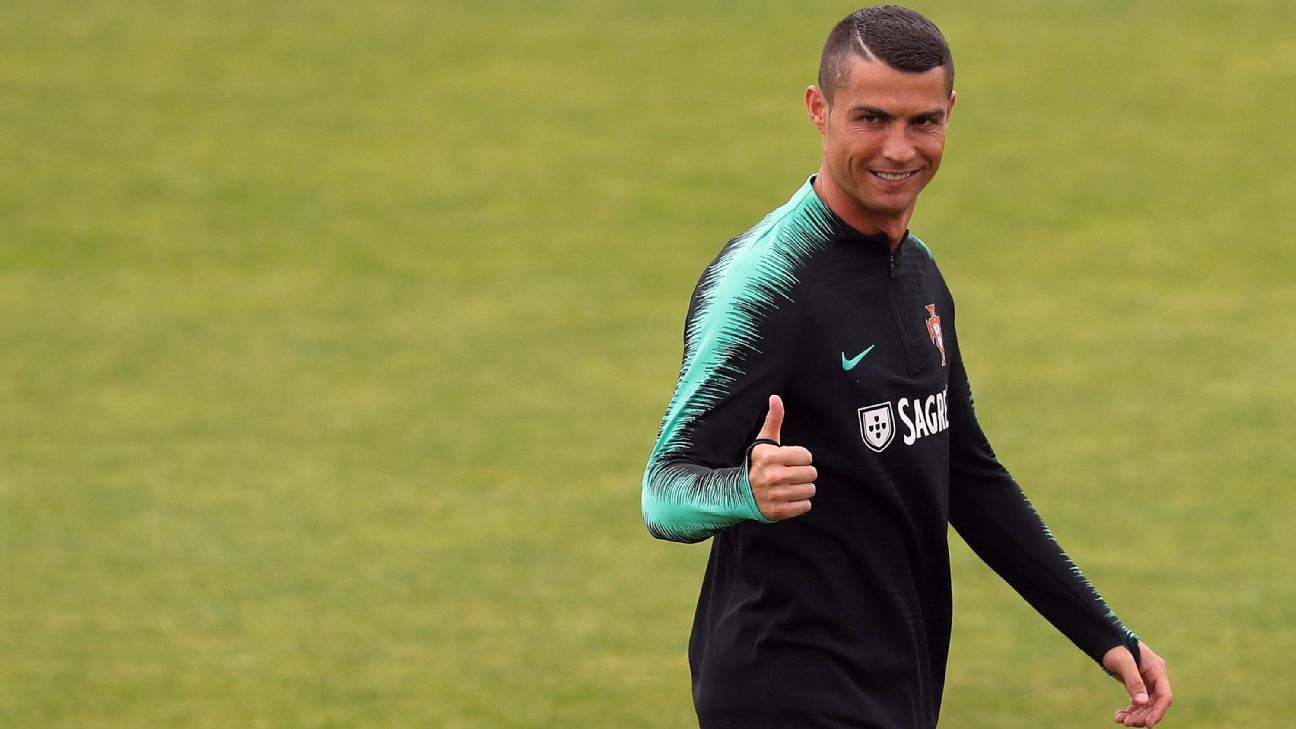 Cristiano Ronaldo made the dream of two Portuguese children with disabilities come true by meeting them at Portugal’s headquarters in Oeiras.

The Real Madrid star joined the national team in preparation for the World Cup on Monday, following a week’s break after winning a third straight Champions League title.

The Portuguese Football Federation (FPF) said that the five-time Ballon d’Or winner met the children after Tuesday’s training session. The FPF described it as a moment “filled with emotion and joy.”

The FPF posted on Twitter two photographs of Ronaldo showing affection to the two children with the message: “We all have dreams, but only the most courageous make them come true.

“With the help of Make-A-Wish Portugal, Joao and Francisca were able to meet Cristiano in the City of Football.”

Earlier on Tuesday, the father of four had posted a picture of himself with partner Georgina Rodriguez and all of his children together with a message wishing his twins Eva and Mateo a happy first birthday, Find a striker, build depth behind stars and determine future of veterans

Jan 29, 2021 ayman022 Comments Off on Find a striker, build depth behind stars and determine future of veterans How the internet reacted and where it ranks

Jun 14, 2021 ayman022 Comments Off on How the internet reacted and where it ranks