Juventus coach Massimiliano Allegri says his side face a “decisive” match in the title race at lowly Crotone on Wednesday.
Juve bounced back from their Champions League exit at Real Madrid last week by beating Sampdoria 3-0 on Sunday.
They hold a six-point lead at the top of Serie A over Napoli, who host Udinese the same evening.
And Allegri is desperate to keep their only rivals for a seventh-successive Scudetto at arm’s length ahead of Sunday’s showdown between the top two.
“I think the most important and decisive match of the week is (Wednesday) because taking a six-point lead into Sunday’s match would be an important gap,” Allegri told the club’s official website.
“We face a Crotone team that is doing well. They’ve earned most of their points at home and have six more than last year.
“The guys gave a good response after Madrid by playing a very good match against Sampdoria, but on Wednesday we need to take three more points because we haven’t won anything yet.
“Napoli’s only goal left is the Scudetto and they’ll do everything to reopen the race while we also have the Coppa Italia. In any case, the Scudetto must not escape us.
“Right now, we have 84 points which in other seasons would be very close to a Scudetto, but this year it’s not.
“Napoli has a great chance to break their record of 87 points and, as (coach Maurizio) Sarri has said, are still there fighting for the championship.
“Meanwhile, before Naples – I repeat – we must beat Crotone.”
Gianluigi Buffon, sent off at the end of the explosive match in Madrid, played at the weekend but will be rested at Crotone with Wojciech Szczesny starting in goal.
Allegri confirmed Argentina forward Gonzalo Higuain will start if he is fit enough while he plans further changes.
“Andrea Barzagli is already available, because he was on the bench the other day,” Allegri added.
“(Miralem) Pjanic is definitely out, then the others are more or less all available. I have to evaluate (Federico) Bernardeschi whether to bring him or not.”
“If Higuain is fine, he will start because we have to win. I’m not even thinking about Sunday evening. (Medhi) Benatia will play to give (Giorgio) Chiellini a rest.”
Crotone currently find themselves in 18th place, one point behind SPAL.
Since taking over in December, manager Walter Zenga has overseen four wins, three draws and 10 defeats. 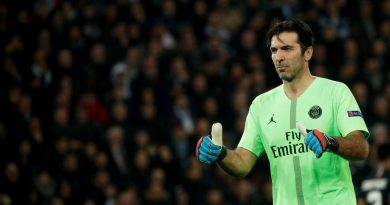 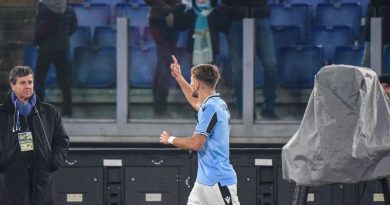