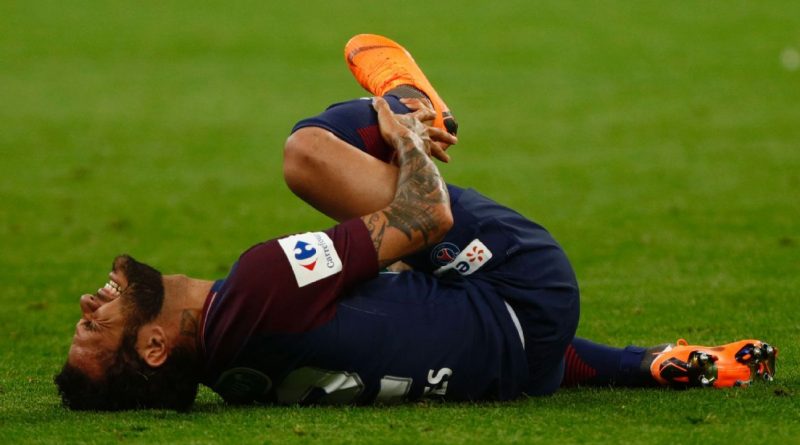 Paris Saint-Germain right-back Dani Alves will be sidelined by a knee injury for at least three weeks and will face a race against time to represent Brazil at the World Cup.

Alves was injured in the 80th minute of Tuesday’s Coupe de France final win over Les Herbiers and replaced six minutes later, but he was able to pose with his teammates for the photograph with the trophy after the match.

There were immediate fears that Alves could miss the World Cup because of the injury, and a statement from his spokesman to ESPN Brasil has only fuelled those fears as he now needs to rest for at least three weeks before a decision can be made over surgery.

That will leave Alves just two and a half weeks to get back to full fitness ahead of Brazil’s first game in Russia, against Switzerland on June 17.

Brazil coach Tite will name his World Cup squad on Monday, with Alves still expected to feature — at least initially — but his actual involvement is now uncertain.

“Following Daniel Alves’ right knee injury, which occurred yesterday during the French Cup final, the tests performed today showed a high detachment of the anterior cruciate ligament with posterolateral sprain,” the statement said. “His condition requires a minimum of three weeks of care before re-evaluation. “

PSG later issued an official injury update, confirming the accuracy of the statement made by Alves’ spokesman.

Speaking after to Coupe de France final, Alves’ club and international teammate Marquinhos said: “I didn’t ask [how he was] because we were in the euphoria of winning the title. Once we rest a little, we shall see how he is, but I saw him walking well.”

Thiago Silva, meanwhile, said he had not yet spoken to Alves yet after the game, though he added “if it had been something more serious, I am certain you would have already heard.”

Brazil, aiming for a record-extending sixth World Cup triumph, begin their campaign against Switzerland before facing Costa Rica and Serbia in their remaining group-stage matches.

Alves has made 107 appearances for A Canarinho since making his debut in 2006. He was a FIFA World Youth Champion with Brazil in 2003 and has won the Copa America and has twice won the Confederations Cup. He played in the World Cup in 2014, when hosts Brazil infamously lost 7-1 in the semifinals to Germany.

Former World Cup winner Bebeto, part of Brazil’s champion squad in 1994, told ESPN Brasil on Wednesday that Alves is “crucial” to the country’s hopes in Russia.

“I hope this injury doesn’t harm him and he can play another World Culp because, without a doubt, he is important for Brazil.” 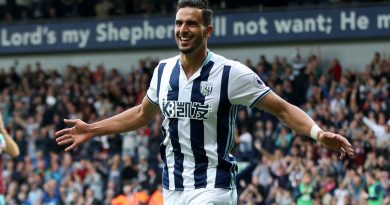 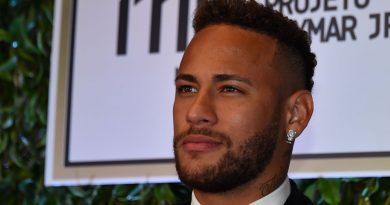 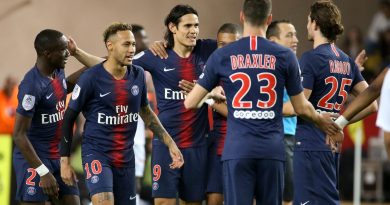