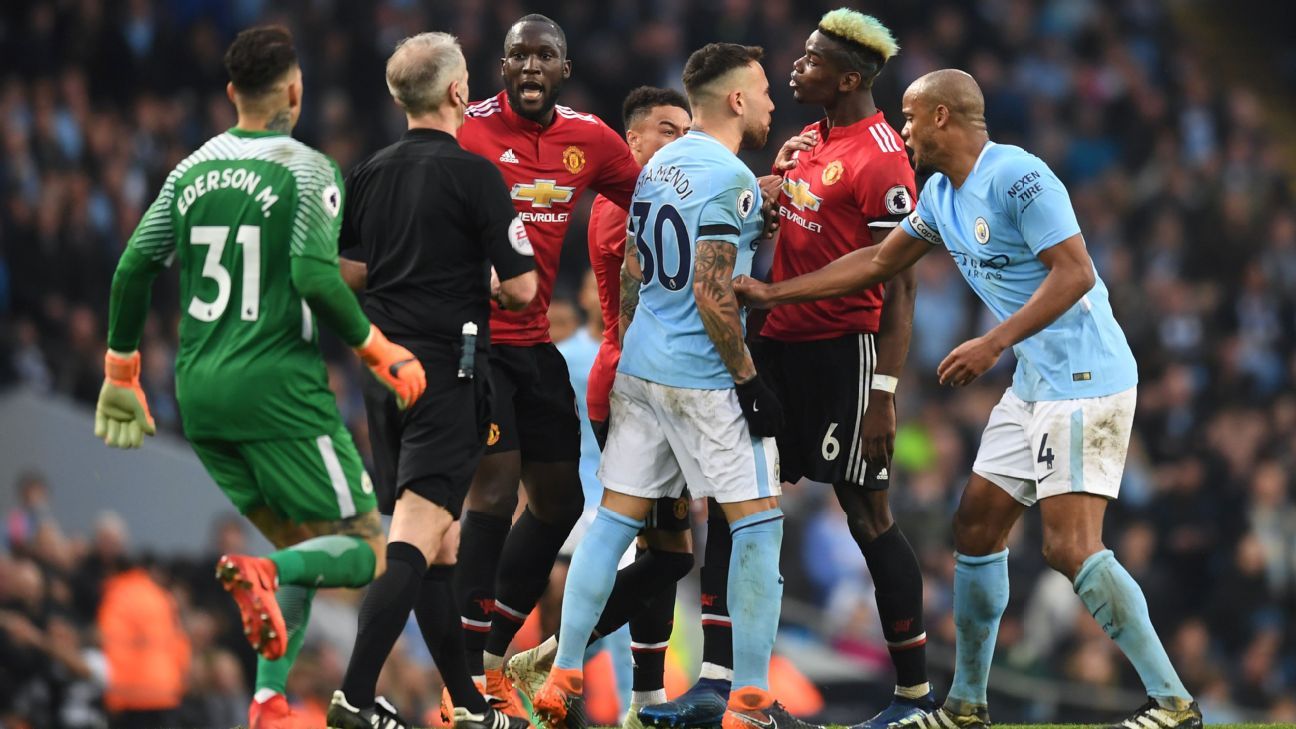 Manchester City defender Danilo has refused to accept that Manchester United were the better side in the second half of Saturday’s derby, and accused Jose Mourinho of resorting to “long balls.”

City were well on top in the first half, going in 2-0 up at the interval and wasted a host of chances. But United came back in remarkable fashion in the second half, winning 3-2 at the Etihad to ruin City’s hopes of winning the Premier League title against their local rivals.

Asked whether it was a case of United being that much better in the second half, Danilo told CityTV: “I don’t agree with you because if you see the statistics of the game, you analyse the game, we had the ball possession, we had the control.

“They just used the long balls, they scored three goals and that all happened today.

“We played the same way we done all the season, we kept the same level of performance, but today it didn’t work.”

He added: “I could tell you many, many reasons why we didn’t win today. It could be missing chances but at the end of the day they scored three goals, we scored two and that’s all that counts.

“But we must be together. When we win, we win together and when we lose, we lose together. We need to keep going and [keep] the heads up.”

Danilo added that City cannot allow the disappointment of their capitulation to fester given the scale of their Champions League challenge against Liverpool, trailing 3-0 from the first leg of the quarterfinal tie.

“Well, without doubt the atmosphere, the feeling, is of sadness, of disappointment,” Danilo said of the dressing room. “We started the game really well, but we must return to the pitch as soon as possible because on Tuesday we have another big challenge to overcome a result.

“Without any doubt [the City fans were great]. We need to thank them all. Not just for today but all the season, but especially the atmosphere they created today was amazing.

“They helped us until the last minute and I am sure they could help us a lot against Liverpool if they are able to create that atmosphere again and try to help us to overcome the result.” 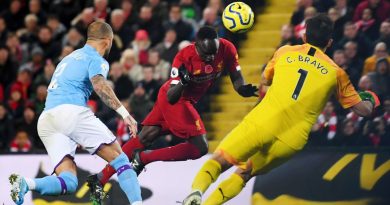 Manchester City’s poor rearguard to blame in loss to Liverpool

Nov 10, 2019 ayman022 Comments Off on Manchester City’s poor rearguard to blame in loss to Liverpool 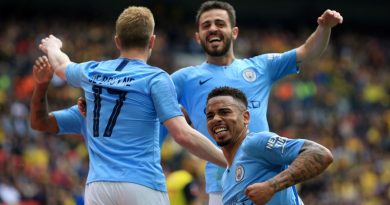 May 21, 2019 ayman022 Comments Off on Pep: Man City’s Treble harder than Champions League

UEFA defend stance on rainbow row: Symbol is not political

Jun 23, 2021 ayman022 Comments Off on UEFA defend stance on rainbow row: Symbol is not political